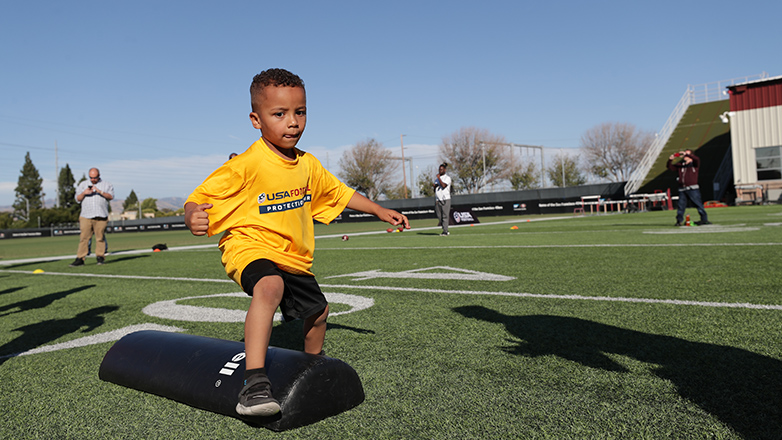 I was watching a youth baseball game the other night and chatting with a friend whose son is a rising 8th-grader. He mentioned that his son is considering skipping football this fall because “he’s an athlete and won’t have any problem making the football team in high school.”

While this might be true for this particular player at this one school, it’s misleading to assume that any student who is a good athlete in other sports can try out and easily make the high school football team.

Admittedly, the skills to play lacrosse, ice hockey, baseball and other team sports often need to be honed from a young age comparted to throwing a football or tackling an opponent. But the jump from youth football to the high school level is a bigger one than most think.

Not only is there a size difference, but the speed of the game gets much faster on both sides of the ball. Depending on the league that your child developed in, that jump to the next level might be more than expected and realized too late once cuts are announced.

I’m not suggesting that if the player really doesn’t want to play that they should be forced to. But if the reason they are thinking about skipping a season is only that they think that of all the sports they play, football will be the easiest team to make in high school, that very well could be an incorrect assumption.

Like with any decision we help our kids make – ask, listen, weigh the pros and cons, make sure they understand the potential consequences, and then ultimately let the child decide. After all, they’re the one who has to play the game.