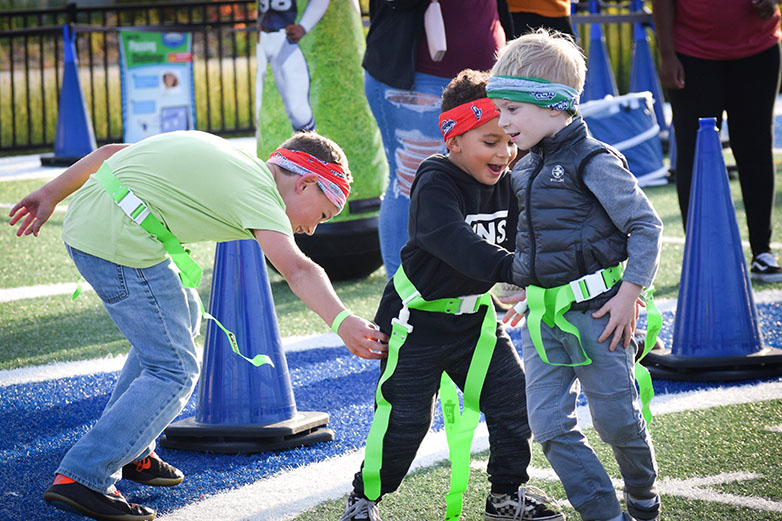 There are numerous issues that are lightning rods for conversation when it comes to youth sports - especially football - and perhaps one of the most debated subjects must be participation trophies. The discussions can range from polite disagreements all the way to really heated arguments. From a parental perspective, you have people who accept it and bring their children to an event to get the trophy. Then, you have parents who either don’t bother taking their children to the event or disposing of it.

I think parents have a right to view participation trophies however they want to. A child could also have views on participation trophies and those feelings could range depending on how knowledgeable the child is about sports and if they really feel a sense of satisfaction when the coach hands him or her that trophy.

A million thoughts about this rushed through my head this past Saturday when my eleven-year-old son received his participation trophy for little league baseball. It’s the last one he’s going to get because next season he moves up to the “Majors” and the gift to the players at the end of the season is a sweatshirt. Jared accepted the trophy, shook hands with both coaches, and smiled when he posed for a photo.

I’ll says this, Jared would have traded that trophy for a chance to play in one more game because he wasn’t smiling last Wednesday when his team lost in the playoffs. He loves to play sports, but he also has emotions from one extreme to the other whether his team wins or loses. Jared took that trophy up to his room and put it all the way in the back of his collection keeping his baseball camp “MVP” award up and various milestone balls and pucks up front.

He values his accomplishments.

My older son, who is fifteen years old and now in high school, is no different as he is sky-high after a win and down in the dumps after a loss.  When Bradley was a little younger, he had reached the point where if you handed him a participation trophy and you asked him to display his true emotions with no fear of getting in trouble, he’d probably throw the trophy right back at you. He has his Super Bowl trophies from youth football and World Series trophies from little league on display, but the participation trophies are in a box somewhere in the closet.

I always thought it was important for youth sports teams to gather one last time at the end of the season for some sort of celebration. The dynamic of a youth sports team is such that there are children on the team who are friends in school or there are new friendships made between boys and girls who attend different schools. In the past, I’ve never had a problem with participation trophies, but I think I have a few scenarios that could probably go a long way in putting this controversy to rest.

Maybe instead of or paired with participation trophies, the coaches can decide on specific team awards like “MVP”, “best teammate” or “hustle award”.

Or arrange a team party and celebrate a season of having fun and enjoying the sport that you love.  Another fun option that we’ve done with our youth teams is have a group night at a local sporting event like a minor or major league baseball game or perhaps a local college or NFL game.

I’ve gone back and forth over the years on participation trophies. I understand that the various youth programs want to reward the kids for participating but I also understand the point of view that at some time children have to learn the different between winning and losing while also realizing that there are children who have skills that should be rewarded.  There’s going to be programs that continue to give out participation trophies, but I’ve come to the realization that there are better options out there to celebrate a season.