Now Is A Good Time To Go Equipment Shopping 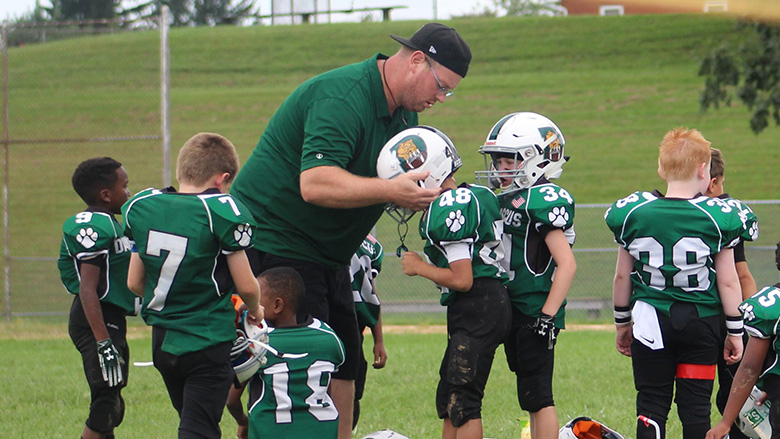 Last fall, some states had youth, middle school and high school football while some states did not and many of those states postponed the seasons until the spring. In either case, getting your child ready for the season was challenging in a number of ways including securing equipment and accessories for the season.

As our country navigated through the pandemic, some states did not have in-store shopping for a while and there were many people who had to turn to online shopping. Even when stores began to open up, there were supply issues and there were families that had to scramble to get equipment that their children needed.

Now that our country is trending towards normalcy or whatever the new normal is going to look like, it appears as if all states are on track to have normal fall seasons and that also includes those children who play flag football.

With stores, whether it’s national chains or local family-owned established getting back into the swing of things after the return of spring sports, this is a good time to start getting ready for the fall and begin the process of making sure your child has everything that he or she needs for the football season.

One of the most important things to secure are cleats and there’s probably a greater emphasis on that now.

A physical therapist told our family that because children were inactive for a while that when many of them returned to play sports over the winter or the spring, the combination of inactivity and squeezing into old cleats because it was hard to find new ones led to foot issues. Start shopping now because it’s important for your child to have cleats that fit and are comfortable.

Some stores may not necessarily have all of the football gear that you need at the start of the summer. Now is a good time start shopping for things like helmets, shoulder pads, girdles, wristbands, mouth guards, water bottles and anything else that is vital for the season. Some stores may have some deals on leftover gear from last season and you may catch some stores starting to get new inventory for the fall.

As we all look forward to a full and somewhat normal football season, getting your child ready to hit the field includes having all of the necessary gear so plan ahead and start shopping!

Peter is a sports anchor for the CBS Sports Radio Network and WFAN Radio in New York. His son Bradley is a freshman in high school and is a participant in the U.S. National Team program while his younger son Jared enjoys playing flag football. Peter, his wife Sheryl and the boys are busy cheering on the New York Jets when they’re not at a high school or flag football field.