It's Not Too Late to Find a Good Football Camp 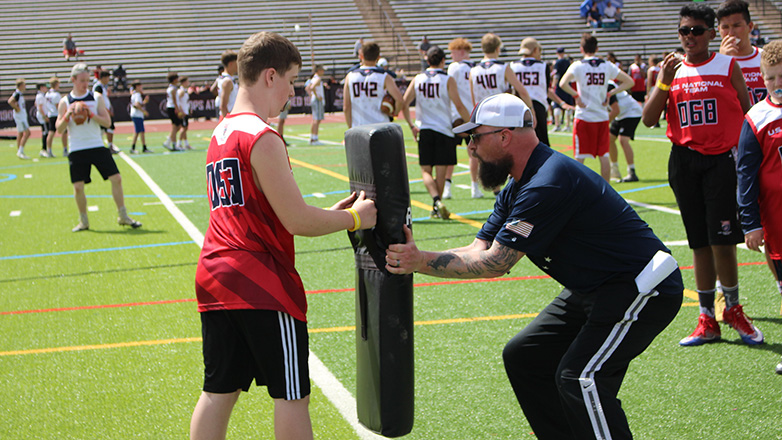 While at this point of the summer many youth football camps are advertised as “registration closed,” don’t assume there aren’t still spots available.

You probably didn’t sign your child up for one of many reasons – you just forgot, you had a family vacation planned that has now changed, your child didn’t want to go but now does, etc. – and therefore you might be in a situation where it is too late and there’s nothing you can do about it.

But as fitness guru and motivational speaker Pat Croce says: “If you don’t ask, the answer is always ‘no’!”

Camps set registration deadlines to allow them to properly plan in terms of facilities, equipment and staffing needs. Once they finalize these details, they usually don’t publicly re-open registration because they won’t be properly equipped to handle an influx of newly signed up campers. However, that doesn’t mean there isn’t room for one or two more players.

The first step is to find a local camp that fits your child’s needs – tackle or flag – and schedule of either daytime (all or half day), evening or weekend. If it’s a new camp to you, seek out a review from someone who has attended in the past. You don’t want to “settle” for something that isn’t high quality just because you’re late signing up.

The next step is to reach out to the camp director using whatever contact means are available. While I’m an avid email-first type of person, in this situation I’d suggest placing a call if a number is provided. Most likely you’ll get a voice mail and can leave a message, and then I would also follow that up with an email whether it’s directly to a person or filling out a form on the contact page of the camp’s website.

While you await an answer from your first choice, begin looking at other camps and as soon as you find one or two, repeat the reviewing and reaching out process.

Hopefully you get at least one positive response, and if you do, I suggest saying “yes” even if that camp isn’t your first choice. Otherwise, by the time you hear back from your first choice, if the answer is “no,” the spot you declined at the other camp might be filled.

Attending a summer football camp or not won’t make or break your child’s football career. However, if they want to go and you have the means to send them, take every opportunity you can to get them there … even if registrations are advertised as closed.