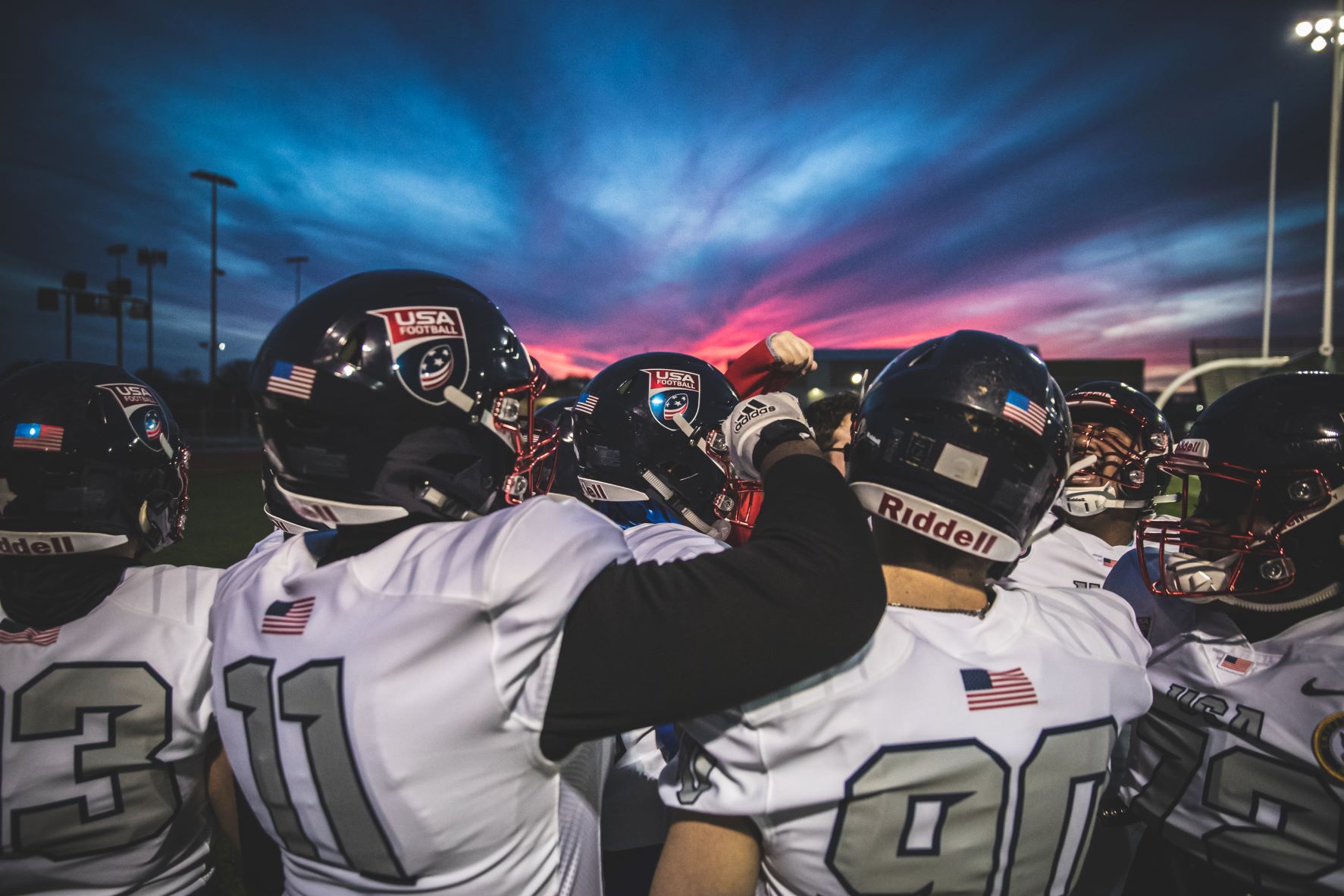 USA Football is proud to highlight some of our National Team alumni who recently realized their childhood dream of hearing their name called in the 2021 NFL Draft and embarking on the next chapter of their careers.

The New England Patriots drafted Alabama quarterback Mac Jones with the 15th overall pick. Jones served as the signal caller on the U-19 National Team that beat Team Canada 33-11 in the 2017 North American Championship, where he led the offense by running in a pair of scores, one of which from 47 yards out.

Before Jones was a national champion, he played through the ranks of Pop Warner all the way to the United States National Team (USNT). While his career thus far speaks for itself, one thing that’s stood out to him was the opportunity to play for Team USA. When asked about his time with USNT, Jones said, “Playing for the United States National team was definitely different than any other football experience I had in my high school years. Just to see a lot of guys who have already committed to colleges come together and play their last high school football game, technically, was just really cool to see and is something that I will never forget.”

Minnesota wide receiver Rashod Bateman was taken with the 27th overall pick by the Baltimore Ravens. Bateman, a two-time U.S. National Team player, played on the Under-18 National Team at the 2017 North American Championship, catching two passes for 38 yards in a 26-0 victory over Team Canada. He’d return the following year to play in the International Bowl as a member of the U-19 Team, grabbing five catches for 54 yards and scoring on a reverse from 15 yards out in a 47-7 win over the neighbors to the north. 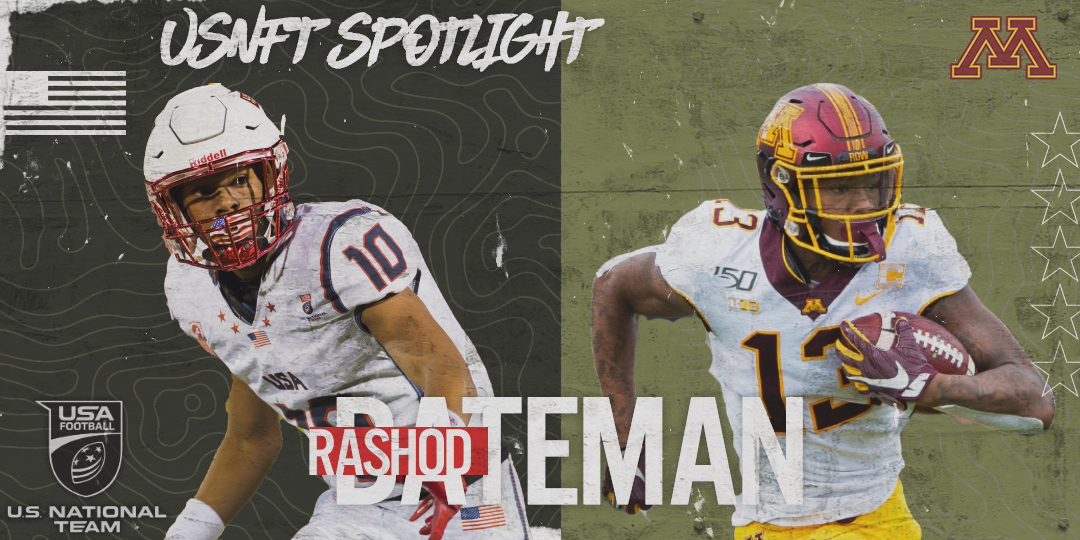 Born and raised in the Peach State, Bateman was a two-time All-Big Ten selection, being named to the first team in 2019 and third team in 2020, respectively, during his time as a Golden Gopher. He also won the Richter-Howard Receiver of the Year award in 2019, which is given to the Big Ten Conference’s top wide receiver.

Before Bateman was tearing it up in Minneapolis, Bateman worked at his craft for years and, coming out of high school, was ranked the 40th best player in all of Georgia. He was given the opportunity to play for Team USA in 2017 and 2018, saying his experience within the USNT was so special because, “Going into college, I was trying to get that college experience. It’s really better than a college experience because you get treated like an NFL player – the way you practice, the way you get prepared for games. And it just gave everybody that feeling and kind of just made everybody go harder.”

Illinois offensive lineman Kendrick Green was selected by the Pittsburgh Steelers with the 87th overall pick. Green repped the red, white and blue in 2016 when he traveled to China for the International Federation of American Football (IFAF) U-19 World Championship, helping lead the Stars and Stripes to a silver medal finish.

A homegrown prospect from Peoria, Ill., Green took an untraditional route to the pros after getting to school as a defensive lineman. He redshirted his first year and transitioned to offensive line, where he would be an anchor in the trenches for the next three years. After being named an All-Big Ten honorable mention in 2019, Green came out in 2020 and dominated. He was named a first team All-Big Ten selection and was also named to the honorable mention All-American team by Pro Football Focus.

But before his position change and success at Illinois, Green competed for the USNT in the 2016 IFAF World Championships in China. In talking about what the experience meant to him, he said, “It was my first time playing with people I honestly didn’t know. But we grew so close over that short period of time, so that was really exciting.”

All these men have a lot in common, from playing college ball at the highest level to being a part of the same draft class. But even more unique is the experience they all share of representing our country on the national stage. Wearing ‘USA’ across on your chest is an honor that many dream of, yet few attain. As evidenced above, representing our sport and country on an international stage is an accomplishment that many of our alumni cherish for the remainder of their careers.

USA Football stands incredibly proud of our alumni from all over the country. Being able to be teammates with athletes from across the country and compete against athletes at the international level is an experience found only at USA Football. Congratulations to these 2021 draftees, who have and will continue to represent the U.S. National Team shield and USA Football proudly both on and off the field for years to come.

Build a foundation, better your skills and become your best self through USA Football’s High Performance program.

Men and women can showcase their skills at flag and tackle U.S. National Team Pathway events all over the country, whether they’re competing, training, or both.