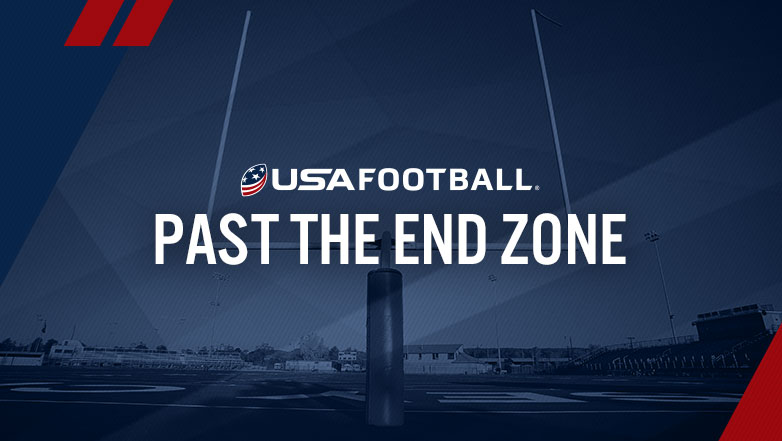 New York native Ed Roldan has been coaching sports for 44 years, 35 of which have been spent caring for and teaching kids in youth football.

Growing up in the Big Apple, Roldan never had it easy. His childhood was formed through the local Boys & Girls Club, where he met father figures and mentors that helped guide him during his early life.

Now, four decades later, Roldan remains part of community-based organizations, except he isn’t the student this time. Instead, he is the father figure, the mentor, the teacher and the one who advocates for the kids who need him. “I want to share my knowledge of success with these kids,” he told USA Football.

As a football coach and board member for the Southeast Bronx (N.Y.) Youth Coalition, Roldan puts every ounce of himself into his work. As he puts it, “Passion drives me because that is what saved me.” Roldan wears his heart on his sleeve and truly loves and cares for his community and the kids within it.

To Roldan, football is much more than just a game. “Football has given me the discipline in life I needed to succeed,” he said.

Football is a way for these students to block out noise in their lives. It allows them to have a safe space where they know they will never be given up on. In this safe space, Roldan runs a tight ship that puts education at the forefront. “It’s important for them to understand the impact that education can have on you and how it can open doors and create opportunities for you,” he said. “This is what we call ‘the process’ and that is what we teach.”

Roldan is unique in the sense that his attitude is always so positive. Just talking about the kids he works with, one can easily pick up on the excitement, passion, and genuine love in his voice. It all started with Roldan’s son coming home and saying that a bunch of kids showed up for football practice but didn’t have a coach. After learning of this predicament, Roldan and three other neighborhood dads stepped up to the plate and some 30 years later he’s still making a difference in kids’ lives.

He keeps pushing forward because of the kids. His commitment and love for the program and the kids he serves every day is palpable. Undoubtedly, Roldan has changed the game of football for the better, and more importantly, left an indelible mark on his community and the kids who’ve grown up in it by giving them access to the tools they need to succeed in life through the ultimate team sport.

Coach Ed Roldan is a true difference-maker, and if there’s a simple mantra for how he lives his life – one that all of us can certainly seek to emulate – it’s this:

“No child left behind. We don’t turn kids away from playing, ever.”