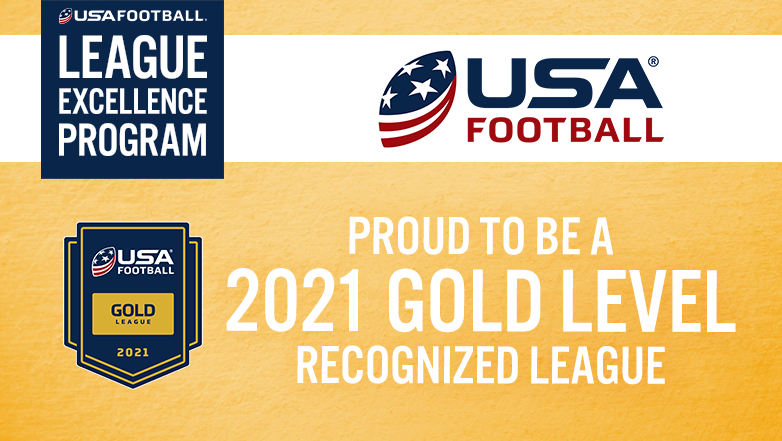 The Down Bottom Falcons located in the East Ward of Newark, New Jersey have earned Gold Level status through USA Football’s League Excellence Program for the 2021 season.

The League Excellence Program is a way for youth football organizations to earn recognition for a commitment to raise operational standards and provide a great environment for athletes and their families.

The Falcons are led by Commissioner Damon Harrison, along with other members of the leadership team Darrell Wolf and Gwynn Mazyck. Together they have brought youth football back to the east ward of Newark for the first time in over 20 years. In their first season back Harrison and company were able to bring out 98 players and put together four separate teams.

“My priority in coming back to New Jersey was to give back to the kids through something I love to do which is coaching.” Harrison said.

Though the club may not have the tenure in comparison to most, the Falcons have established a high standard for player safety and skill development.

Though the club may not have the tenure in comparison to most, the Falcons have established a high standard for player safety and skill development.

“Being a part of our organization, anyone would tell you that walking in the front door every day is like seeing your family on Thanksgiving.” Harrison added candidly. The family atmosphere in the Falcons organization depicts a new and youthful organization with the ability to promote youth football the right way.

FINDING THE RIGHT LEAGUE FOR YOU

Trusting another set of adults with your child takes a leap of faith. USA Football’s League Finder helps parents find leagues nearby that are working hard to improve the athlete experience.

Find a league near you that puts athletes first.