A parent's guide to offseason conditioning for youth football players 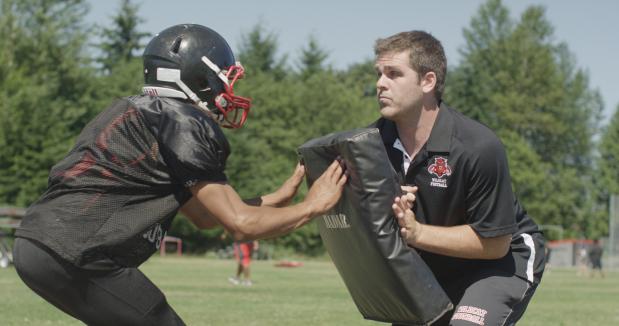 A youth football season typically begins with training camp in August followed by games from September to November. Some programs might even do a July minicamp without pads so returning players can shake the rust off, and players new to football can get accustomed to what lies ahead.

But things are different today than they were years ago, even for players just starting out in the sport. Preparation isn’t just about camps and practices during the summer but also about strength and conditioning and how to get a young body ready to play.

“I think what kids need to do is they need to prepare for training,” said Rob Panariello, a New York-area physical therapist and strength and conditioning coach with more than 30 years of experience.

Panariello is a founding partner and chief clinical officer for Professional Physical Therapy. He said this generation of kids aren’t as active as they were years ago, which increases the need for preseason conditioning.

“They don’t ride their bikes everywhere,” Panariello said. “They’re playing video games as opposed to being out in the streets playing game. I think it’s imperative that they prepare before they start training.”

Panariello outlined six ways that youth football players can improve their strength and conditioning during the offseason:

Offseason strength and conditioning is important for youth football players. If done correctly, it helps children prepare for the physical demands of the season.

Peter Schwartz is an anchor and reporter for CBS Sports Radio and WFAN Radio in New York. You can read his general CBS New York sports blog at http://newyork.cbslocal.com/tag/peter-schwartz/. You can follow him on Twitter @pschwartzcbsfan. Peter and his wife, Sheryl, are the proud parents of Bradley and Jared. Bradley plays for the Levittown Red Devils of the Nassau Suffolk Football League on Long Island in New York. Jared cheers him on and Bradley returns the favor when Jared is playing soccer.