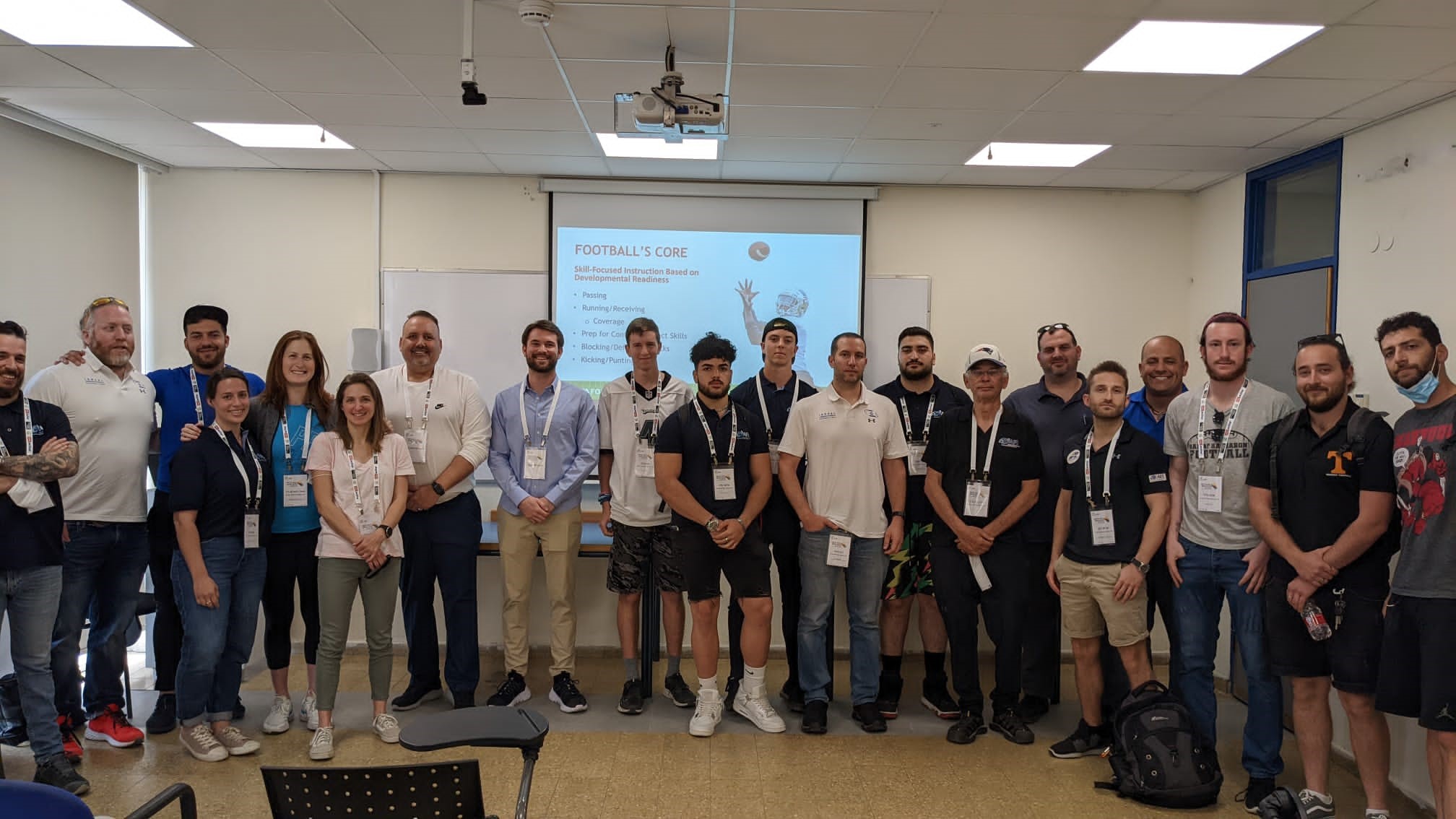 Krueger and Muñoz met with Israeli flag and tackle football coaches from all levels of competition in five separate 90-minute presentations in classroom and on-field settings. The presentations, which took place on April 6-7 at Wingate Institute – The National Institute for Sport in Israel, represented the first time USA Football presented the FDM internationally.

USA Football’s FDM is the first national application of a long-term athlete development model for American Football. It is a comprehensive approach to training athletes of all ages created in partnership with leaders in medicine, football, and exercise science to deliver developmentally appropriate teaching methods. 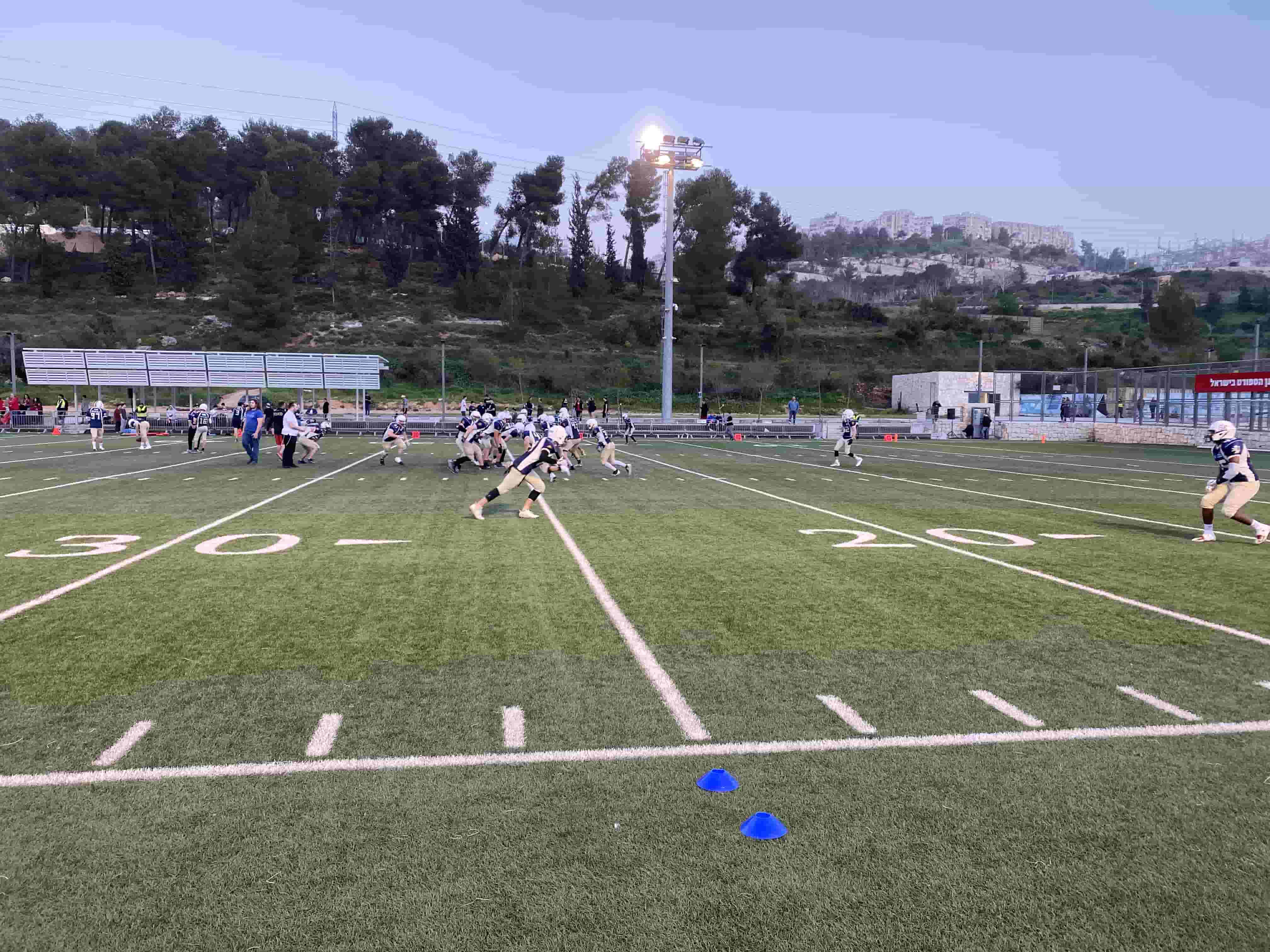 USA Football began piloting the FDM in 2019, and it has since become a key part of the non-profit’s Youth Coach Certification, which has earned accreditation from the United States Center for Coaching Excellence (USCCE) through 2028.

Krueger and Muñoz observed significant strides Israel is taking to provide pathways and opportunities for its flag and tackle athletes. Israeli coaches were eager to learn about the FDM as they strengthen the foundations of their programs.

“Football is gaining relevancy in countries like Israel,” said Krueger. “Passionate people across the globe are doing incredible work to promote, advance, and grow the sport in their countries. These are the same ideals that comprise the foundation of our mission at USA Football.”

“These countries don’t have the history and mass popularity that we are blessed with here in the U.S., especially in terms of youth programming,” Krueger added. “Olympic inclusion would have a strong and lasting impact in this regard.”

Israel is one of many countries where football is growing in popularity and depth. The 2021 IFAF Flag World Championships featured the greatest number of competing nations at a single event in IFAF’s 24-year history: 39 combined men’s and women’s national teams from 22 countries. The U.S. Men’s and Women’s National Teams earned the championships’ gold medals.

Football’s growing popularity will be on display again this summer as flag football makes its World Games debut in Birmingham, Ala. from July 7-17. The World Games represent flag football’s first appearance on an international, multi-sport stage. The sport’s inclusion in an Olympic-style event, expected to draw 3,600 athletes from over 100 countries, is a historic milestone.

The World Games and the possibility of flag football becoming an Olympic sport, could further accelerate the sport’s global ascent. USA Football remains eager to share the FDM and its experience with developing national programs to continue powering football forward.