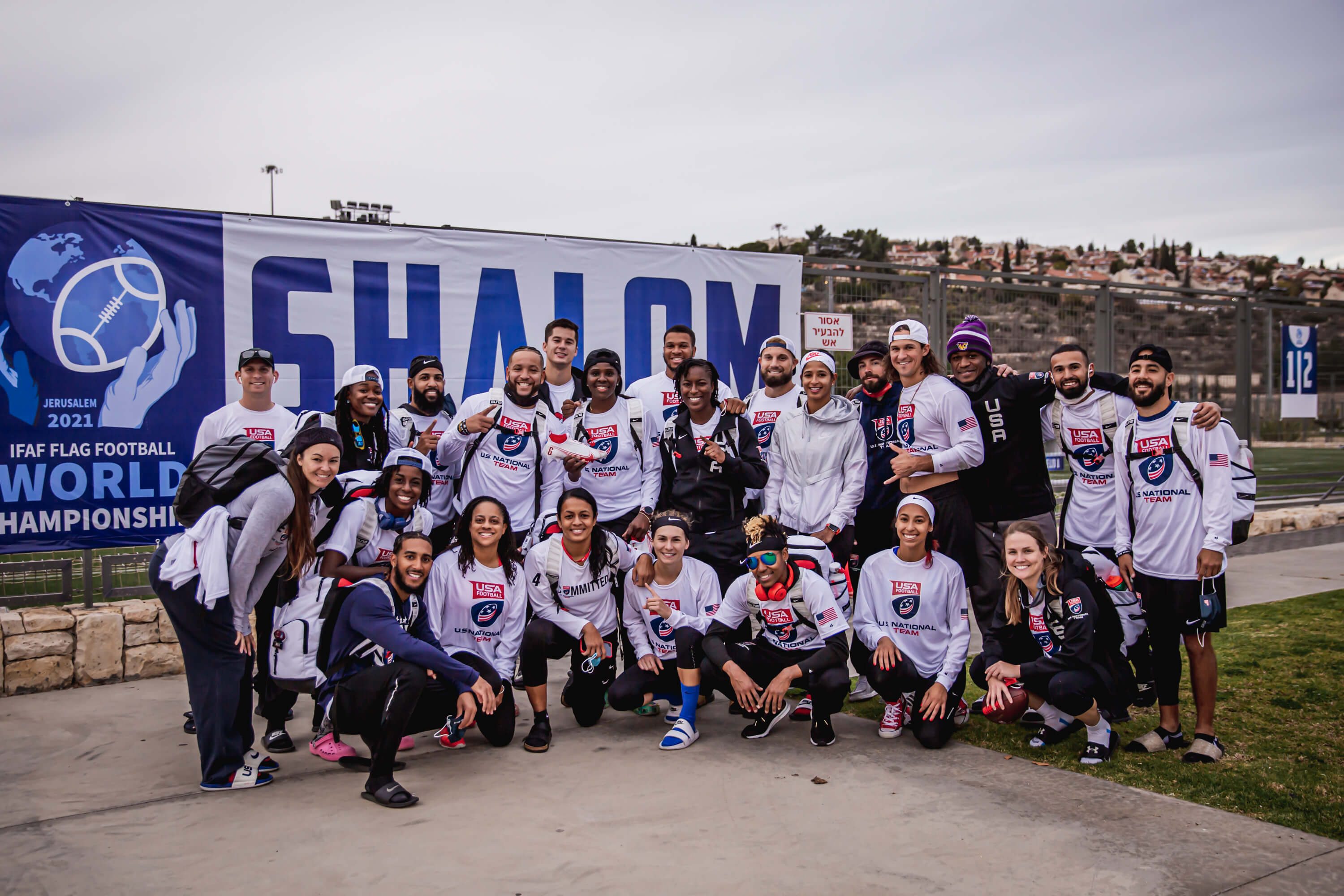 The 2022 U.S. Men’s and Women’s Flag National Teams are preparing to play on the largest stage in flag football history. This month marks the sport’s debut at The World Games, which take place in Birmingham, Ala. from July 7 to July 17. The event represents flag football’s first time appearing on a multi-sport, global stage.

“It’s exciting and very humbling. I feel grateful and very blessed to be a part of this,” said U.S. Men’s Flag National Team defender David “Bobo” Price. “I’m enjoying the ride right now, including going to The World Games and pushing for flag football in the Olympics. I get to be a part of one of the biggest games in flag football history at The World Games. I feel truly blessed.”

“I’ve played on a lot of different stages, including playing in the Women's College World Series while attending Oklahoma State,” said U.S. Women’s Flag National Team defender Mariah Gearhart. “I’m excited about playing in the World Games because it was a dream of mine as a softball player, but the pressure doesn’t feel as heavy as in past events.

“Playing in different countries like Israel in 2021 and Panama in 2018, when we were trying to win the first gold medal in U.S. Women’s Flag National Team history, exposed us to stages that felt bigger at the time,” Gearhart explained. “We’ve been doing this for so long, especially the core group of us that have been on the team since Panama. This is going to be just another day in the office for us.”

“I’m trying to go out on a high note for my career,” said Gearhart. “I’m one of the vets on this team. My goal is to win a World Games gold medal, which is something that was a goal of mine as a college softball player. As a team, our goal is to stay on top. We want to prove that we are the best and continue to show why we were selected for this opportunity.”

Sixteen flag football national teams (eight men’s and eight women’s) composed of 12-athlete rosters will participate in The World Games. Games will follow IFAF 5-on-5 rules. IFAF is a provisional member of the International Olympic Committee and has 71 member countries.

“We want to put on a show to help advance this sport toward the Olympics,” said Price. “We’re hoping to represent our country well and win gold. We don’t want to let anyone down. Personally, I want to make a name for myself, but I’m all about being a team player and winning games. I’ll play whatever role they ask of me, and maybe I can make a few highlights in the process.”

The World Games is an Olympic-style event that debuted in 1981. Event organizers anticipate 3,600 athletes from over 100 countries will compete in more than 30 events this summer. Several events that previously took place in the World Games have joined the Olympics, including beach volleyball, taekwondo, and triathlon.

“It means a lot to see flag football expanding,” said Price. “I fell in love with the game and watched it grow as I played over the last 15 years. I try to tell people who aren’t in the flag game how fast it’s growing. I know it’s exploding at the youth level right now. I’m just enjoying being a part of it. When we look back 10 or 20 years from now, I will say I was part of elevating the sport.”