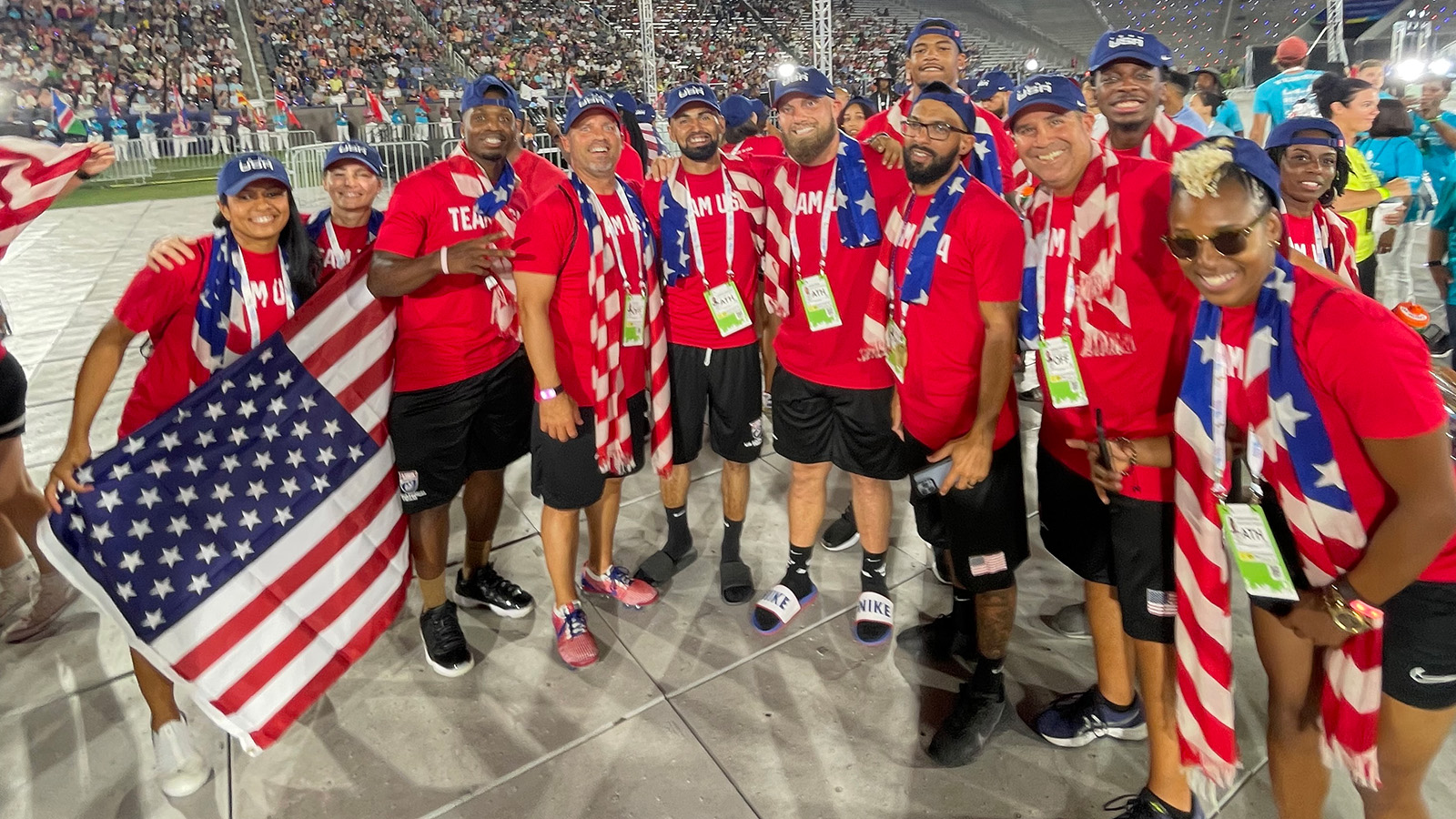 When Rutgers and the College of New Jersey (now known as Princeton) played the first American Football game 153 years ago, who could have imagined what would transpire tonight in Birmingham, Ala.?

Flag football is now officially on the world stage.

Opening ceremonies for The World Games 2022 kicked off the 11-day event tonight, featuring more than 3,500 of the planet’s most prolific athletes from 100-plus countries at Protective Stadium in downtown Birmingham.

And the world’s fastest, strongest and most skilled flag football players were among them, entering the stadium field with their respective nations’ athlete delegations.

Flag football – for the first time – is being played in an international, world-class multi-sport event.

From July 10-14 in Birmingham’s historic Legion Field, games will be played among a total of 16 Women’s and Men’s flag football national teams spanning four continents to crown The World Games’ first gold medal winners of a burgeoning global sport.

An American flag that had travelled 3,100 miles through 15 states, starting from the U.S. Capitol in Washington, D.C., on May 25 arrived at its destination in Protective Stadium to begin the night’s festivities. The event was highlighted by a “Parade of Nations” – approximately 100 national delegations of athletes announced alphabetically, beginning with Afghanistan and concluding with the United States, the loudest of cheers coming for the Americans and Ukrainians.

Birmingham, a city steeped in football passion, is now forever etched in the game’s history – a game that holds a future as bright as a torch for its youngest athletes and the countless others who will follow them.