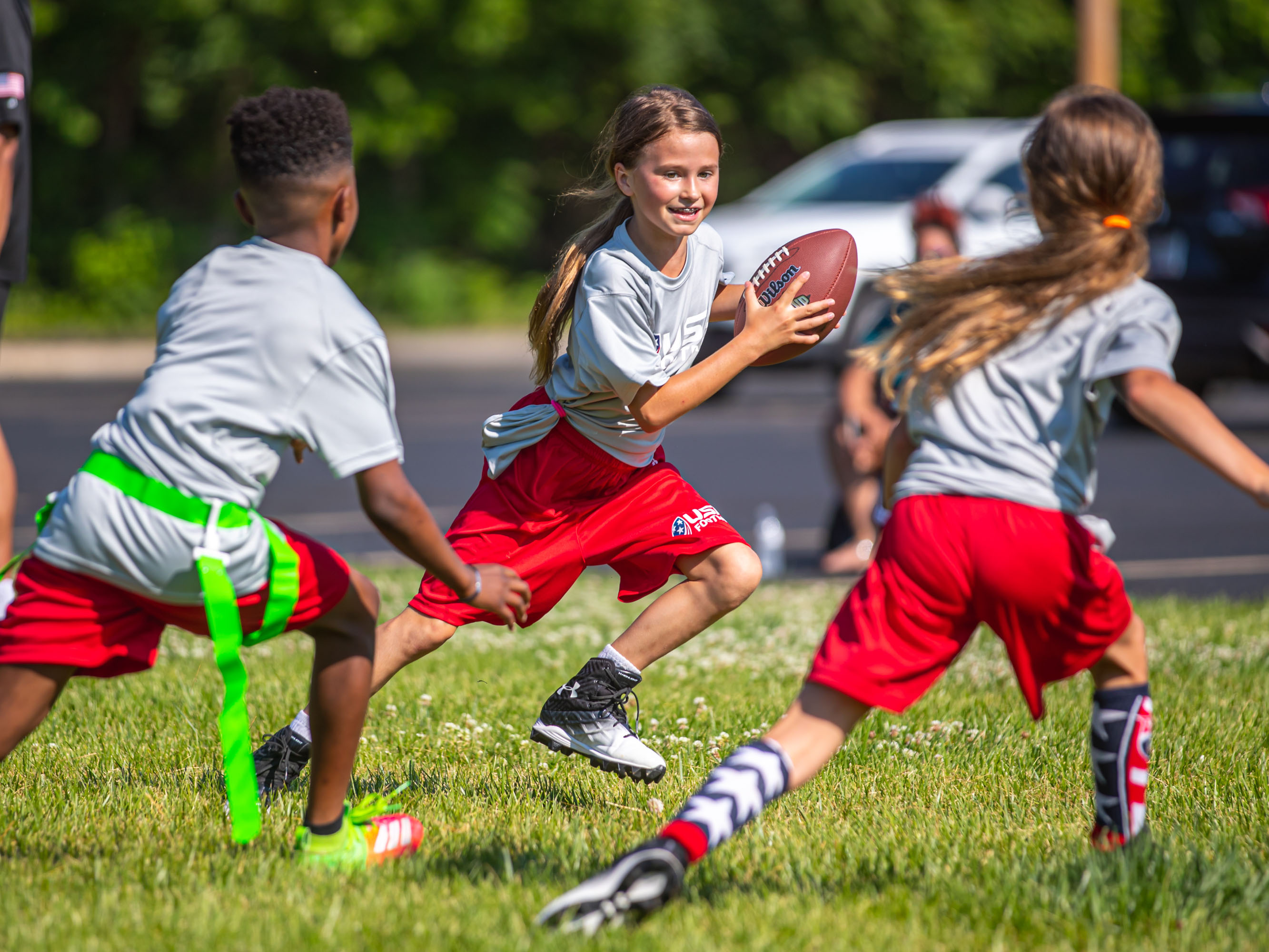 USA Football conducted a webinar with BSN Sports to discuss girls and women in football. This discussion allowed for females to relate, inspire, and create space for one another. Steve Alic from USA Football, mediated the conversation of players, coaches, and officiants that are currently dominating the football industry.

Steve Alic first asked the panelists how women in tackle football is changing. Angelica Grayson, the head Women’s Flag Football coach at the University of Saint Mary, first states that, “football is now being reimagined and recreated, which allows for women to show their competitiveness and aggressiveness in the sport.” Angelica Brown, who plays on the Atlanta Phoenix, agrees with Grayson, and explains that there is now opportunity for young girls in football. Through flag opportunities and high school teams, females can become involved with the game earlier in life.

Steve Alic next asked, “how might playing other sports help you in becoming a better football athlete?” Ashley Whisonant a member on the U.S. National Teams answered, “sports teach humility and teamwork. Having experience in other sports will strengthen the power your muscles have. The group of panelists agreed that like men, women being involved in other sports before football is a strength.

Alic next wanted to know the commonalities and differences between coaching men and women. Jodie Nettles, football player and coach responded with, “women look for the why behind each instruction. Women want to gain the knowledge from their teammates and coaches.” Knegi Martin, co-owner of San Diego Rebellion, adds to Nettles answer and further explains that “women want to know the why because of the lack of access they may have had on knowledge and resources of sports. Women also tend to participate in football later in life, so they focus on learning and perfecting the fundamentals. Men and women in football both share that same passion.” Nettles responds to that with, “it is the coaches’ responsibility to understand this and instruct the terminology and fundamentals, for example play vs. pass and formations, that way their athletes are set up for success.” Women building up women, especially in a male dominated sport, is crucial when trying to grow the game and opportunities for women.

Ashley Whisonant states her excitement for the IFAF Women’s Tackle World Championships because of the representation being held. The staff includes female professionals with head coach, Callie Brownson of the Cleveland Browns. Having this representation especially for women’s football, allows for pathways to form and inclusivity to rise.

Alic continued the discussion by asking Desiree Abrams, an NFL Replay officiator who represents high school and the NCAA, “how she got to where she is and what the best and toughest parts of being an officiator are?” Abrams says that “officiants have the best seat in the house and participate in every aspect of the game: the admin, the player dialect, and the strategy. Being an officiant, you are constantly learning football and gaining a greater understanding of the game. The toughest part is the expectation of perfection and officials are subject to backlash. It is the only profession you are expected to be perfect from the first snap.”

Steve Alic concluded with asking the panelists what advice they have for girls and women in football. Desiree Abrams answered first stating, “don’t let that interest go unanswered, go to local games and reach out to someone you may know, coaches and administration.” Angellica Grayson adds to that, “find out what you want to do and go out of your comfort zone to try.” Knengi Martin agrees to those points and explains the importance of having advocates around you supporting you. Jodie Nettles states, “do your research and find the format of football you want to play and learn the game.” Lastly, Jordyn White says “aspire, have a vision of the person you want to become, the athlete you want to be, and understand what it will take to get you there. The determination and sacrifices it will take.” Women in football are paving the way for future female athletes, so that they can have the access and opportunity to learn, play, coach, and officiate the game.