Journal of a Youth Coach: Smart warm-up and teaching on our knees 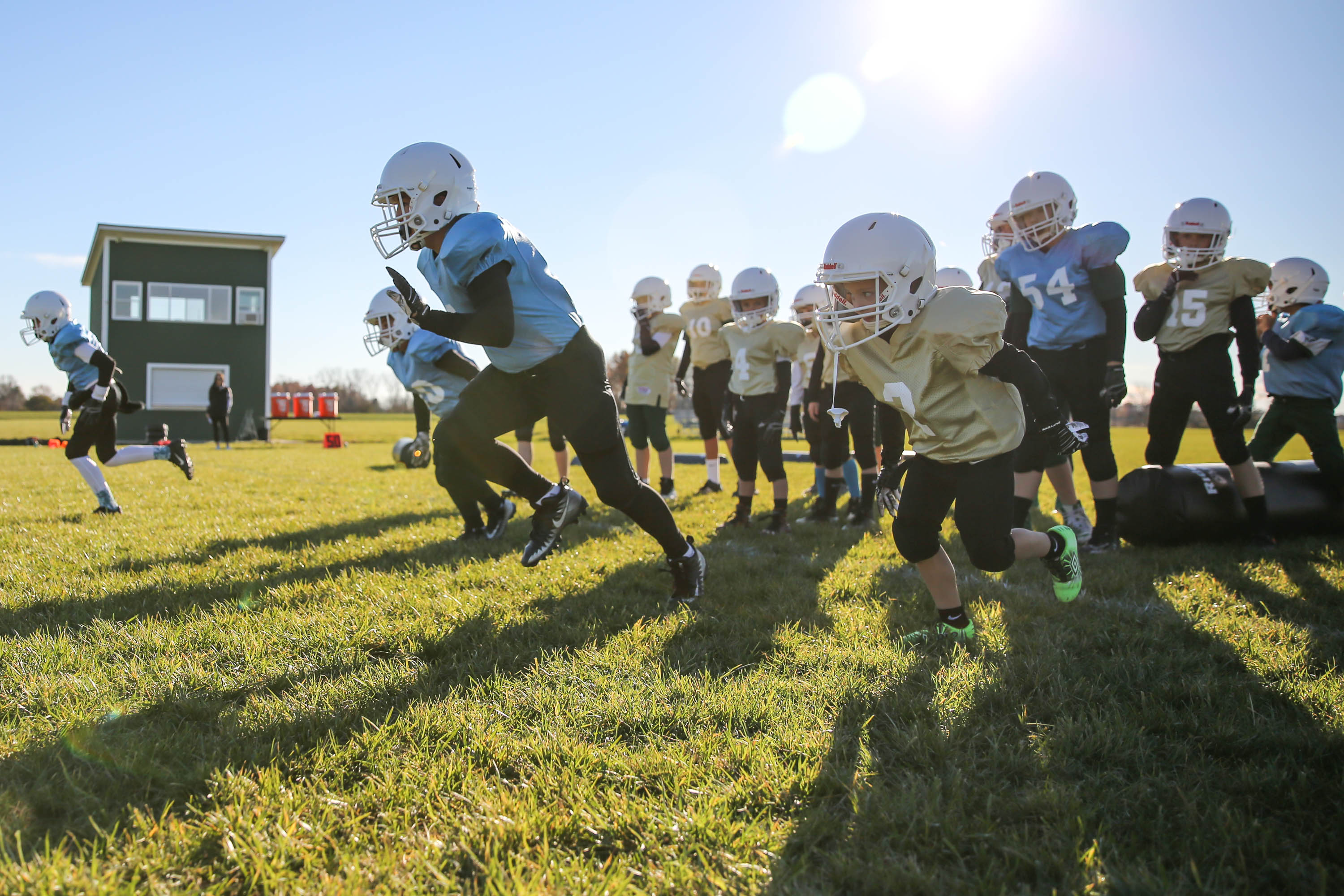 Today’s practice left me wondering about what is important and what isn’t in the youth game. Where do we spend our energy for change? I certainly got a lesson in that at practice and my following mental debrief.

It started during the very traditional warm-up. First player in each line up, a coach does a little yell/chant, players yell back and clap, coach says ‘hit’ and they’re off.  If the line didn’t cheer or clap well enough or in unison, do it again. Fairly typical but my mind instantly jumped to “Why? This is taking so much time (in warm up, no less) that could be fun games and learning.”

Having worked a lot with high-level and elite programs, one thing I can say for sure is that this stuff does NOT matter. We have all seen the team with a great warm-up and military precision pregame procession get throttled once the game begins, why waste time on the way we have always done it when kids could be running, jumping, exploring movement, learning and developing?

That said, I did allow myself to reflect. I’m used to elite athletes. These are kids. At 8 or 9, is it better to teach unison and teamwork in everything we do because they don’t have the cognitive ability to switch back and forth? Older players wander to the line and find their stance in their own time with their own ritual and pattern, then fire out together. Do kids function better coming off the line together if everything they do is structured around togetherness? If togetherness and unison is the goal is this even the best way to teach it? It may work for kids but in this big group setting is it wasting time when the important thing will be how each individual team handles the process?

As the groups finished warm-ups, they ended with two 30-yard sprints. I heard a coach say, “All the way to the line, how bad do you want it?” How bad do you want it? It’s warm-ups. With eight-year-olds. Old coach-isms and terms die hard. That set the stage for the rest of practice.

As the kids were in pads today, we got to do angle tackles. A few of the coaches were extremely excited; more excited than the kids that’s for sure. “We get to play real football,” “Time to hit,” all the normal stuff. “I’ve been waiting three years for this.” I’ve? Not the kids, but YOU, the coach, the adult has been waiting to hit? I wonder about the athlete-centered nature of it all.

Most groups started with a tackle review from the first two days. I think mine went longer than most, but I have a detailed eye for safety KPIs. If you follow my work, you know how much I value open practices, self-exploration and not overcoaching, but you must earn the right when it comes to safety KPIs and intro to contact. Show me you can be safe.

One group stood out as they jumped straight to a big space, maybe six or seven yards on the square. There were a few big hits and a lot of coach cheering. There were also an equal number of complete misses. I didn’t see anything I felt truly unsafe about, but there were only a few athletes ready for that space and distance in my opinion.

My basic coaching philosophy is stress inoculation. Give a dose, get used to it, show some stability of technique, and build from there. We started at one step away on the angle. By the end of practice, we had built up to just three yards. I had multiple levels of players in front of me, including one player that was excellent (and I don’t say that easily), a second player that was a very good athlete but had his flaws, three that were about what I would expect for first-year tackle players, and one that was truly hesitant of contact and pulled away at the last moment.

When we built up to three yards, I’d say one out of every three or four reps was good. Instead of backing the drill back down I let them stay at three yards, but after each poor rep, I brought the two players back and started them somewhere around a yard away and had them redo the end portion, the connection, and the hit. I wanted them to feel the bump, get comfortable and emphasize accuracy and positions. It normally took three micro-reps, the end bumps, before it looked good. They rotated through the line and tried to do it from space. We micro’ed the end portion if needed again and repeated the process.

Post practice I heard from a parent that they were glad I was ‘teaching.’ They said the other group didn’t offer any feedback, only the cheering for big hits. They also mentioned the huge number of complete misses.

I am patient in my build-up because the kids don’t play for five weeks. I don’t feel the need to jump to a big game day space. I’m comfortable with the time, and defensive backs will be prepared for defensive back depth when it counts.

I was also told by the parents that they liked how I was always ‘on the players’ level.’ I spend a good 45 minutes of the one-and-a-half-hour session on my knees, down with the kids. I wear a hat for the sun but take my sunglasses off when talking with the kids. I didn’t even realize it to be honest. It just felt right in the situation.

Circling back to the opening paragraph, there’s no need to worry about small issues when, at the end of the day, a few kids may have had poor contact experience or completely missed every tackle and taken confidence hits with no correction or plan to get better.

Fight the fights that need fighting. You have to prioritize and execute because if everything is an important issue, then nothing is.