Journal of a Youth Coach: First day of Team practice - some on-field breakthroughs and a heartbreaking ride home 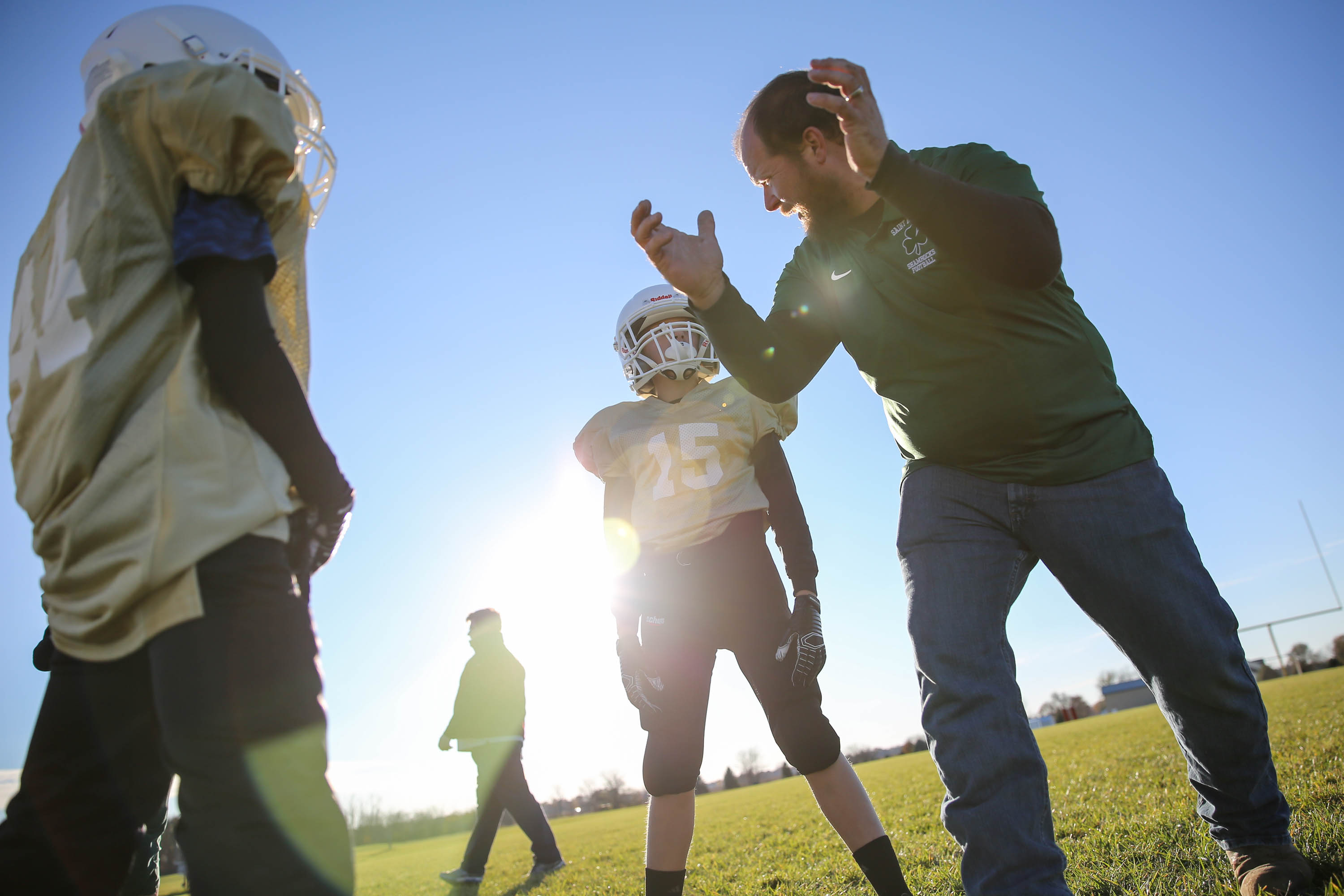 We had our first team practice last night, and I was feeling great. The head coach seems great, and I really think we will get along well. He coaches other youth/middle school sports, has a wrestling background (prep for contact anyone?) and is a teacher (the most valuable skill for helping and dealing with groups of kids).

Practice started with an impromptu parent meeting to introduce ourselves and explain Rookie Tackle to everyone. In my personal introduction, I mentioned that I was the one that “actually lead this project at USA Football, so let’s hope they don’t hate it.”

We followed up by checking all the kid’s equipment.  Helmets all seemed good, although still many struggles with the buckles and shoulder pads were about half too lose.  Coach and I joked to the parents that it was okay and as first year tackle parents, if you didn’t have an older child that played, all this stuff might as well be a space suit and first-year players don’t know what it should feel like.

Coach asked me to take the tackle work, so I did the instruction there. Here is my formula for teaching kids how to tackle. I started the kids in a group with a chat to review what they learned during camp. I didn’t give any answers, only questions.

Next, we moved to a “fit” period where we checked if the kids could find the right place to hit an opponent. We did a series of three squeeze and releases from that position for a bit of time-under-tension. Needless to say, the body positions were terrible, but it didn’t really bother me.

Kids need to explore. They need a lot of exposure, and they need to learn what it actually feels like, not live in descriptions. The biggest thing that stood out to me was how much they struggled to bend. We will address that with some athletic development addition to warm-ups and more time in our “good” positions. They are developing kids so sometimes physical traits will be lacking, and it’s not their fault, they need mother nature and some growth.

We next moved to “Standing Roll” vs. a partner. Another thing that stood out to me was that kids are terrible at slow speeds. This is because they lack the control, coordination and strength. Doing movements slowly is extremely hard. Seems they can’t ‘find’ the force or strength when they need it and can’t just turn it on.

When we did it at speed, every athlete looked better. That is something to think about when designing practice. Overly segmented movements often don’t work well with kids.

Our final drill was angle tackling in very small spaces. I continued my simple stress inoculation approach: Fit, hit to a fit, tackle from a foot, same tackle from two-three yards away. I did three reps with each kid with little feedback to avoid overcoaching and allow them to figure it out. Plus, this served as my evaluation – everyone got two more reps where I asked them, “What do you think I like?” and “What do you think you could have done better?”

Items we learned: you really have to be strong with your clamp and grip. People just don’t fall down; you have to bring them down. Awesome to see the kids learn!

I went back to my micro coaching set-up where I brought the pairs to six inches apart, drilled the strike and shoulder placement at speed and power, but in small spaces. Once the player got a good one and ‘felt it’ we jumped back to the full distance and tried to put it into practice. The results were great, and we had a few breakthroughs. The highlight of the night was a player who struggled in the first five reps having a great one after our micro. I heard his parents clapping from the sideline and know he did too.

As I walked off the field, I made sure to walk to as many players as possible and ask, “What did you learn today?” Smile with them, keep it fun, give out fist-bumps. This is a great way to reinforce and check for learning. During that process, my wife caught my eye and said, “You might need to help your son, he had a rough one.”

My son was sitting in the car, and he was super down. He says he struggled with tackling – he was in the other team group, not mine so I didn’t see any of them. He says he “messed up thing one, the first rep; fixed it on rep two but messed something else up.” Third rep, he got the first two mistakes fixed but got something wrong he had previously done right. It’s not a big deal, except he wanted to be a great tackler and his first day (ever) of football practice didn’t go as planned.

Moments later he blurted out, “I’m a stinking football embarrassment and Dad is like an awesome legend at it.” I was crushed.

When I wrote in Episode One, I had been hesitant about coaching and the pressure he might feel. This was the exact moment I had tried to avoid. I can’t begin to describe how I felt for the poor guy.

I have worked incredibly hard not to put any pressure on my son athletically. We never pushed football and never said being a dominant tackler was a goal. Yet not being great at football seemed to hurt him against these unsaid expectations. Kids are smart, they pick up things. He knows what I do for a living. He hears me on the phone with coaches and doing Zoom calls and teaching football.

I think he wanted to be great. He was upset, sad and maybe embarrassed.

We had a good talk when we got home. We spoke about fishing and basketball, tying shoes and how first days are always hard, but still thinking about that moment and his words was incredibly hard for me.

No parent wants their child to feel like a failure, especially if some of that emotion comes from their parents’ profession or status. It was a reminder that they know, hear, and feel everything.

As for my son, we will have a positive attitude, keep it fun, and get better. Expectations can be crushing. Reality can punch you in the gut, and anyone, especially kids, can feel hurt in front of their peers. So much of our job as parents, coaches and leaders is managing those feeling and guiding the process.

Here’s hoping I do a good job and stand up as the father this young guy needs.