Journal of a Youth Coach: Picture Day, an encouraging scrimmage, and the importance of ‘just playing’ 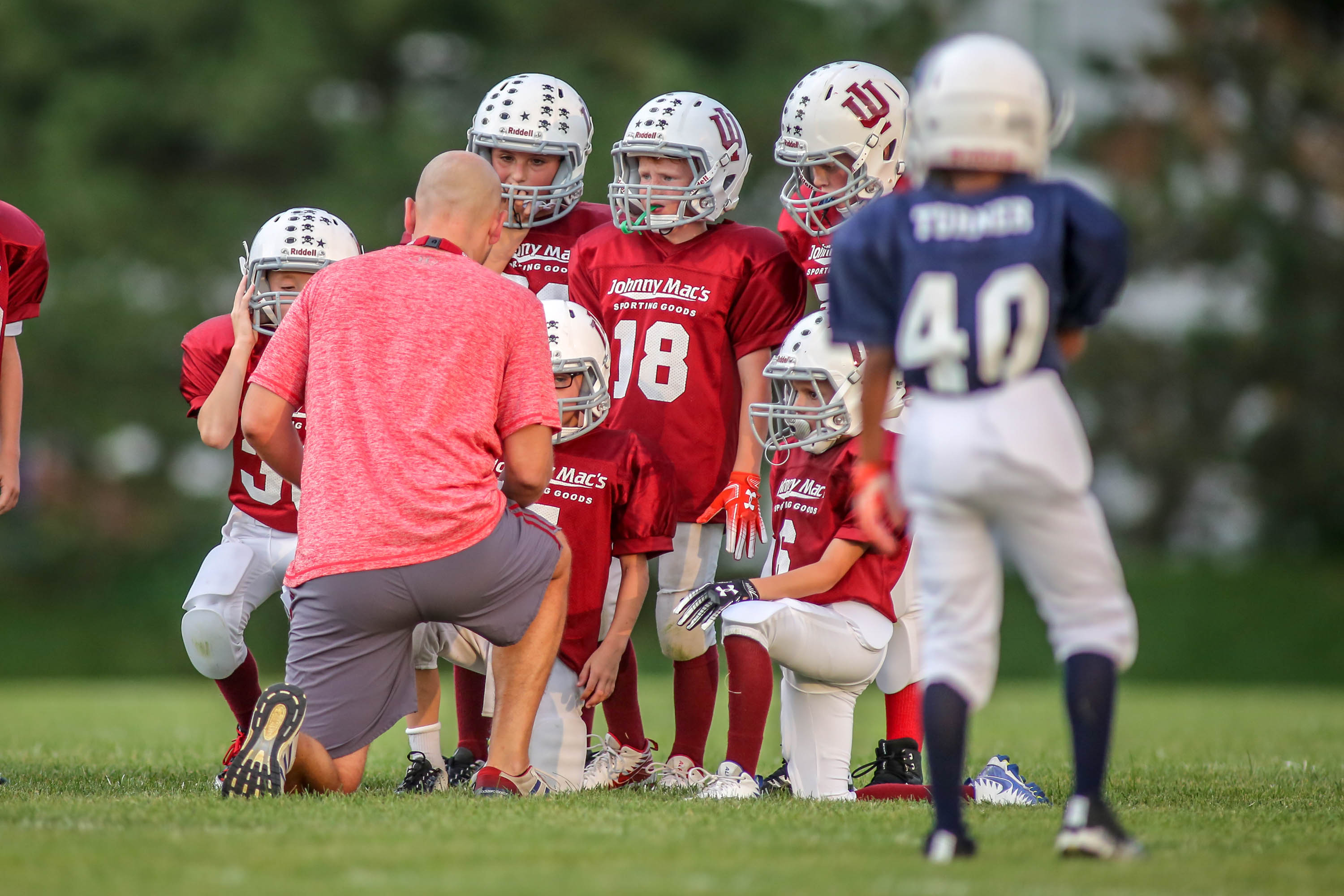 Every high school coach in America has horror stories about picture day.

For some people and families, pictures are a big deal that come with loads of pride and gushing over their little player. In high school and college, I just felt they were a waste of a morning. Even in my old reflective age, there are no pictures of me playing any sport anywhere in my house or at the office.

The biggest challenges we had at this youth picture day was handing out the jerseys, getting them on the kids, handing out team socks and putting logos on the helmets before the picture.

You can imagine the fun of multiple teams (groups were scheduled every 15 minutes) going through this process in the little concrete area next to where pictures were to be taken. Did I mention the humidity was 97 percent that morning? Long hot day.

After pictures, we moved to our little 45-minute scrimmage. My first thought was, “Oh man, the field looks big.” What’s funny about that is we were playing Rookie Tackle, so it’s a smaller field that’s only number to number instead of full sized.

Still for third graders, it looks big. Plus, we had only done small-space drills in practice, spanning six-to-ten yards of space. How our kids would manage admittedly made me nervous.

The kids played really well! We had some nice plays and didn’t give up a touchdown. Granted, with the spot rule, any touchdown would have had to be a ‘big play’ and gain 20 yards. At the end of the day, they worked hard, did some good things and had fun.

I really want to focus on the Rookie Tackle aspect. I mentioned earlier that we have multiple players who are new to the game. Flag football is offered in this league for first and second graders, with Rookie Tackle starting in third grade. Most of our players played flag, but we have about four or so who are brand new to football.

At every youth coaching clinic you go to, someone always says, “Don’t overestimate what they know” and “Expect they know nothing.” True story.

We had players that didn’t know what a ‘play’ was. Being in the Rookie Tackle environment where coaches could be in the huddle with our play cards was huge. It also helped that the defensive formations are standard.

Just letting kids play and learn skills is so important.  By being able to be in the huddle and use cards, we don’t have to worry about learning plays which means so much more time for skills and teaching.

Yes, we practiced the plays, but it was with the cards (maybe five to ten percent of total practice time up to this point). In the scrimmage, we showed the cards and helped them line up. The kids did their jobs. They ran real plays. They tried hard and blocked and tackled.  It looked like little football.  I can’t tell you how much I think this expedited the plays process and simply allowed kids to play football.

Sometimes the idea of playing ‘real football’ is what actually keeps the kids from playing football. Read that again. Plays, opportunities, experiences and learning are more important than memorization at young ages. Plus, the ability to memorize and know assignments comes naturally with cognitive maturity.

A quick update on my son: he left the field liking football. He enjoyed it and the Mrs. said, “I want him coming off the field like that,” in the wake of our issue the other day.

Things come together and improvements are made if you keep it fun and keep spirts high.