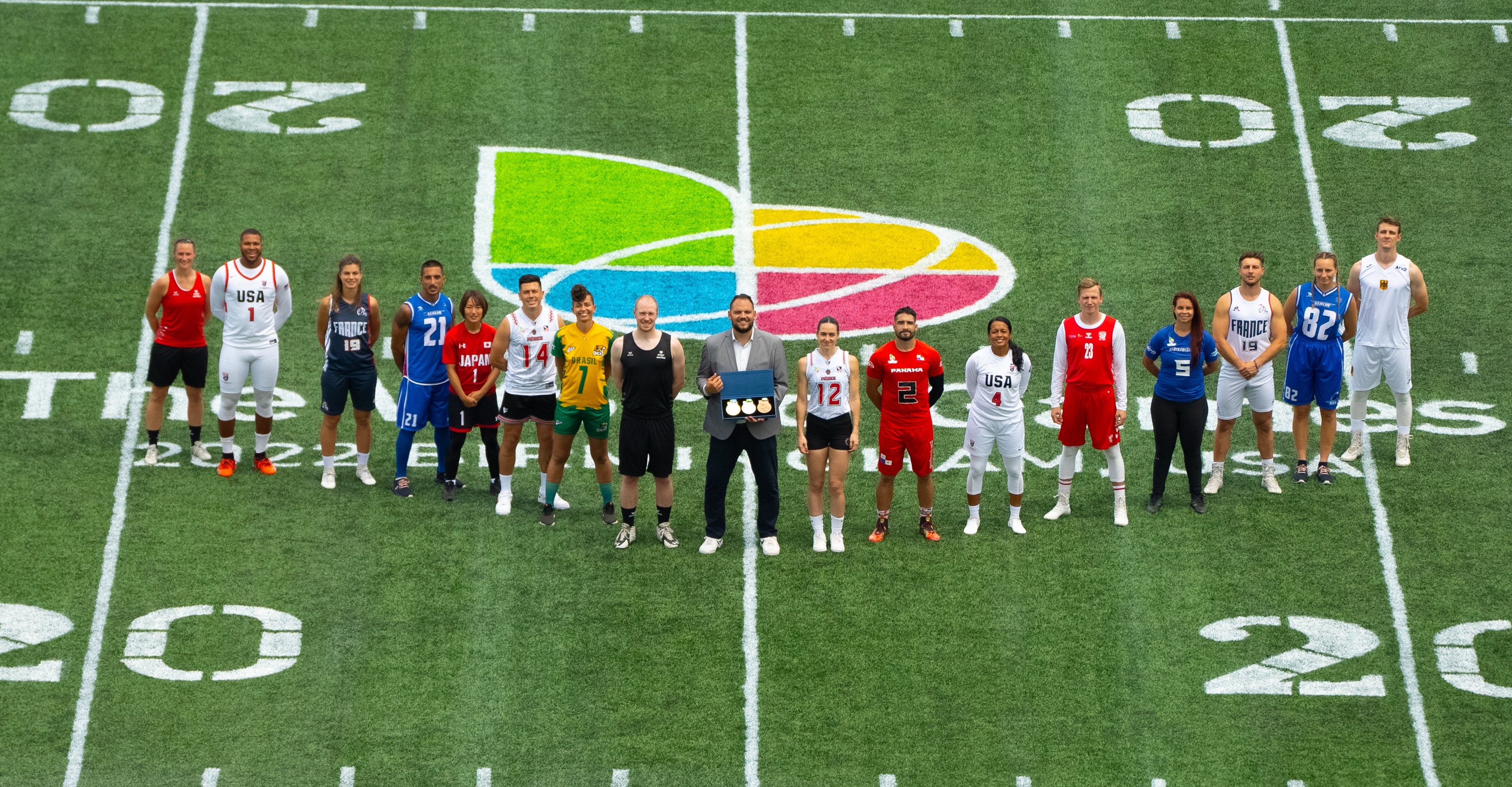 The 2022 U.S. Men’s and Women’s Flag National Teams competed in The World Games 2022 in Birmingham, Ala. this past July. The event marked flag football’s debut on a multi-sport, global stage. The men’s team, led by dual-threat quarterback Darrell “Housh” Doucette, defeated Italy in the gold medal match while the women’s team and veteran quarterback Vanita Krouch brought home silver.

The importance of flag football emerging as an international sport isn’t lost on the NFL. The league recently decided to honor Doucette, Krouch, and four additional athletes from national teams that medaled at The World Games. The U.S. quarterbacks and their international counterparts will travel to Los Angeles to participate in NFL Kickoff Festivities ahead of the league’s season opener on Thurs., Sept. 8 between the Super Bowl champion Los Angeles Rams and Buffalo Bills.

The three-day trip to sunny California is not just an opportunity to watch some football. The flag national team contingent of six will visit a school to meet youth flag athletes, tour television studios at NFL Los Angeles, the league’s west coast headquarters, and be honored on-field during halftime of the Rams-Bills game. As flag football grows in popularity, domestically and abroad, global flag competitions will become even more prevalent for world-class athletes across the sport.

“I couldn’t wait to break the news to my family,” said Doucette. “I’ve been bragging and telling them it’s a great opportunity, not only for flag but for me as well, to build a brand and try to grow the game. Playing for USA Football’s U.S. Flag National Team was like a second chance in life for me to grow with flag football.”

Doucette, who won a gold medal with the U.S. National Team at the 2021 IFAF World Championship in Jerusalem, Israel, played a large role in the team’s success in Birmingham. The New Orleans resident completed ten of 12 pass attempts for 190 yards, four touchdowns, and one interception against Italy, capturing the first flag football gold medal in World Games history.

Krouch earned her first roster spot on the U.S. National Team in 2016. With two IFAF World Championship gold medals and a World Games silver medal to her name, Krouch is one of the most accomplished athletes in U.S. Flag National Team history.

“This is crazy. I’m honored to represent USA Football as well as my team,” said Krouch. “I get to continue being a role model for my students, thriving in the sport and making my family proud. It all continues to surprise me because it’s a new process for all of us to be in these situations where we get these opportunities. This just continues to feel like a dream. I’m thrilled to be a pioneer in women’s flag as the sport continues to grow.”