Journal of a Youth Coach: Garage grappling, a tackle, and an ‘I did it’ smile 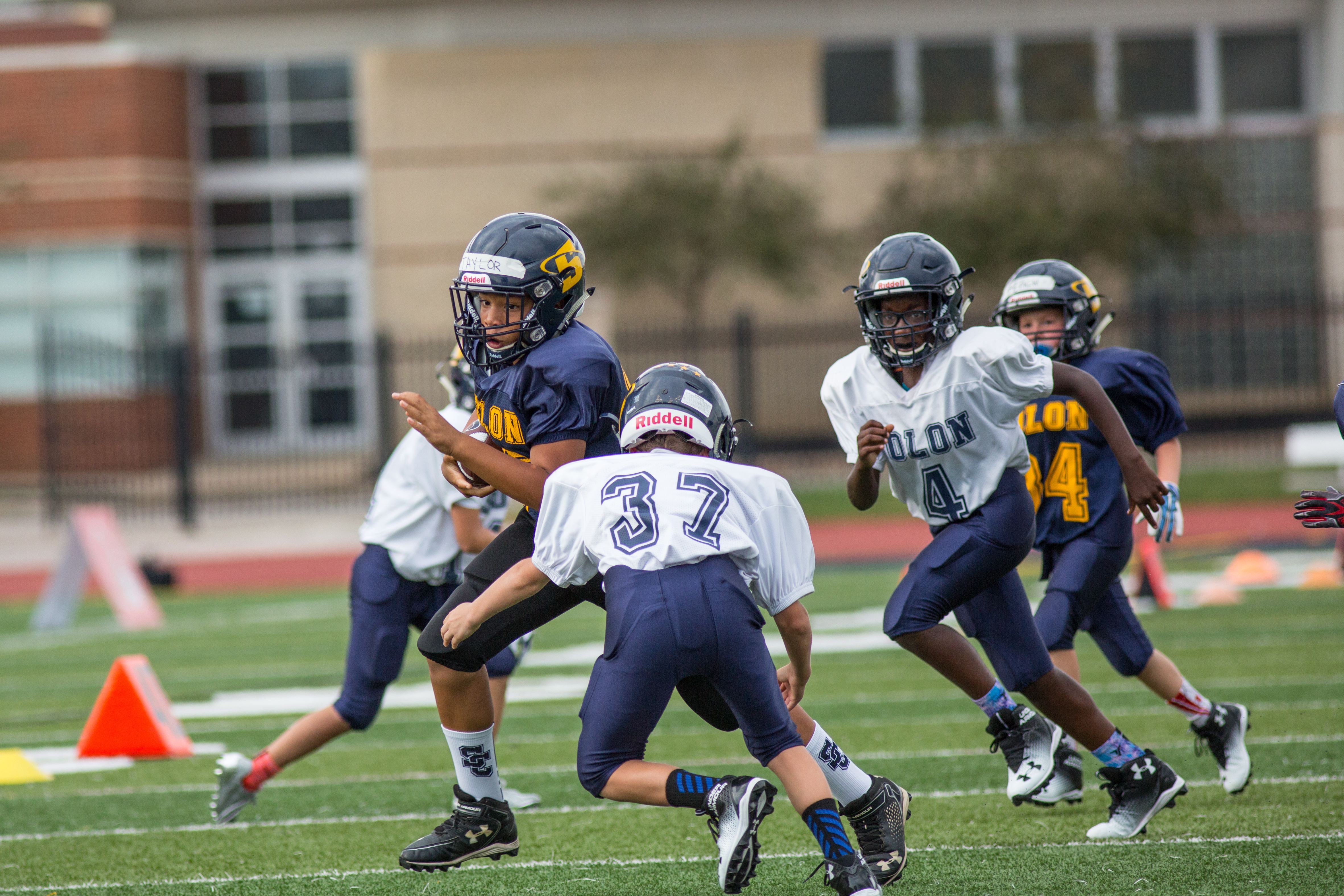 So, after our chess and book day, an interesting thing happened. When my son got home from school, after a snack and some chores, he asked if we “could do some football.” We ended up spending about an hour in the garage. If you haven’t read previous posts, my garage is covered with gym mat, so we often play and roll around out there.

We did some blocking, tackling and a lot of grappling. We also did some falling. Most people know I love falling and tumbling for kids. Learning to hit the deck, keep your head and neck strong and  not being ‘floppy’ helps manage going to the ground.

Comfort equals confidence, which creates what most coaches see as aggression.

We fell from the knees, standing, with and without the ball. We did Shoulder Battle. We worked leg drive, and we had a blast!

To me, here is the most important thing. It was self-selected. It was his choice. He asked to practice extra. To be completely honest, I am probably overly worried about being “that Dad” so I am not a pusher; that is not to say I ignore it either. Instead of front-loading the conversation on how important training is and what all the great players did, I simply try to reinforce it as or after it happens.

I try to make sessions fun and enjoyable. The drills are certainly hard, he is fighting an adult, there is sweat and breathlessness. But instead of telling him what he needs to do to be great, I teach, he learns, I am patient, and we laugh a lot. After we are done, both directly and again before bed, I tell him how proud of him I am.

I tell him how I thought that working on his skills was a great thing, and how practice is important to getting better and hard work is something that makes Dad proud. There are hugs and ‘I love you’s.’ We go to bed.

I don’t want to make it sound like training a dog but instead of lecturing beforehand, sometimes it’s easier to praise and push the positive afterward. Now, hopefully he has an association between doing a certain thing and being happy, having fun, getting better, spending time with Dad and parents being proud. I can tell you – he was beaming.

I certainly don’t have everything figured out. This is no “MVP Dad” moment or a self-nomination for Father of the Year. This is just an honest chat amongst friends (readers) regarding how I go about it.

My son made his first ‘good’ tackle in a team/game situation. That’s right – in one game, one formal scrimmage and one joint practice my son didn’t have a tackle that wasn’t in a drill. Maybe some pile jumps, but no tackles. I’m not saying it was the extra work, it could be natural learning, but we made a great tackle!

Today, in our joint team session the other team completed a short pass. The carrier was fighting through the corner who had his legs and slowed him down. My son came to the tackle point, picked a good shot, and looked to get shoulder on. Contact was on the backside, low number and in the process of clamping, he punched his arms around the carrier and ended up punching the ball out. He finished the player to the ground and caused a fumble. It was a huge moment. Massive mental hurdle overcome and a big smile after.

I hope this helps his confidence. I hope he feels better about how he is doing. I’m hoping with maybe a gentle nudge via “pointing out,” that hard work and good attitudes about getting better equate to good performances and that means we can have that beaming moment and some pride in what you did.