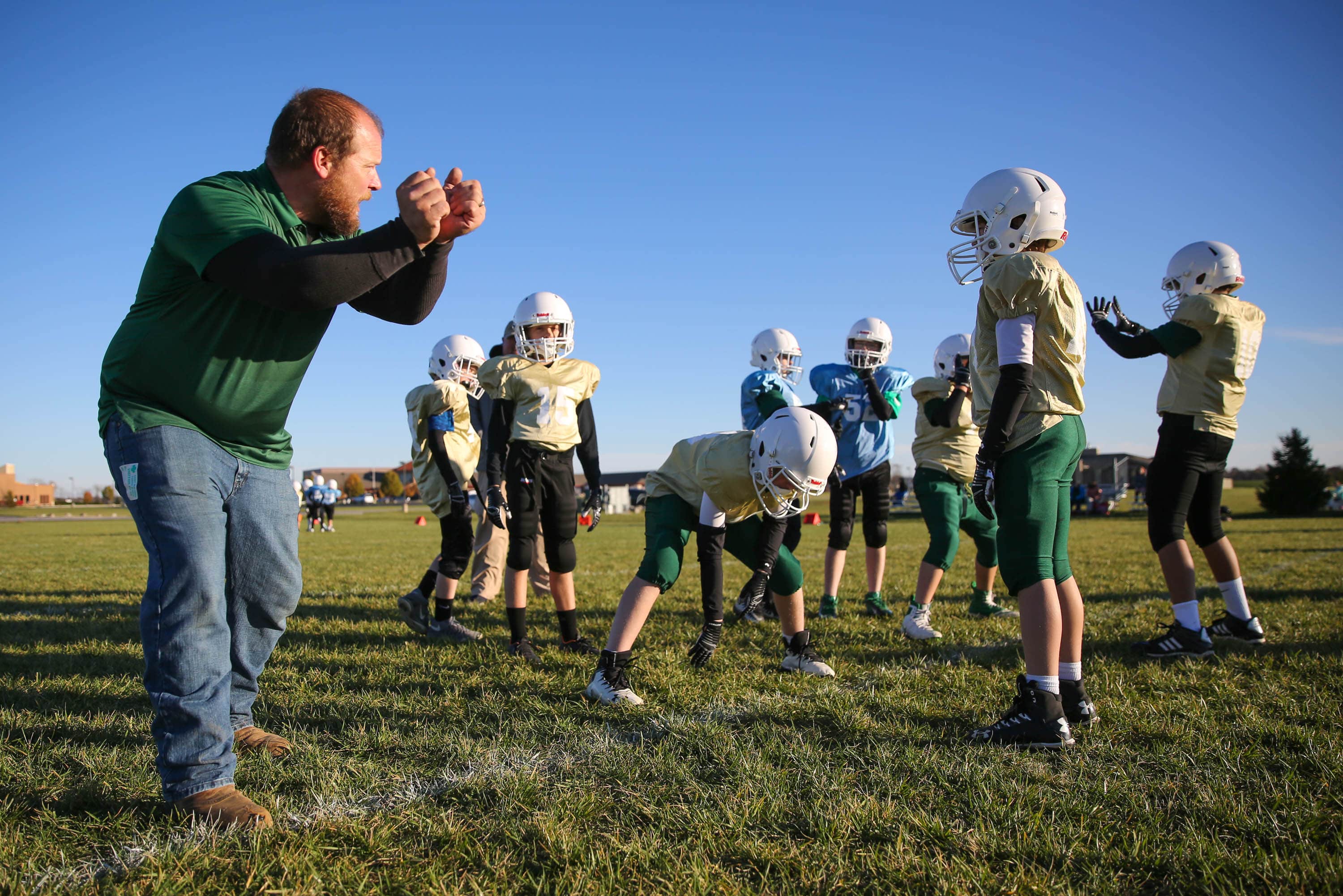 “Better” has always been a funny word to me. I am known for going down some semantic rabbit holes, but that word better has always fascinated me.

The thing that gets me about “better” is that it’s a relative term. “Better” can be a very real thing, while at the same time being absolutely not good enough.

Every player on our team has gotten better. Noticeably!

I know Coach and I hope it’s a way to help keep kids motivated. However, sometimes getting “better” isn’t enough to bring player up to “good” yet. That provides a challenge.

Here is a case in point: Two of the three players that struggle the most defensively did some big things today at practice in terms of getting “better.”

In a three vs. three drill, we had player one expertly track the ball carrier three consecutive plays in a row. It was awesome! It was a huge step for that player as they had issues with angles up to this point. What happened when they got there was still not “good” though.

They missed a tackle rep one, knocked a guy out of bounds on rep two (but I’m not sure they tried to do this) and on the third they were very hesitant to get into the pile and finish a wrapped-up player.

For them, that was a big step. Something we could praise and build on. They had really tracked well but was it actually “good?”

Our other player is actually a nice little athlete that enjoys running with the ball but is not thrilled about making tackles. Today they made two shoulder hits on the carrier that were far and away their most impactful and aggressive defensive actions up to this point. One rep, the kid just totally forgot about their arms and the other they stuck to the carrier but were still unable to bring the opponent down.

In both player situations, the outcome wasn’t “good enough.” They struggled, missed three tackles, made one, and kind of got lucky with the sideline. That isn’t winning football.

*Note: I know this is first year youth football, but I am making a point.*

For them, it was so much better, but was it “good.”

Let me explain what I mean when I say, “getting better can still be a challenge.” Did those two players go home thinking “I got better,” or did they sit in the car and think “I missed all those tackles, and my teammates are better than me.”

When you sell “better,” when you try to motivate athletes with praise, is it landing as you hoped it would? Is it being impactful? Or are they still judging themselves based on their peers?

How do you manage players that are clearly getting better but still know they are below their friends/teammates in skills and abilities. They are getting better but are nowhere close to being good enough to see the field (speaking to the high school level, I am involved in an everyone plays youth league)?

Coaches like to say, “just focus on you, control the controllable, work hard, trust the system” but players (and yes even young kids) see realities around them. Despite our best efforts, they paint that mental picture of where they sit in the pecking order compared to their peers, and it can override “better.”

I certainly tried my best tonight. After practice I made it a point to shoutout that today was “by far their best day,” how “it’s coming”, how “we are getting there” and how it was “great work.” To be honest, I think I can get away with it at this age. I think kids this age hang on to praise, adult happiness and positive reinforcement. I have seen enough young kids that lose every drill and still talk trash and think they are just on the verge of being an all-time great, but it did make me think about older, more advanced kids.

Sometimes selling getting better, selling improvement and even giving them a look you in the eyes deep in the soul compliment about how proud of them you are fails with older players.

It’s not enough to keep them in the game when they see they aren’t “good enough” to play, to start, to be on the field, or compared with their peers.

So here is to youthful enthusiasm! Hopefully lots of quality coaching and doing a good enough job will make them fall in love with “better,” so their growing process continues.