Journal of a Youth Coach: The joy of a close football game 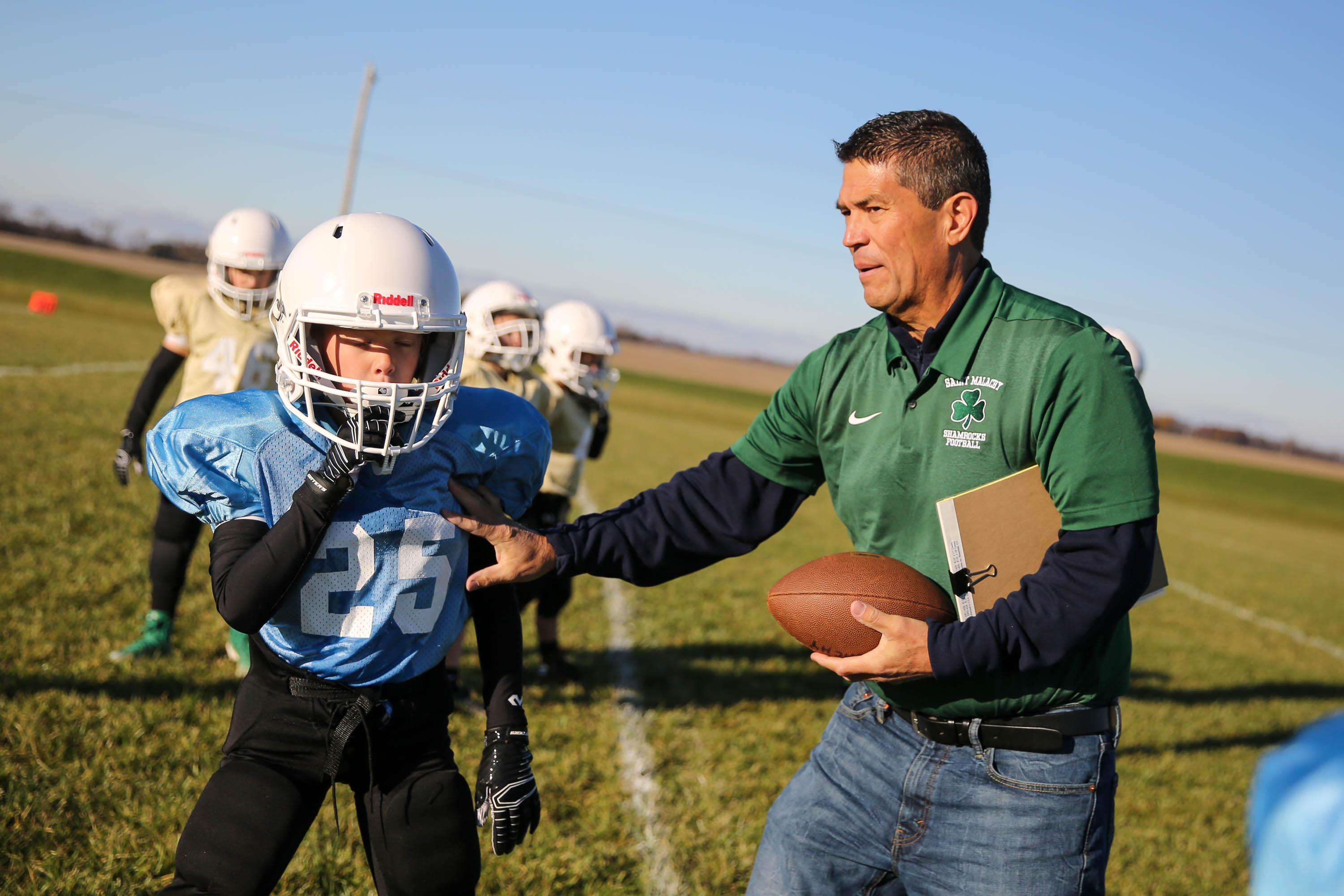 We had our third game today. It was going to be a big game against the other top team. A hard game. A challenging game...so I was told.

Admittedly, I don’t know the kids like some of the other coaches. It appears that between baseball, wrestling, and previous years of flag football that a good number of the coaches know the kids and parents. They chat about teams with insight into who is a good athlete, aggressive, strong, or ‘good a football.’ Honestly, I don’t know any of this as it’s our first year, as a family, in this program. I just show up and coach, and I think I like it that way.

It ended up being a very tight game, the kind I love! It was true test of our little guys’ abilities.

At halftime, I got a moment to speak to the group over a water break. I said, “did you know this is what makes sports fun? Did you know that winning by a bunch of points over an easy team isn’t why we actually play sports? We play for tight games versus other good teams. When we have to try really hard and work until the end against good players, that is what makes sports fun! This is where we really get better as players and a team. We should love this kind of game. This is what makes it so awesome. You should be fired up for the second half, keep working.”

Okay, so those may not have been my exact words, but they capture the spirit. I am no motivational speaker, but it was a moment where I could see the kids’ eyes.

The score was tied, and it was a tough game to that point. I think they thought I was going to go scorched earth and blow-up on them for being tied or letting up a touchdown. Maybe they had that experience before? Maybe winning was the only measure of playing well in their mind? I think it actually put them at ease to her a coach say it was ok to be tied.

We acknowledged it was hard, that it would continue to be hard and that we should like the challenge. Other ‘good teams’ make it fun.

Their eyes told it all. It was like they were, for the first time, realizing that it’s okay to be in a struggle.

By struggle I mean a tight, tough game. They had played well. Nobody wants to play poorly.

Look, I know it’s only third grade in an ‘everyone plays multiple positions,’ ‘developmental’ league, but because they are young, I think they thought ‘good’ only means winning by a bunch. Maybe that was the only measure they had.

In some small way, I helped show them that you can play your best and still be tied because the other team is good too. I was super happy with the way they responded to the thoughts I provided them. As I mentioned, reading their eyes and faces – it was a real moment.

The intensity definitely creeped in all around the game. Each team had two coaches on the field plus a sideline coach, and you could hear the tension, tenor, and friction in voices rising through the game.

I noticed it most in how coaches communicated with the players.

A lot more yelling. A lot more ‘rah’ and ‘come on, we got to make that play.’ There were even some moments where coach to coach, or coach to ref got spunky. It wasn’t outright arguments or ‘bad,’ but it was different from other games.

Everyone knew it was a developmental game and held it together, but there were a couple of times people started inching toward that line because they were unhappy with a call, clock questions, a player blowing an assignment, etc.

Again, nothing happened, but I couldn’t help but think “this is how it gets out of control,” the effort of the kids, the wanting to win, the competitive nature. One coach fails to hold onto the word ‘developmental’ or ‘kids’ and it all explodes.

The pull of competition and intensity is real for a lot of adults coaching kid sports. Everyone says it’s about the kids, but when you are physically in the competition environment it’s easy to get caught up. What probably makes a great developmental coach is simply that ability to take a breath and put things back in perspective. To step back and say, “wait a second, this isn’t elite sport.”

So, there was more yelling on the field this week than most, and what I find interesting is my natural reaction is always to go the complete opposite direction. I have always believed in reading the situation and providing what is needed. I have always hated the “if you’re juiceless you’re useless” coaching motto. It’s terrible and silly. Sometimes, a lot of the times, the team has good energy, they don’t need your juice. If practice is down, by all means, add some intensity, but if the team has it handled, let it come from them.

As the adult and coach, your job is to provide what is needed.

I think a lot of coaches hide behind the typical, “this is who I am. I’m a high energy, passionate person” but it’s not supposed to be about you. It’s about them.

You have to be authentic, yes, but make it about them and what they need right now. That takes honest observation in the moment.

I think the number one coaching cue I gave gameday was ‘take a deep breath.’ Big plays were coming up. Maybe something bad had just happened. I started a lot of sentences with ‘take a deep breath, ok, now……” then inserting a correction or focus point for next play. I just had the feeling that with what was going on (more emotion, yelling and energy than normal) that was what was needed.

I also went player-to-player and spoke very softly as things cranked up. This is a technique I started when I coached in college. When things were crazy with other coaches yelling and emotion was all around I would almost whisper – very deliberately.

It makes the player come in really close, listen carefully and creates a little bubble. It’s almost an escape from the environment where they can take a breath, look you in the eyes, get a bit of instruction and focus before they re-enter the fray. There were lots of little whispers going from player-to-player. My goal was keeping it calm and focused but embracing that idea of a challenge and loving it.

If you want people to like something – say competition in this example – maybe the best way is to sell it. Make it fun, cool and awesome. Making it wild, crazy and stressful and yelling isn’t the best way (IN MY OPINION) to build a love for those moments.

I think you need to actually sell the awesomeness of competitive, tight games. I think a few of the players really appreciated it. It was cool to see their faces and that lightbulb go off.

Challenges can be fun. Close can be good. Even for kids, having to really work for something makes the post-game snack a little bit sweeter.