Journal of a Youth Coach: Building an environment for contact football 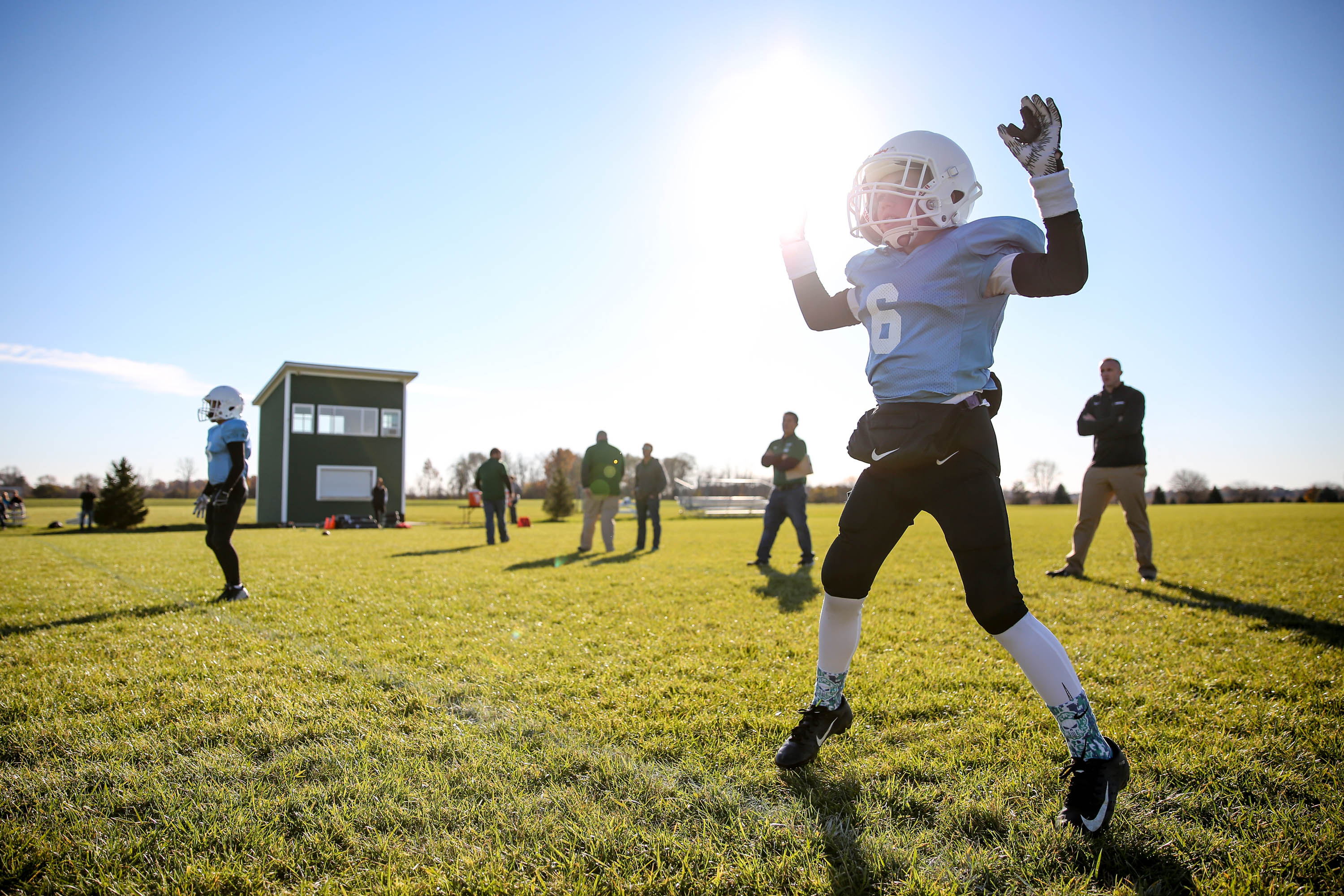 Let’s start with a family/neighborhood update. My son has really settled into contact. Maybe the most exciting part for me is that he has started to really embrace and enjoy it. It started a few practices ago where he made a great knock back, straight through runner tackle and put a player on his back. Apparently, he did well in his blocking drills that day also (we do them as split circuits, so I never see that aspect). He was getting in the mix when we moved to small-sided tackle games. Then something big happened.

He got run over, twice. Very run over. One of our two “bull in a China shop” players happened to be in my son’s group twice in a row and was the ball carrier. My son saw the lane, filled it and got to the spot. The runner also, clearly saw him, attacked it and ran him over. How would someone previously struggling with contact handle it? He jumped right back up, no worries, and rotated to the other line. He even had a bit of a laugh about it...football.

That moment was a turning point because he began enjoying the contact, win or lose. Contact is just part of the game. The next few practices and games, he was involved in a huge number of tackles compared to previously. My son still struggles with movement and the open field, so he is not the first tackler there, but he’s jumping into the fray, entering the piles, being a part of lots of gang tackles and going to the ground. Similarly, his blocking has also improved.

So why is this a neighborhood update? My son is enjoying football so much that he has started neighborhood football games. It’s him and his three good buddies, and a tag-along younger brother. The past few nights they have rotated yards but have been playing full tackle 2 vs. 2 and 2 vs. 3 games. The other boys don’t play football but got them involved and my son has been “teaching them football.” I’ll take that as a sign that his passion and comfort with the game have grown.

Side note: The mother of one of the boys who doesn’t play football said he didn’t play because she was “not sure about football” and whether it was “dangerous.” As we have become friends and chatted, you can see their interest and comfort growing. He may be on my team next year. Sometimes the USA Football background pays off.

Here is a very interesting tidbit. This Sunday, after playing in our backyard 2 vs. 2 game for a while, the other kids had to head home for dinner. As my son came in the house and was settling in, he said, “I told everyone what they did well today. I told A he did really good at tackling, B was good with his aggression and speed and C was good at punting and quarterback.”

Why would a first-year tackle football player teaching his friends in the backyard adopt this? My only logical conclusion is he believes this is part of coaching, or the way it’s supposed to be done. I do always try to encourage the boys on the team and give them some post practice positivity. We tell the boys what they did well, what their “best thing” was that day and areas we saw them grow, especially for our less talented players.

At home, I also play the same game, only I let my son take the lead since we have more time. “What do you think you did a good job of today? What do you think you could have done better? What do you want to work on?” Maybe these two influences are what my son equates to coaching, so he thought he should do it with his friends because he was coaching them. Maybe I am not raising the next Penn State linebacker, but maybe a future linebacker coach?

As I mentioned, my son is enjoying contact, but he got run over and is rarely the first tackler there. He has fully embraced the fray and the little battles but is certainly not dominant. This is something I have talked about before in contact and tackling clinics and podcasts. The explosive, powerful, dominant hitter, and separating good from willing from enjoying.

Here is my personal story and example. I enjoyed contact as an athlete. I liked the friction, the battle and the challenge. It was such a great test. Now here is a secret, I wasn’t ever “a hitter” or dominant. How do you think coaches saw my abilities even though I didn’t physically dominate situations? I was (just barely) good enough of an athlete to play at the level that I did. I played because of my technique and my understanding of the game and our defense. Compared to my teammates, I was a sub-average athlete – good enough to be there but probably in the bottom half of a room of college football players or international athletes. Very specifically, I can pinpoint one physical quality. I think my strength was always on par and never an issue. I never worried about that aspect of my game, but I can be honest and tell you I was not explosive.

Because I wasn’t explosive, I was never called a hitter or dominant in the contact moment, but I could make the play. This is where psychology and physiology can play tricks on coaches. Ability (both skill and physical gifts) and mindset are independent things. I enjoyed contact and was average at it. I played with some athletes that were great at contact because they were athletic, powerful and explosive, but they hated it. They did it because the game required it. They didn’t really enjoy contact and would much rather be running in space doing super athletic things (they also made it to the NFL, and I didn’t). They didn’t enjoy contact, but they were good at it. I had teammates that loved contact but weren’t very good at it because they were slow, lumbering and maybe not so balanced or coordinated. The point is, enjoyment of contact and outcome are very different and physical capabilities can certainly trick your eye into incorrectly determining who likes contact.

The intersection of this idea and youth football is making sure you create an environment that builds an acceptance of contact as part of the game. It’s something to master if you want to be good. In the best case, you can foster a true enjoyment of it. But we have to know ability and dominance will come down to a variety of factors. With immature (youth) athletes, we have to simply keep them in the game until mother nature blesses them with more muscle, strength and the ability to create power. Even if they become non-explosive athletes but possess the level of strength I did, an enjoyment of contact can lead to quality outcomes (even if it’s never dominant or doesn’t look like a highlight).

Be patient. Separate physical from psychological. Make it fun, make it enjoyable and buy time for growth. None of us know what these kids will be until after puberty, so let’s keep them in the game until those moments.