Flag football's national and international popularity is on the rise 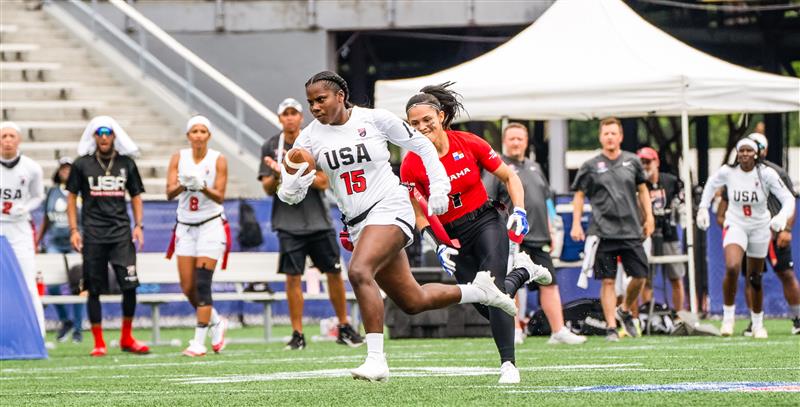 Flag football is growing across the United States and worldwide among all ages and genders. There were several thrilling flag football events for youth and adult athletes this year. These events show that flag football is continuing to grow on the recreational, high school and national levels.

On the youth side of flag football, USA Football hosted the 2022 Junior Flag International Cup in June at the University of Michigan. The event included athletes from Canada, Japan, Panama and the United States. The U.S. Junior Flag National Teams comprised of 15U and 17U boys and girls competed well against the other teams and won their respective divisions. The event helped gain more exposure for flag football at all levels.

The National Football League (NFL) is hosting a flag football skills competition at the 2023 Pro Bowl Games in Las Vegas that will include a competition between the American Football Conference and the National Football Conference. The week-long event will highlight flag football and players’ skills in innovative and fun ways. The Pro Bowl will be broadcast live on ESPN and ABC with the potential to receive millions of viewers. Flag football will be displayed in a new light, getting people excited for what is to come in the sport’s future.

Flag football events in 2022, and those upcoming in 2023, are generating buzz in the flag football world. The boost in interest has influenced athletes associated with other sports to start taking about flag football, joining recreational teams in their free time, and even finding paths to a U.S. National Team. Flag football’s future is bright.