Hope to hear your name called in the NFL Draft someday? Better work on your speed 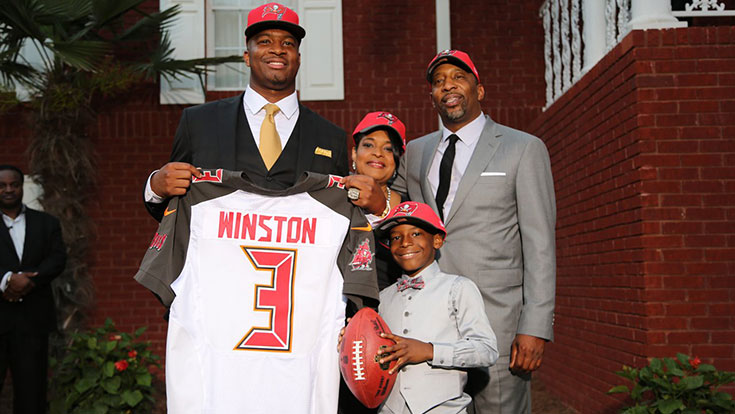 The 2017 NFL Draft begins Thursday night, and 274 athletes will fulfill a lifelong dream when they hear their name called.

For every athlete who gets selected this weekend, there are perhaps thousands of young athletes currently aspiring to one day follow a similar path.

Any athlete who hopes to one day hear his or her name called in the NFL Draft would be wise to focus on one key physical attribute: speed.

Bill Parisi knows as well as anyone how speed can be an enormous asset for athletes hoping to play professionally.

The owner of the eponymously named Parisi Speed School, Parisi has trained the likes of Chris Long—the No. 2 overall selection in 2008—and Fabian Washington, who ran a 4.25-second 40-yard dash in 2005, helping him become a first-round draft pick.

Parisi recognizes that as the game continues to evolve, speed is only becoming even more critical to an athlete’s ability to enjoy a successful career.

“Linebackers aren’t what they used to be, in terms of size. They’re lighter and faster. The game has evolved over the last 15-20 years to be more of a speed game. Look at defensive ends, how fast they’re running,” Parisi said. “I know some old time coaches still value weight…but if you look at weight and speed, typically speed is more important.”

For as important as speed is, it often remains misunderstood.

It’s not nearly as simple as putting one foot in front of the other. Parisi looks at sprinting through the metaphor of a symphony.

“Sprinting is a symphony, an orchestra of 300 musical instruments of muscles moving in very specific sequences. Understanding and thinking like that is very important,” Parisi said.

When it comes to combine-style testing, Parisi believes that just like other skills, such as route-running or breaking away from a defender, running a successful sprint requires specific techniques—fine motor techniques—which allow athletes to put forth an optimal performance.

For example, 80 percent of an athlete’s time in the 40-yard dash is determined by the first three steps, Parisi said. Understanding how to have proper balance, body angle and which direction you’re exerting force can make or a break an athlete’s 40-yard dash shortly after it begins.

Aiming for a top 40-yard dash time at a combine or testing event does not necessarily correlate with getting faster on the football field, but there is some overlap, Parisi said.

For young athletes looking to get faster, Parisi stressed the importance of knowing one’s body. He believes it’s important to practice sprinting consistently most of the year, but to be mindful of the perils of overtraining.

Athletes have different body types and require different types of rest and recovery. It’s critical that athletes develop an understanding of what their body requires.

“Understanding the body, and when you feel good, spring and fast—you really have to manage that, especially if you want to test well,” he said.

SEE ALSO: The NFL Draft: Another reminder of the importance of the high school football coach