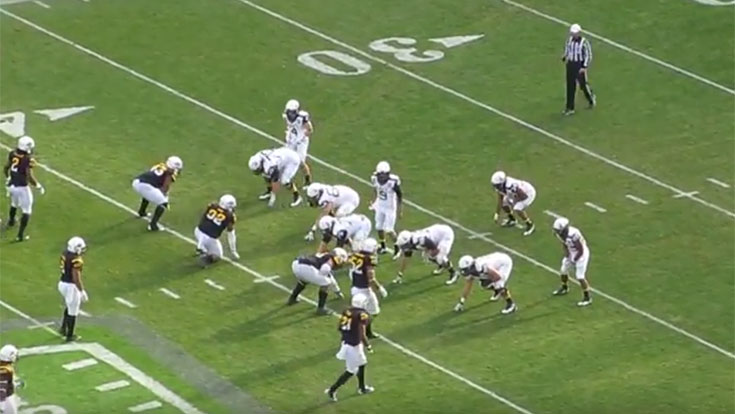 The offense is actually quite a fitting metaphor for the service academies themselves.

In the triple option, there are three possible options for the quarterback to direct the football: hand it off, pitch it or keep it. The strategy forces opposing defenses to worry about multiple carriers, instead of zoning in on one player.

But that also means that it’s uncommon for any single player to post gaudy statistics. And that's just fine for Niumatalolo and his players.

Niumatalolo goes on to relate the offense to basketball.

Niumatalolo compares his offense to basketball, but it also seems like a microcosm for military service itself.

The triple option requires that players perform their specific role, sacrifice their own personal accolades and work together in order to succeed. It's a group effort rather than a one-man show, just like the Navy and other branches of the armed forces.

The finished product is undoubtedly successful. Navy has won eight or more games in each of the last six seasons.

Listen to the full USA Football Coach and Coordinator podcast with Niumatalolo here.