Julie Foudy’s words to women echo on the football field, too 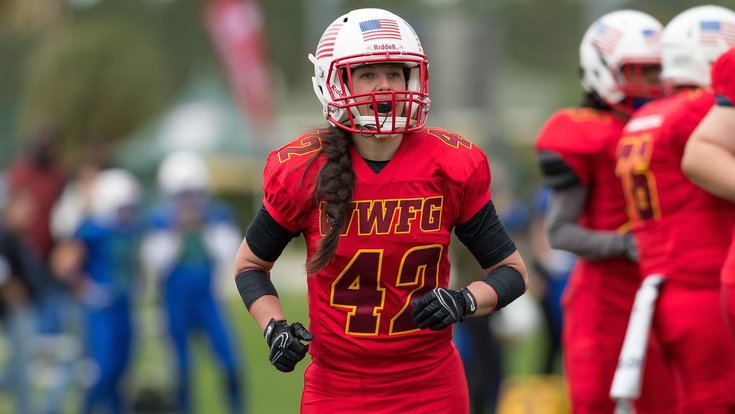 In a piece for NPR, Foudy described how women can let their own self-discipline prevent them from seizing opportunity.

“It's that discipline that I love most about women, but it's also what holds us women back the most because by the time we raise our hand, that opportunity is often gone,” she said in a message on NPR.

As a woman, I know how easy it is to undersell ourselves and not own our success.

Football is a sport widely dominated by men. What many people don’t realize is that women compete in the sport at high levels as well.

In January, women from all over the world traveled to Orlando to participate in the Women’s World Games, where they practiced, trained and played under top American football coaches

Further, the third IFAF Women’s World Championship is coming up June 24-30 in British Columbia, Canada. The U.S. Women’s National Team has won gold in each of the first two championships and will be competing against five other countries in competitive 11-person football.

Besides being great athletes, these women show exceptional leadership skills.They are proving that women can play football and potentially encouraging young girls to participate. It creates more opportunities for girls and women everywhere in the sport.

“I just love it,” French quarterback Sylvie Aibeche said during the Women’s World Football Games. “Being on the field is the only time where I live for the moment. I don’t think about anything else.”

She and other women football players are the types of examples that Foudy’s words seek to inspire.

“Whether you empower one person or the free world, that is leadership,” Foudy said. “Because if I can own my awesome — and you can and we can get more young people to do it, too, and then use that to do some good — well, that's a world I want to live in.”

Learn how to keep up with the IFAF Women’s World Championships here.