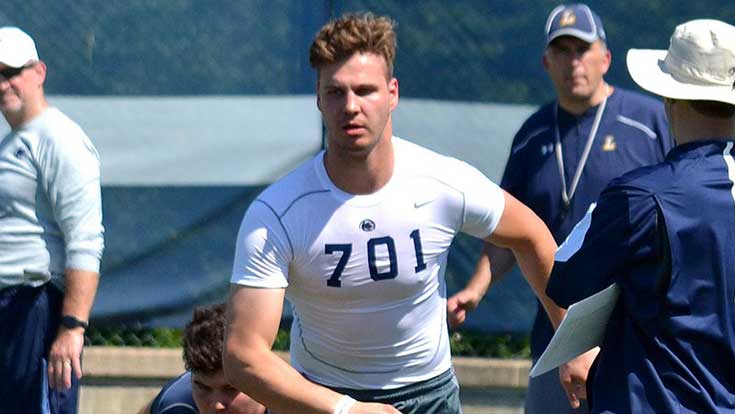 In the competitive landscape of college football recruiting, geographic boundaries mean nothing. Top teams will seek out capable recruits in all corners of the country.

Increasingly, college football recruiting is even taking on more of an international flavor.

In a testament to the continued growth of the sport worldwide, colleges are looking outside of the U.S. for potential football players. The latest example comes from Germany in Julius Welschof.

Welschof, a 6-foot-6, 250-pound tight end and defensive end, has recently been offered by the likes of Temple and Eastern Michigan. On Monday, Welschof landed his first offer from a Big Ten program, when Rutgers offered him a scholarship during a visit to Piscataway:

Congrats @juliuswelschof on another scholarship offer in the Big Ten!! RUTGERS!!!!

He’s rated as a four-star recruit by 247Sports, so clearly, he can hold his own against American competition.

Coincidentally, Welschof's rapid recruiting ascent is taking place at the same time that six teams from around the world have gathered in Langley, British Columbia for the 2017 IFAF Women's World Championship, which will showcase top female football players and teams from North America, Europe and Australia. Both are reminders of football's continued growth abroad.

Check out Welschof in action in the video below: