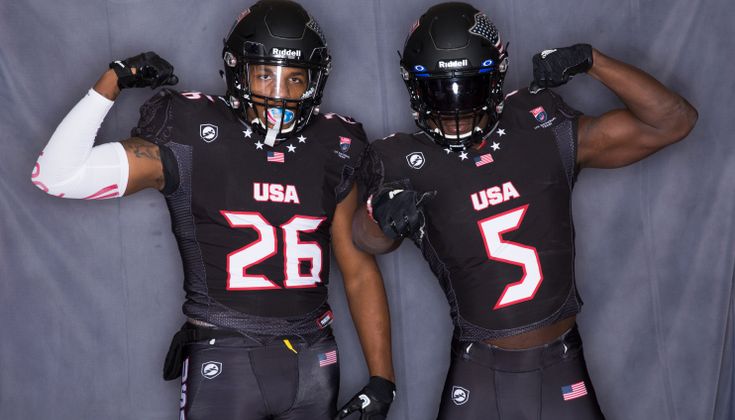 Football players use a wide array of equipment, head to toe. Many items also help athletes in other sports as well.

Here’s a look at some of the more common crossover items, presented by United Sports Brands: 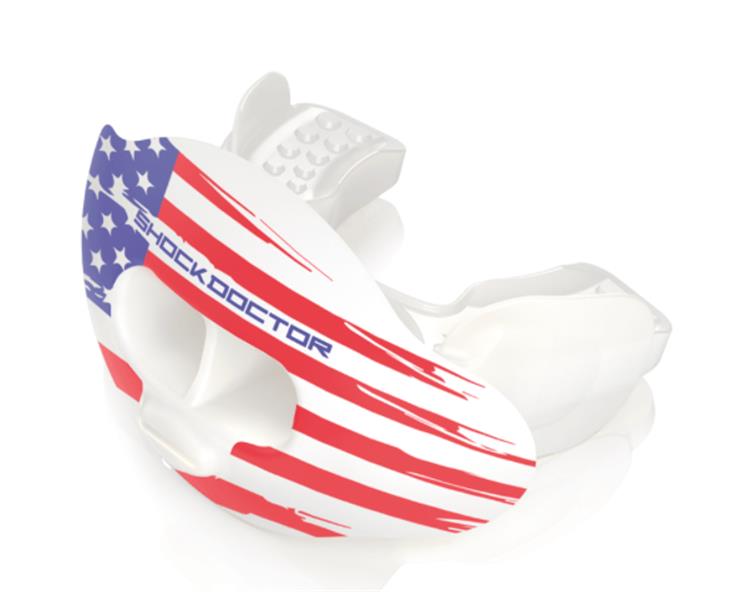 Once primarily used in football, mouthpieces have spread across most sports in the last couple decades. Inexpensive boil-and-bite type mouthpieces remain popular, while newer instant fit varieties have increased in popularity.

Mouthguards, like these available from Shock Doctor, are available in many designs and colors, and you can even customize your own.

“Some athletes, such as quarterbacks and linebackers, have custom mouthguards made by their dentist,” said certified athletic trainer Christina Ehle-Fails of Fort Wayne Snider (Indiana) High School, a USA Football Power of Football program in 2017. “Some parents will elect to have their athlete wear a custom mouth guard because of the amount of dental work their student has had.” 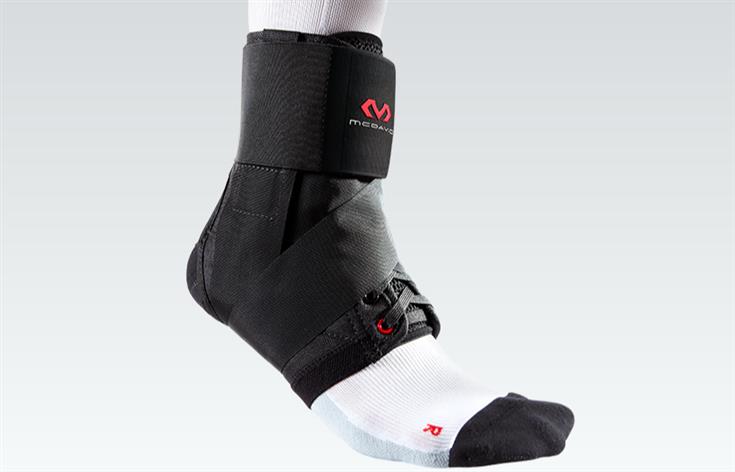 Braces, such as these from McDavid, are typically used when an athlete wants additional support for an injured area when they return to action after full recovery. Ehle-Fails said some high schools have moved away from braces and old-school taping as a pre-injury preventive measure as education on proprioception balance and directional training have evolved.

“When an injury occurs, taping and bracing may be required,” she said. “However, research tells us there isn’t a brace or tape mechanism that will prevent an injury.” 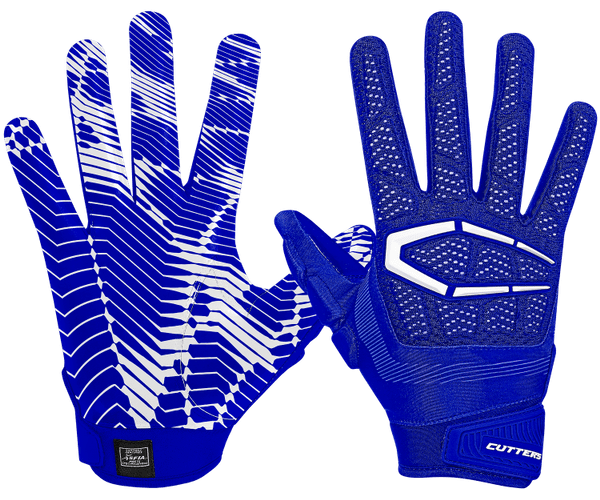 Widely used in football, baseball, hockey and lacrosse, sports gloves are manufactured with safety, performance and style in mind. You'll find football gloves for virtually every position, from larger, more padded varieties for linemen, to slim types with engineered grip for receivers.

“Gloves are something that’s truly the athlete's preference,” Ehle-Fails said. “Some like to wear them and some don’t. Their hands do undergo a great deal of exposure, especially in a tackling defensive athlete, so it certainly isn’t a bad idea.”

With Cutters gloves, odds are you can also find the color scheme you're looking for, or you can custom design your own. 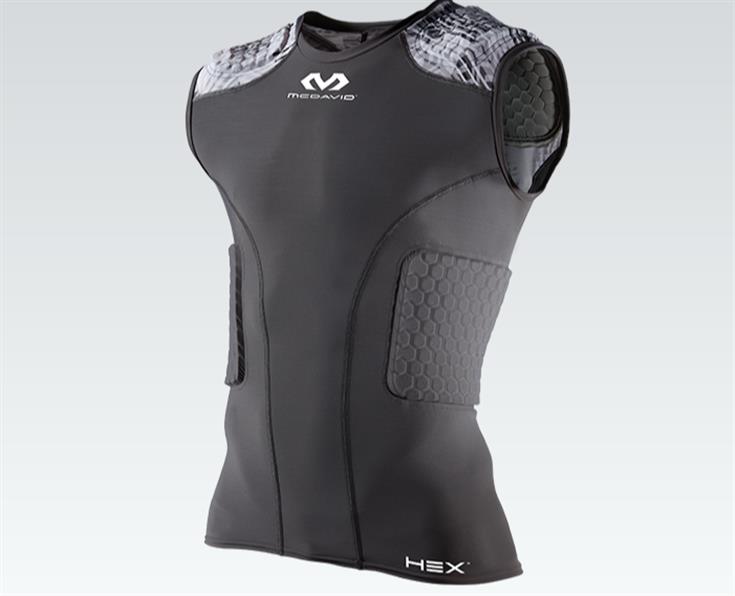 Athletes with a greater risk of impact to these areas can take extra steps to protect them with specially padded vets, like those from McDavid.

“Our receivers and quarterbacks wear a sleeveless spandex shirt with pads in it,” Ehle-Fails said. “This can be worn under or over any type of team shirt that’s required. It provides additional protection without bulk.” 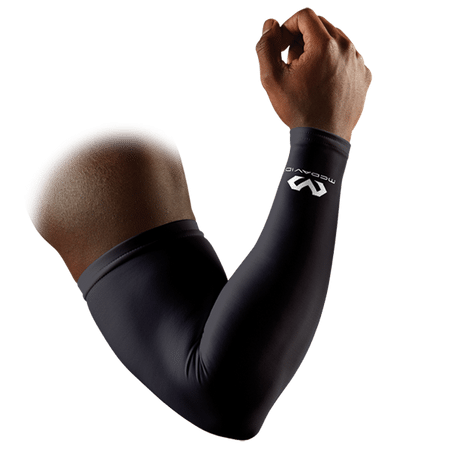 In watching many sports on TV, you've probably noticed a lot of these sleeves in recent years, such as those produced by McDavid. The thin ones you mostly see are designed to promote better circulation, muscle warmth and looseness, and simple skin protection.

Thicker varieties can be used to assist during injury recovery.

"Athletic trainers will often have an injured athlete who has a muscle strain use a thick (1/4-inch or thicker) neoprene sleeve for compression. An example of this would be for a strained quadriceps or hamstring injury," Ehle-Fails said. 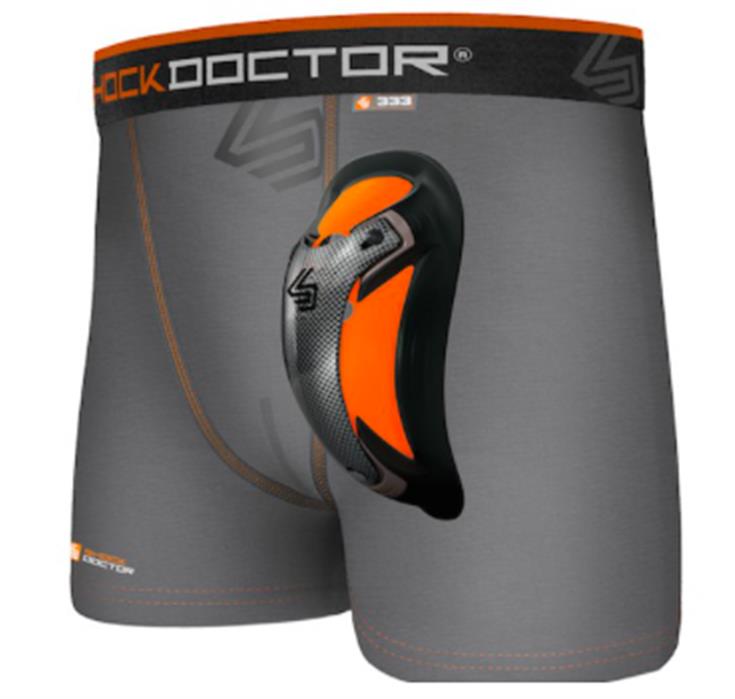 Once an understood requirement across the board, less emphasis has been placed on wearing a cup. The protection provided by supporters, like these from Shock Doctor, can't be overstated.

“Unfortunately, there has been an increase in athletic injuries, including testicular torsions and testicular contusions, which can both be very dangerous to the athlete,” Ehle-Fails said. “Oftentimes, this will require surgical intervention. We recommend all of our athletes to wear compression shorts under any athletic shorts or practice pants to keep the testicles close to the body for protection.”