Why screen plays can work so well in the NFL 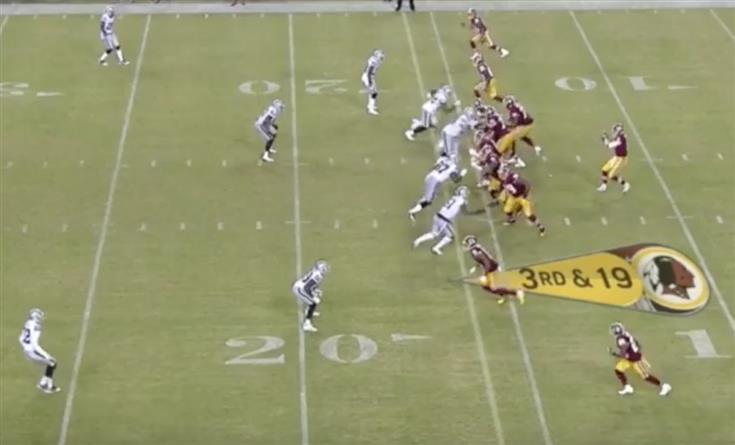 Well-coached teams are able to maximize the screen game. Good offenses utilize the screen game because they slow down an opposition’s pass rush, but they are also potentially explosive plays. Several small details go into making a successful screen work. There is the acting element to it — offensive linemen have to sell a pass block and then time when they release downfield.

They have to take the correct angles, know what defenders are their responsibility, and use good technique to be able to block smaller, quicker players in space. The skill player who gets the ball has to get the ball at the right landmark and then navigate through a chaotic scene in front of him to find the opening. The quarterback has to invite the pass rushers toward him, then get the pass to his target off his back foot.

Besides all of these details, there are a few things that could wreck screen plays that offenses have to account for:

Teams can only avoid the first possibility with great offensive line technique and acting. A good scheme and some creativity could decrease the probability of the other two factors.

Let’s take a look at what a few NFL teams to do to enhance their screens.

To help ensure an inside linebacker doesn’t blow up their screens, the Washington Redskins run a double screen. While some teams will actually call two screens as legitimate options, one of the Redskins’ screens was just meant as a distraction for the real one.

On 3rd-and-19, the Redskins come out in an empty formation. The Raiders are in a soft cover-2 shell, which is a typical call when the offense has to get a big chunk of yardage on one play. The real screen is to the offensive left (bottom of the screen) and inside pursuit is the big threat to the play. The flat defender is deep because of the coverage call, so he’s not an immediate threat.

The Redskins have called a dummy screen to the offensive right (top of the screen). Because there are three receivers to that side, the “mike” linebacker lines up to that side. The dummy screen sucks him and ensures he can’t pursue the real screen.

They block the screen perfectly, and because there isn’t any inside pursuit, the offensive line is free to release into the secondary and pick off defensive backs. Not only does the team convert on the third down, they get into the red zone.

Offensive coordinators could distract flat defenders by installing a screen within a screen.

Bruce Arians ran a brilliant screen-ception with a fake bubble screen into a tunnel screen to Larry Fitzgerald.

The offense starts out in a trips formation to the right, one receiver to the left, and one back in the backfield. The back motions out to the left, which draws the inside linebacker that way. Like the last screen, getting the linebacker to line up differently takes away potential inside pursuit.

The number three receiver to the right side fakes a bubble screen, and Larry Fitzgerald pretends to block for him initially before breaking back inside for the tunnel screen.

The concept works brilliantly because both the inside linebacker to that side and nickel back widen out for the bubble screen. The Cardinals end up with a 3-on-2 situation with three offensive linemen against two defenders. This should have been an easy win for them, but the center ends up missing a block and the play is stopped for a four-yard gain.

If he made that block, Fitzgerald would have likely scored with a convoy in front of him. Regardless, it is a brilliant design they just needed to execute a little better.

Cardinals coach Bruce Arians likely got this play from Pittsburgh Steelers, where he was the offensive coordinator for a long time. The Steelers ran their version of screen-ception last year in the playoffs.

Screens are based on deception, but as teams start to figure out this deception, you could enhance your screen game with more deception!