WATCH: How Jalen Ramsey showed the Pittsburgh Steelers why they shouldn't run the same play twice 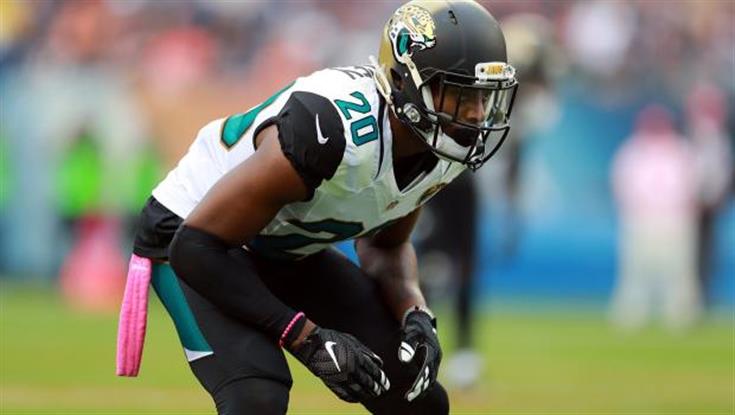 In high school, some teams can come into games with a handful of plays that complement each other and run them over and over again with success. In college, you’ll see the same concepts being run repeatedly throughout the game. In the pros, running the same concept twice could very difficult. Teams have to add a lot of window dressing to their concepts if they want to repeat concepts.

NFL scouting reports are so advanced and defensive players watch so much film that it’s very difficult to fool them. Obviously, it’s hard to execute plays even when the defense doesn’t know what you are running. When they have a good idea of what you are running, you are risking a turnover.

In week 5, the Pittsburgh Steelers faced off against the stingy Jacksonville Jaguars defense, led by cornerbacks Jalen Ramsey and A.J. Bouye. That secondary is tough enough to face off against as it is, but when they know what the play is, they’ll make you pay. Steelers offensive coordinator Todd Haley and quarterback Ben Roethlisberger found out that the hard way.

After beginning the game with some success moving the ball, they finished the day with five interceptions. A few of those interceptions came on unlucky plays, but the Jaguars made life difficult for the Steelers for most of the day. Haley came into the game with a solid game plan; the offense connected on some big plays initially, but he got caught going to the well too many times. His plan didn’t seem to include too much variance, because he repeated the same concepts throughout the game. The Jaguars caught on and made the Steelers pay.

The Steelers wanted to show the Jaguars they weren’t going to be intimidated by their secondary by throwing a bomb to Antonio Brown. Ramsey had Brown in bump-and-run man-to-man coverage and got beat deep.

Sometimes people could overlook the nuances and technical details in winning with a fade route, but when you face elite competition every detail matters, and Brown is a master at his craft.

As Brown gets a free release outside, Ramsey tries to get a hand on his shoulder pad, but Brown uses a Karate Kid “wax on, wax off” swipe to ward his hand away. Ramsey’s strength is his physicality. He is used to being able to bully receivers, so after his first attempt to get a hand on Brown, he tries to get two hands on Brown in an attempt to push him closer to the sideline.

However, Brown is able to hold his ground much better than Ramsey expected, and Brown blows right by him because Ramsey isn’t in position to run after the push attempt. The ball is underthrown, but Brown actually leans back into Ramsey to create space.

This is technically a push-off, but since Brown uses his body instead of fully extending his arm, he isn’t penalized. After leaning back, Brown has move his weight forward and adjust to the pass. There is much more than meets the eye on this fade route, but the great ones make it look easy, and that is precisely what Brown did.

When Roethlisberger sees Ramsey matched with Brown again later in the game, he decides to take a shot again. Once again, Ramsey’s first attempt to get a hand on Brown gets swiped away, but he expects it. Instead of trying to gamble and go for a two-handed shove, Ramsey doesn’t panic and quickly gets his hand back on Brown and pushes him toward the sideline.

The ball is underthrown again, and Brown again does a great job of using his body to shield Ramsey, but because Ramsey pushed him so far toward the sideline, he is able to force Brown out of bounds before he is able to even get one foot inbounds. This play was a result of Ramsey learning from his mistake and knowing the Steelers would test him again after completing the first fade.

The Jaguars use a spot drop cover-3 and their underneath defenders key on the quarterback without turning around to look for route distribution like a pattern matching defense. The Steelers took advantage of this by lining up Brown by himself to the single receiver side and running him on a short post (5-step slant), knowing the flat defender to that side would just spot drop and leave an opening inside.

Haley calls this exact concept later in the game, but this time, the flat defender doesn’t drop all the way to the outside. He patiently drifts and clogs the throwing lane this time. Roethlisberger decides to try to force the ball anyway and is intercepted.

Late in the game, the Steelers became desperate for a score and called a deep corner post for Brown. Brown actually beats Ramsey on the route, but the play doesn’t stand.

The Jaguars are in a cover-3, so in order for this play to work, the offense has to find a way to hold the free safety. They accomplish this by having the tight end run a deep sit in the middle of the field, the free safety comes up to defend it, leaving too much space for Ramsey to defend and Brown makes the catch but the play is called back for offensive holding.

Haley tries to go back to a similar concept two plays later, but this time, the defense isn’t fooled.

This time, the offense is in a bunch formation, but the concept is the same. The Steelers are trying to hold the free safety with another route to get Brown open on a post. This time, the safety slow plays the slot post, which puts him in perfect position to defend Brown’s deep post. He sits where Brown is going to run and intercepts the pass to end the game.

Having the game end with Roethlisberger's fifth interception by catching Haley going back to the well too many times was a fitting end for the game. It also shows how important it is to capitalize on a great play design for the first time. If you don’t, the opportunity won’t be there on the next attempt.