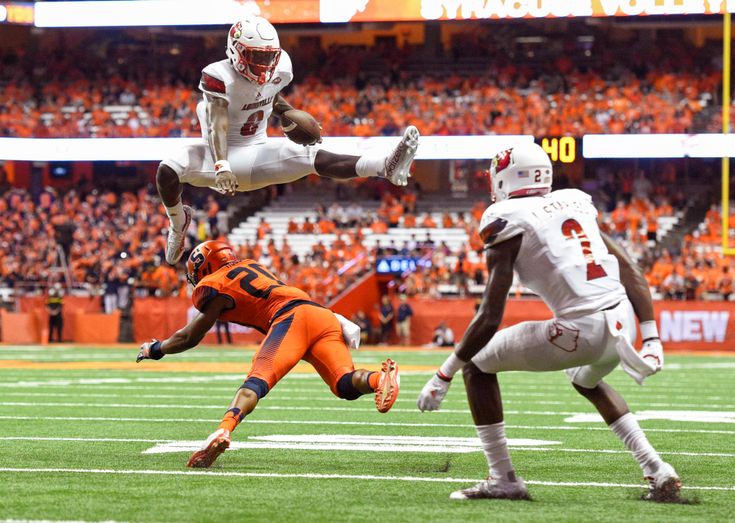 When you have one of the best running quarterbacks to have ever played college football, you have to find different and effective ways of letting him run the ball. Louisville coach Bobby Petrino seems have every type of spread option play in his playbook to allow his star quarterback, Lamar Jackson, to work his magic.

So far this year, Jackson has rushed for 1,443 yards and 17 touchdowns for a 6.9-yard average in 12 games. Though Jackson’s supreme athleticism is obviously the main reason for his video game-like numbers, Petrino has done an excellent job with his scheme to create opportunities for Jackson.

One of the ways Petrino’s scheme presents defenses with problems is his “double H-back formation.” I don’t have the Louisville playbook, so I’m not sure exactly what Petrino calls it, but for the sake of simplicity, we’ll call it that. 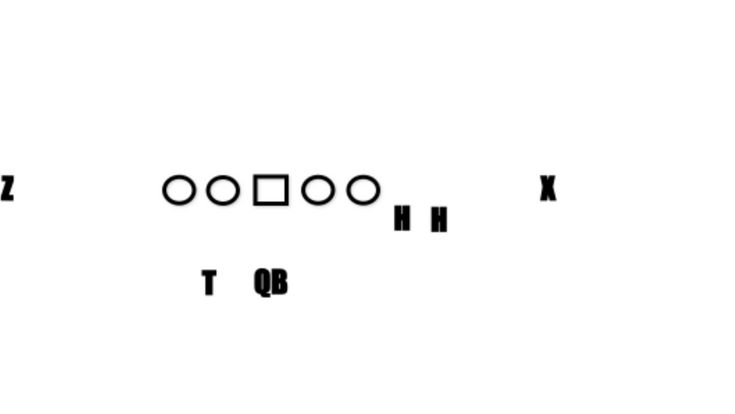 The formation features two H-backs off the line on the same side. It’s problematic for defenses because opponents would bring extra defenders away from the running back to stop Jackson from keeping the ball and running on the backside.

With the two H-backs, defenses have to honor the extra gaps that are created on the frontside by assigning more defenders to that side to defend it.

However, the offense could still hit the backside with extra blockers by running split zone with the two H-backs pulling toward that direction and becoming lead blockers in case Jackson keeps the ball. 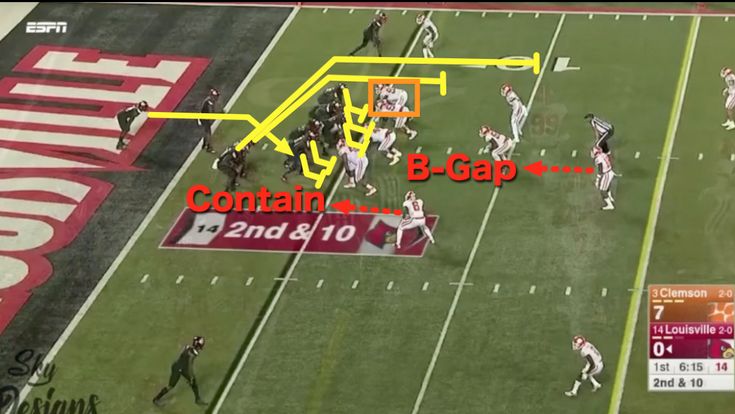 On this play, the Louisville offense is lined up in the pistol (tail back direction behind quarterback) with the double H-backs to the right of the formation and Clemson’s defense is defending the extra gaps with an apexed linebacker and strong safety walked-up in that direction.

Being in the pistol also ensures the defense sets their strength toward the H-backs rather than away from the back, as some defenses will do against a standard shotgun formation.

Once the play starts, the back steps to the left and the offense runs a zone read right play. Jackson reads the backside end on the left and sees that the end plays too far inside, so he keeps the ball.

The two H-backs pull toward the right and lead blocks for him — this is where this formation really gives defenses problems. They set the strength to the right, but are frozen by the potential running back run right and are outnumbered to the weak side.

With two lead blockers in front of him, Jackson is able to get into the secondary untouched for a 15-yard gain.

Here’s the same play where the offense will motion into the formation for window dressing.

Louisville can also run zone read toward the double H-backside.

After the ball is snapped, the H-back closest to the quarterback runs across the formation to get the linebackers to flow that way. Since they were outflanked earlier in the drive, they were more likely to overreact to the H-back pull.

The other H-back stays on the backside of zone read and arc releases in case the quarterback keeps the ball. Once again, the end is too far inside and Jackside keeps the ball and hugs the H-back’s block and destroys angles with outstanding speed.

Petrino has a really nice wide zone play with a midline read that he runs out of this formation toward the double H-backs side.

The defense flows heavily toward the double H-backs and the movement of the offense as they “reach” and “run” right. The backside 3-technique chases the running back so Jackson keeps the ball and runs inside of the left tackle’s “fan” block.

Jackson doesn’t need help outrunning defenders, but as you could see, if he is aided by the scheme, defenders stand no chance. He gets so far in front of everyone that he just gingerly jogs the last five yards into the end zone.

Though he isn’t just a scrambling quarterback, it may be a while until we ever see a runner like Jackson at the position. He’s got more running yards than a lot quarterbacks have throwing yards. Good coaching is about tailoring your scheme to emphasize the talents of your best players. Petrino has helped Jackson maximize his immense threat as a runner with the multiple ways they could run option plays.