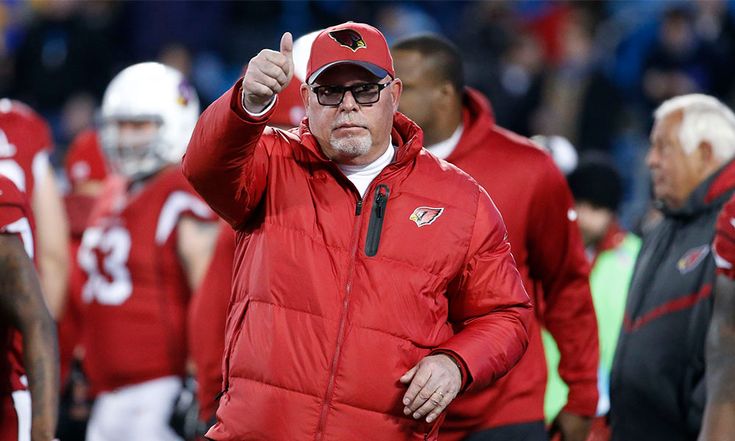 NFL Sundays will not be the same with the retirement of former Arizona Cardinals coach Bruce Arians. He was (arguably?) the most aggressive play caller in the NFL.

I have learned quite a bit from studying film of his offenses over the years. With his recent retirement, I wanted to spend some time looking back on his X&O impact.

Arians will never shy away from attacking a defense when the opportunity presents itself. Whether it be a deep crossing route off play action, a double post concept on third and 1, or any number of double-move concepts he uses, you’d better have a fresh set of light bulbs screwed into your scoreboard.

If you play with a single high safety and press coverage, be ready for the straight-go routes. Even backed up on his own end zone, Arians will take advantage of the opportunity to attack downfield.

Many teams will run the “H-Post” concept on a regular basis. This play isolates a receiver, typically from a tight slot alignment, on an angle route. The angle route often looks like a delayed slant, and the timing works very well with the quarterback’s footwork.

Arians will call this concept occasionally. In Arizona, he would feature Larry Fitzgerald on this route often. Off this concept, Arians saw an opportunity to attack downfield if the opportunity presented itself. When the defense plays cover-4 to this concept, they can use the safety to rob the angle route.

Arians took note of this, and designed the rather unique play structure shown below. The post route from the slot on the left will attack the area vacated by the cover-4 safety. 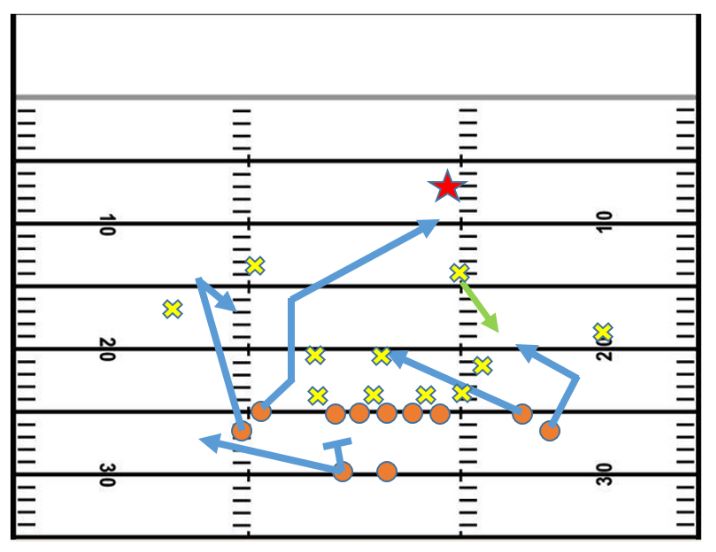 With incredible timing from quarterback Carson Palmer, the Cardinals hit this play for a touchdown in the red zone. If Palmer is a second late on this throw, the corner would have been able to undercut the route.

With Michael Floyd and Larry Fitzgerald drawing most of the attention from defenses (not to mention speedster John Brown), the Cardinals’ tight ends were often left on islands in 2015. Arians designed plays to isolate and take advantage of his tight ends, who were often matched up with linebackers. 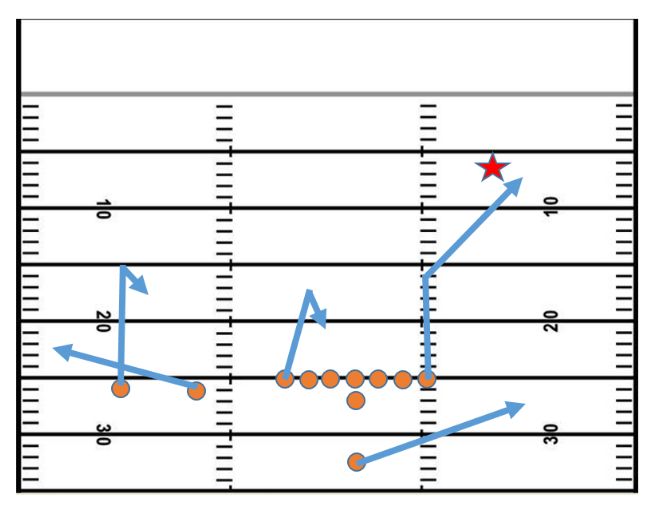 Using the “Hank” concept on the left to attack soft zones, and the tight end smash concept on the right to attack man coverage, Arians has a well-designed play in place. The defense puts a linebacker on the tight end, so the QB makes the correct read and throws the ball on time. It’s a well-timed play call, with the offense attacking vertically in the deep red zone.

Arians has a bevy of double-move concepts at his disposal if he notices a defense cheating to his base concepts. The next play shows a “shake” route from the tight end in a similar formation as the last play. This shake route will fake the corner, and come back to the seam. 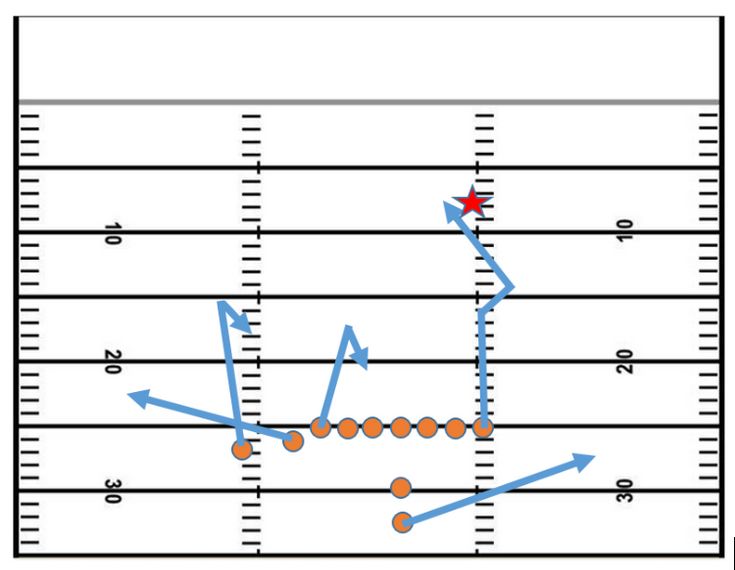 Using three tight ends in the formation will ensure the offense gets the look they want. When NFL defenses see three tight ends in a formation, they will often roll a safety down to help with the extra gaps in the run game. This leaves the seams vulnerable for a well-coached quarterback to attack.

4. Well shoot, if our wideouts and tight ends get to go deep, why can’t our running backs go vertical, too?

The creativity does not end with the wideouts and tight ends, Arians got David Johnson plenty of downfield catches as well.

This next video shows a concept like the one above. Arians calls the shake route to the singled-up tight end, but slips Johnson on a wheel route behind him. With the tight end isolation routes already on film, Arians is counting on the corner committing to the tight end, leaving a linebacker on the running back.

Let’s look at a fourth-and-two play call. Arians lines up in a broken I formation, hiding Johnson at fullback. He calls a hard play fake and gets Johnson matched up down the field. Let’s reiterate the fact that this play was called on fourth-and-two! He was definitely going for the biscuit on this one.

I have seen more empty formation variations from Arians than any other coach. One of the more effective ways he attacks with empty is motioning the single back out of the backfield. When the lone running back motions out into empty, most teams will make an “empty check.” When defenses make late checks, there is a strong chance for a miscommunication.

This was evident against the NFL’s best defense in 2017, the Jacksonville Jaguars. The late motion causes a safety rotation, and frees up the tight end down the seam. At the end of the play, you can see how frustrated the defense gets due to the lack of communication.

Arians’ creativity and aggressiveness will be missed. I would love to connect with him someday. I am certain I would learn quite a bit.

(Bruce, if you read this, my Twitter handle is @b_peters12)