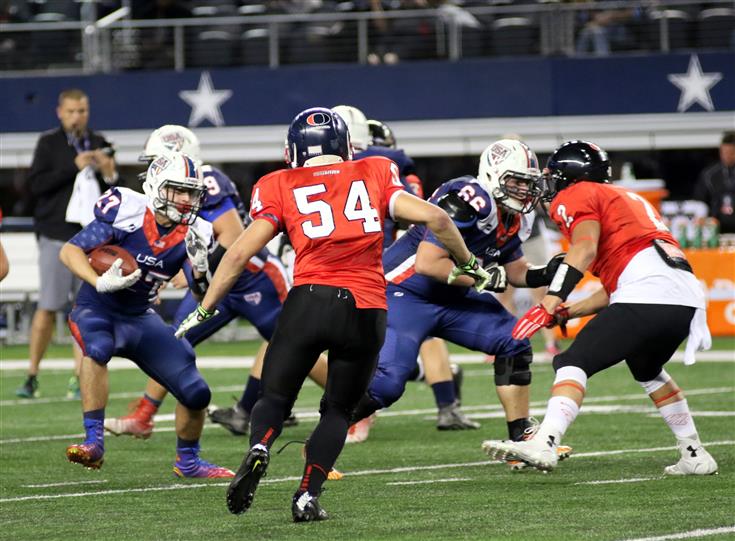 International Bowl IX kicks off from AT&T Stadium in Arlington, Texas, on Friday. The four-game set concludes with the U.S. Under-19 Select Team vs. Team Nordic at 8 p.m. Central Time. 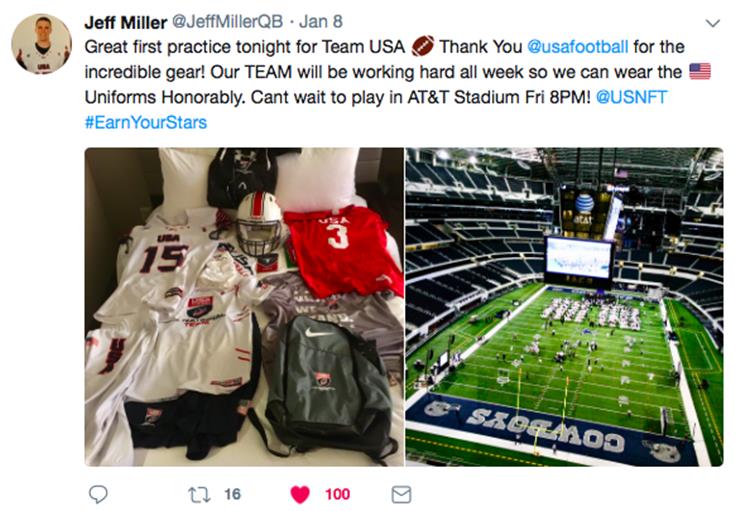 “I’m very impressed with the chemistry the team has built, which is hard to do in a week. The coaching staff we have is unbelievable, too,” Neugebauer said. “We want to run plays and schemes that match our strengths, so we're busy figuring that out.” 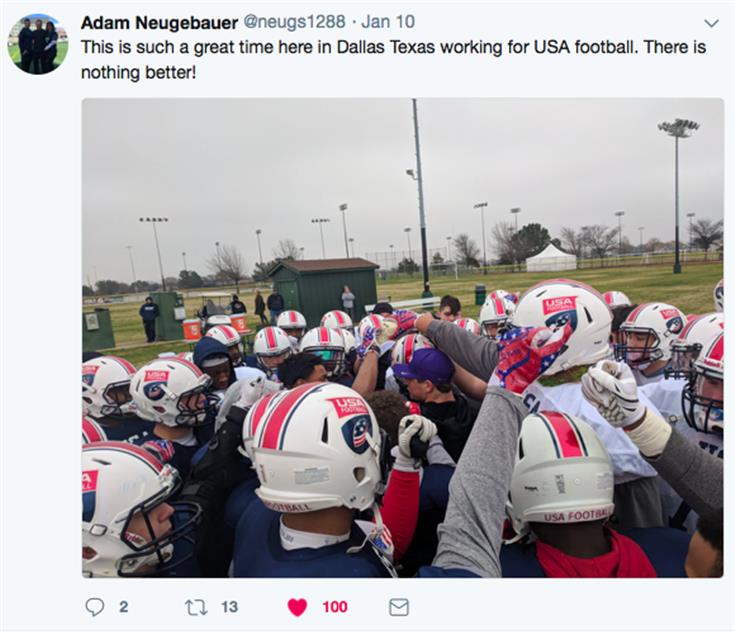 “They’re from all over, it’s eclectic in terms of personalities and very well-selected,” Holzer said. “We have a lot of guys with speed, and that’s a lot of fun to have. Most importantly, they’re hungry to learn and they're really excited to work hard.”

Pacific University and Select defensive coordinator Lukkes Gilgan also plans to keep things fairly basic, to let the unit play fast and instinctive. Each day has been a tryout of sorts.

“Every guy here has earned the right to be on that field, but the first group you see out there will have earned that right as well,” Gilgan said. “We compete in practice, ask our guys to do a lot in terms of effort, so the guys giving the best will be the first ones out there.”

RELATED CONTENT: Stories from across the country and world, as start of International Bowl IX at AT&T Stadium approaches

The Nordic squad is led by 77-year old Jim Criner, who has a résumé like no other. Per American Football International, after five different assistant coaching stops, Criner compiled a 76-46-3 record at Boise State and Iowa State from 1976-86, including a I-AA title at Boise in 1980. He won World Bowl IV as head coach of NFL Europe’s Scottish Claymores in 1996, led the Las Vegas Outlaws in the XFL’s lone season in 2001 and spent five years as a scout for the Kansas City Chiefs.

Criner now delivers his football knowledge around the world. His American Football Coaching and Teaching Academy hosts coaching clinics and player camps in Europe and China.

Friday’s other games include: