Football parents, set up your own OTAs 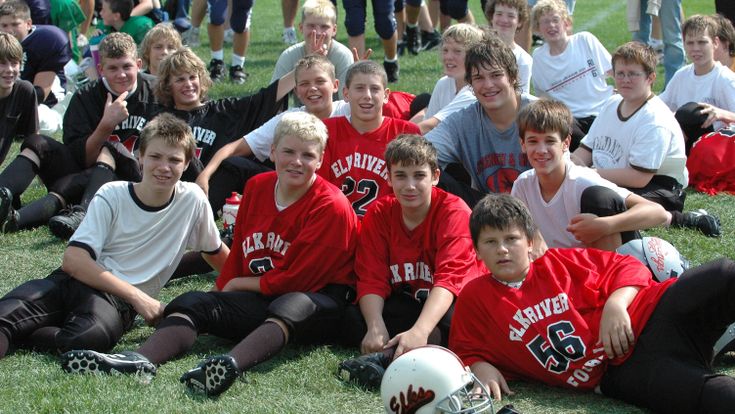 We often read about NFL players taking part in OTAs, also known as organized team activities. And while the NFL might spend most of the OTA time on the field, consider an OTA for your football team team off it.

Here are three types of OTAs that will not only serve as a team-building activity for your kids, but also benefit others.

My guess is there’s a youth football program in your area that would benefit from having more experienced players show them techniques and strategies. Maybe a high school team helping the Pop Warner team, or the Pop Warner players doing the same for a flag football squad.

I know a local high school team that annually conducts a clinic for the nearby Special Olympics flag football team. The head coach says this three-hour clinic spent with athletes who have disabilities teaches his players more about life than any other OTA he’s ever tried. It’s a win-win for both.

2. Volunteer at a fundraiser

Barely a weekend goes by anywhere in the country when there isn’t a fundraiser of some sort that needs volunteers. Whether it’s setting up tables and chairs for a beef-'n-beer, lining a 5k course with people to distribute water, or helping pack goodie bags at a walk-a-thon, there are plenty of ways for teams to volunteer doing random, non-football events.

One of the most humbling volunteer experiences our team ever had was heading to the local homeless shelter to help prepare and serve food. Our boys came away with a much greater appreciation for all the basic things they take for granted such as food, shelter and clothing. The best part of the experience was the player-driven conversation on the way home about when they’d be doing it again and how they might even be able to help before that.

RELATED CONTENT: What to do when two of your children are playing at the same time

It’s often a parent or player leading the OTA effort. February is generally a somewhat down time in the sport of football, no matter where you live in the country, so it’s the perfect opportunity to put the wheels in motion for planning an OTA for the spring or fall seasons.

As parents, we strive to teach our children valuable lessons that they hopefully will carry with them into adulthood. Sometimes those lessons are learned the hard way. That’s not the case with these practical lessons.

In fact, it’s so easy, in some ways, it’s just like playing a game.