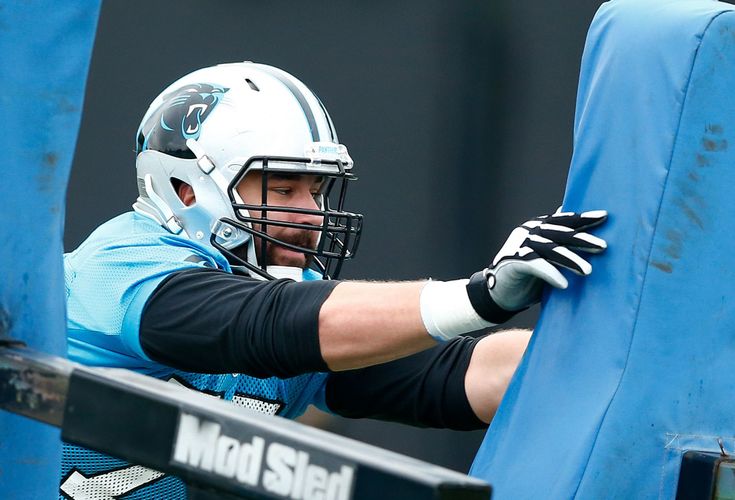 Jay Glazer used to be an out-of-shape sports reporter. Not anymore.

The media personality, who began as a sports journalist for the New York Post, has transcended his previous occupation in a massive way. No longer content to only write about sports, Glazer has appeared in commercials, TV shows and big-budget movies that typically revolve around athletics.

He's also involved in an exclusive gym located in the heart of Hollywood on the Sunset Strip that he co-owns with former Chicago Bears linebacker Brian Urlacher and Olympic volleyball player Lindsey Berg.

Unbreakable, which is the name of the gym, is apt. The professional athletes who shuttle in and out of the facility include some of the best talent in the NFL today. Why these athletes are drawn to the gym is another matter.

The facility primarily focuses on combat sports training methods, specifically mixed martial arts (MMA), which is currently among the fastest-growing sports in the world. Glazer, who's very adept at MMA, has integrated aspects of MMA drills into workout routines that translate into more effective football fundamentals.

Although it's hard to imagine a sports reporter rising through the ranks to become a professional trainer to some of the world’s best athletes, it isn’t hard to believe, because NFL players are lining up to train at his facility.

Odell Beckham Jr. showed up to his gym to work on ways to more effectively defeat press coverage. Glazer spoke with Beckham regarding his reasoning for coming to an MMA gym to work on football fundamentals.

“When I am out in space, fantastic,” Glazer says Beckham told him. “My issue is getting people’s hands off me.”

Hand combat is one of the most important aspects of playing football. Whether a lineman is trying to gain leverage and drive his man downfield or a wide receiver is trying to break press coverage by getting the defender’s hands off his body, MMA training is an effective tool.

"To be a successful lineman, you have to have great technique in order to go against guys who are faster and potentially stronger," Lally said to ESPN. "You have to have good technique. It doesn't matter how big you are, it matters how much of a technical fighter you are."

The University of Washington football team agrees with Lally. The Huskies integrated MMA hand combat into their offseason training program, which the team credits for the improvement of its offensive line.

While MMA training may make aspects of football easier, there's no substitute for fundamental football drills, including the Carolina Panthers hand accuracy drill for offensive linemen. 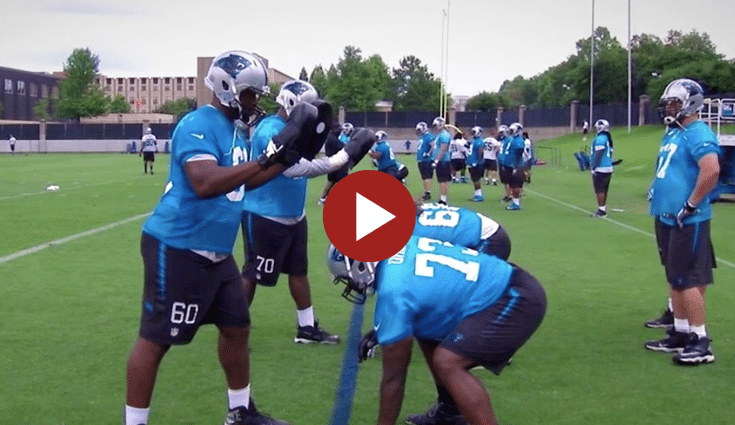 The purpose of this drill is to focus on the offensive line’s accuracy of the hand strike during pass protection.

Place two standing defensive players in a true head-up position with each player wearing a pair of boxing focus mitts.

On the snap of the ball, both offensive players will explosively snap out of their starting stance and into proper pass protection posture.

The players will not kick slide, but instead stay on the line of scrimmage and engage in hand accuracy combat.

Initially, players will employ a double punch with one hand hitting each individual focus mitt simultaneously. This should be immediately followed by a right-left-right hand strike combination before resetting the drill.

While players are throwing aggressive hand strikes, they should concentrate on not breaking the proper pass protection posture.

The power from the punch should originate in the lats and triceps.

A player’s upper back should remain strong throughout the drill with their head and eyes up.

This is an updated version of a blog that originally published November 16, 2016.