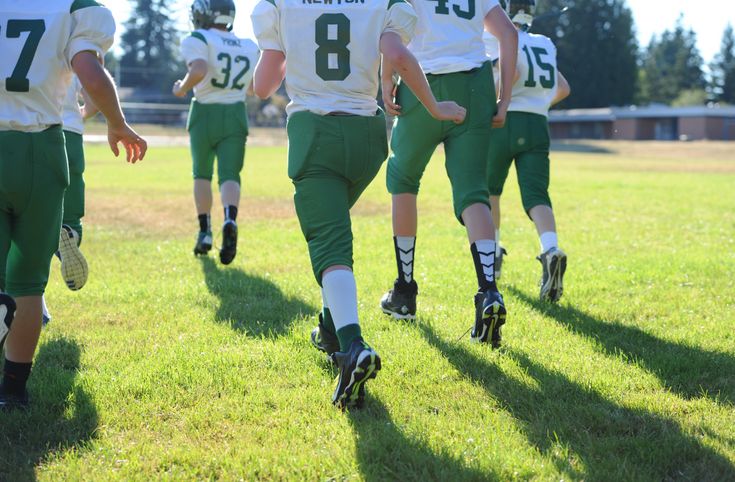 Having been a youth football parent for eight years, I have my opinions on what is expected of parents, players, and coaches on and off the field.

There isn’t a single subject I’m more passionate about than playing time. My older son Bradley has played youth tackle football and has experiences on both ends of the spectrum when it comes to how many snaps a child gets in a game. In the case of my younger son, Jared, he started playing flag football last season and playing time is an important factor there as well.

My feeling is and always will be that when a parent gets that checkbook out for registration, there should be an expectation that their child will be on the field during the course of a game. If you want to put a number of guaranteed snaps on the registration form and make that known in advance, then it’s up to the parents to make a decision. If there isn’t a guarantee of snaps, it should still be a given, other than issues of behavior and not showing up for practice, that your child gets a chance to play.

RELATED CONTENT: 5 ways a parent should handle a child’s lack of playing time

Having said that, my wife Sheryl and I are about to enter unchartered territory when it comes to Bradley as he gets ready to play middle school football this fall. We’re still doing our due diligence on what to expect by talking to other parents who have had or currently have kids who are playing in middle school, but clearly this is going to be a transition toward a situation that many parents just can’t handle well.

At some point, playing time is not guaranteed.

In youth football, a parent has the opportunity to speak with the coach about playing time and, if handled the right way, they can reach common ground. But when you get to middle school, things start to change. Because there are usually separate teams for seventh and eighth grade, the numbers suggest a child is going to get the chance to play. However, in middle school, a parent is not writing a check for registration. Playing football at this level is voluntary, so a coach can limit playing time based on skill on performance.

Then in high school, all bets are off.

That’s when winning games becomes the objective and coaches feel the pressure to get results. At that level, just because your kid is “on the team” doesn’t necessarily mean playing time is part of the deal. The coaches are going to play the best players because it’s their job to put the team in the best situation to win. The coach’s job is to win. It can’t be a concern of the coach to worry about what parents are thinking about in the stands if their kid isn’t playing.

It’s also not appropriate at that level for parents to complain about it. They had a right to gripe about it at the youth football level, but in middle school (and to a much bigger extent in high school) the parents just have to realize the best players are going to be on the field. It’s common for administrators to field concerns from parents, and then the coach has to be dragged into the discussion.

Sheryl and I are looking forward to seeing Bradley play middle school football, and we’re excited about how Jared improves from year one of flag football to year two. As for Bradley, we’re curious to see how it all plays out because this is going to be something new to all of us. The high school situation is still a few years away, but clearly it will be another learning experience.

We know as parents that playing time will be out of our control and demands at some point. Some parents just can’t buy into that, and it causes a lot of headaches. If your child is still playing youth football, enjoy it and support your son or daughter. The process gets a little more challenging down the road.

At least that’s what we’re expecting!

Peter Schwartz is a sports anchor for the CBS Sports Radio Network, FOX News Headlines 24/7 and WCBS 880 Radio in New York. His older son Bradley plays youth tackle football for the Super Bowl Champion East Meadow Rams on Long Island while his younger son Jared plays flag football for the LSW Giants. Peter, his wife Sheryl and the boys are busy cheering on the New York Jets when they’re not at a youth football field.