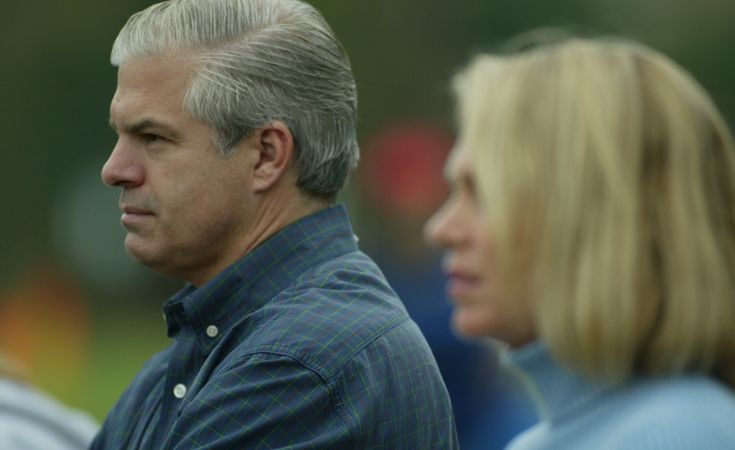 When a parent registers a child for youth football and hands over that check, there are a few expectations that come with it. You want your child to be safe, you want them to have fun, and you want to actually see them play.

The subject of playing time can be a slippery slope, especially for coaches. How do you balance winning with getting everybody in the game? Unfortunately for coaches, it’s nearly impossible to make everyone happy, but they have to be fair and do the best they can.

Sometimes, that’s just not the case, and I’ve experienced it in a few different ways.

My son, Bradley, spent his first two years of youth football at the instructional “peanut” level where they didn’t keep score – although I’m sure there were some dads on the sideline doing it – so everyone played equal time.

In his third season, things changed when Bradley moved up to the pee-wee level as part of a league that kept results of the game. That year, he didn’t see much playing time. In fact, there were some games where he only stepped on the field for a handful of plays.

During one game, the coach told Bradley to get ready because he was going in on the next play. The coach called a player off the field and sent Bradley on, but the other player did not want to leave the game and the coach said, “OK.”

My wife and I were both furious while Bradley was dejected and walked back to the sideline. During the next week at practice, I asked the coach if there's anything that Bradley needs to do to get more playing time. He’s at every practice and works hard, so I just wanted to see if something was wrong. The coach said Bradley is doing great and just needs to keep it up.

Another father also was upset with his son’s playing time and complained to the assistant coach. That prompted an email from the head coach to all of the parents saying that they should refrain from asking anyone but him questions about playing time.

For our family, things were different the last two years as Bradley, with a new head coach, blossomed into the team’s starting center. Playing time was no longer an issue, but it was for other kids on the team, and there were parents who were not happy about it.

Obviously, I could relate to what happened, but there’s a right way to handle it and a wrong way.

Two seasons ago, there was a game when a player kept coming in and out of the game. At one point, he came in for one play and came right out and started to cry. The father, who was on the chain gang, ran over to console him and started screaming and cursing at the coach for what happened. The child’s grandfather, sitting in the stands, was also giving the coach a hard time, and this was all taking place while our team’s offense was trying to run a play.

The commotion was so loud that the coach had to burn a timeout to settle everybody down. The screaming and yelling back and forth was unfortunate and unnecessary as it made things uncomfortable for everyone, including the kids.

Regardless of why your child is not getting a lot of playing time, here are five things concerned parents can do without making spectacles of themselves:

1. Talk to the head coach: That’s “talk” to the head coach, not “scream” at the coach. You get more flies with honey. Don’t do it before or after a game. Emotions are too high for a chat at that time. During the week, try to arrive at practice with your child a few minutes early and see if you can chat privately with the head coach about the situation. Don’t go to the assistants or anyone else with the program. That can only make things worse.

2. Reassure your child: It’s tough for parents to sit through a game and not see their children on the field very often. It’s even tougher for the player, especially at a young age. If your child is discouraged about a lack of playing time, try to keep their spirits up. Assuming the head coach hasn’t brought up any issues, tell your child how proud you are, and try to keep their head in the game. Encourage your child to work hard at practice and make it difficult for the coaches not to notice them.

3. Check the rulebook: Some leagues require a minimum number of plays that a player must take part in during the course of a game. Find out if your league has that rule, and keep track of how many plays your child is on the field. If you feel that they're not taking part in the appropriate number of plays, bring it to the head coach’s attention.

4. Talk to other parents: Chances are your child isn't the only one on the team who's not getting a lot of playing time. If it’s upsetting you, look around, because there could be other parents in the stands feeling the same way. If there are other families who share the same concerns, perhaps you can talk with them and schedule a group meeting with the head coach. The important thing is not to let things get contentious.

5. Practice, practice, practice: There’s a lot going on in the life of a child - school, family and outside commitments. So it can be hard to have 100 percent attendance at football practices or even games. I’ve seen parents who thought it wasn’t that important to get to practices. That’s just nonsense. Try to get your child to as many practices as possible. I always believe in the saying “out of sight, out of mind.” Practice is important for many reasons, especially when it comes to making an impression on the coach.

With my son having been on both sides of the playing time issue, I feel that every kid on a team deserves the opportunity to play, especially if there are league rules mandating a minimum number of plays for each player. I firmly believe that if you're keeping score, the coach has a responsibility to try and win the game.

But winning shouldn't come at the cost of depriving a youngster the opportunity to play, have fun and get better. There are ways to make sure all kids can get an opportunity to feel like they’re part of the team. I do think the best players should play the most, but those who work hard in practice should also see significant playing time.

It’s hard for the kids to deal with, but it’s equally, if not more, difficult for the parents. Handling it in the correct manner can go a long way to potentially fixing the problem.

Peter Schwartz is a sports anchor for the CBS Sports Radio Network, FOX News Headlines 24/7 and WCBS 880 Radio in New York.  His older son, Bradley, plays youth tackle football for the Super Bowl Champion East Meadow Rams on Long Island, while his younger son, Jared, plays flag football for the LSW Giants. Peter, his wife Sheryl and the boys are busy cheering on the New York Jets when they’re not at a youth football field.

This is an updated version of a blog that originally published April 7, 2015.