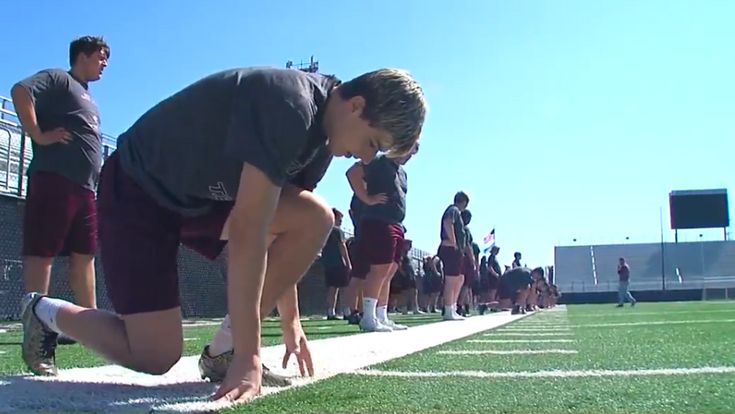 High school football teams have gotten creative in honoring their players in virtually every conceivable way. From signing days for incoming freshmen to decals on helmets for making good plays, there's no shortage of awards for football players to attain.

That said, one honor bestowed upon Jenks High School (Oklahoma) student-athlete Jackson Lilly on Monday might have stood out. It certainly did on Twitter, where the tweet below that showed the "ceremony" went viral.

At Jenks we have the tradition of the Personal Record Bell. Today Jackson Lilly @jacksontoddl rang the bell for the ultimate Personal Record! One year ago he was diagnosed with stage 4 Lymphoma and after a long battle he is cancer FREE! pic.twitter.com/5gcSrw4Sr5

Lilly, a junior, told KTUL in Tulsa, Oklahoma, "They were all there for me. I had a couple of best friends that were there with me all summer. But definitely, when I was diagnosed, the whole football team was there."

Jordan Johnson, the team's strength and conditioning coordinator, said, "That's the ultimate personal record for him. He was with us all through football season, on the sidelines, with no hair, going through chemo."

Do you have any special recognitions for your team's players, at the high school, middle school or youth football levels? Share them on the USA Football Twitter or Facebook pages.