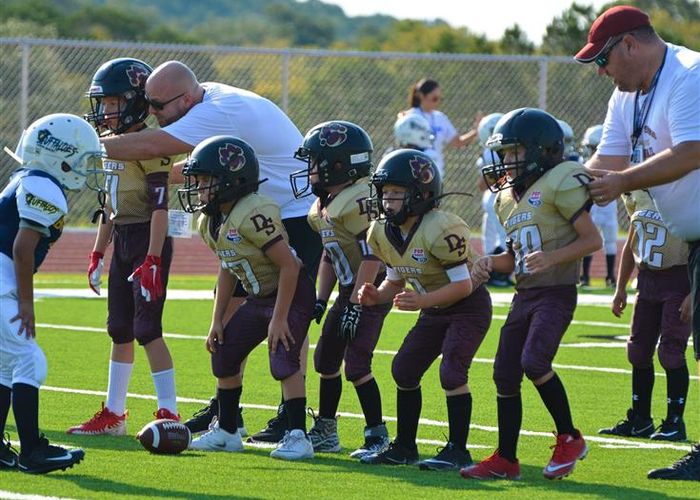 "The USA Football ADM will allow kids to experience the sport at their own pace and it will help us with the development of both players and coaches," Pop Warner Executive Director Jon Butler said.

Added USA Football CEO Scott Hallenbeck, "We strongly believe in football’s American Development Model to offer a smart progression, empowering parents and players with multiple entry points and options to choose from. I applaud Pop Warner’s decision to embrace USA Football’s ADM and for encouraging their leagues to make this pathway part of their program."

ADM will be made available to every Pop Warner organization across the country beginning this fall. The process will begin with messaging to parents, coaches and players about the philosophy of ADM and its role in improving the game.

"We will also make all three game experiences available to every Pop Warner program, which is something we’re quite comfortable with since we already offer both flag and tackle," Butler said.

"In fact, this past season we piloted USA Football’s Rookie Tackle program at one of our leagues in Austin, Texas — Hill Country Pop Warner — and received a very favorable response. We have gained experience with all the elements of the ADM and we will encourage our programs to take advantage of it."

Rookie Tackle is designed as a bridge between flag football and 11-on-11 tackle football. Among its modifications, it uses a 40-yard field and allows competitors to rotate through several positions.

Those elements drew rave reviews from players in the 5- to 7-year-old age group when Hill Country Pop Warner debuted Rookie Tackle last fall as one of 10 test markets throughout the U.S.

Before the season, no one knew how things would play out. By the end it had surpassed all expectations.

On the reduced surface dimensions, Hill Country president Janan Miller said, "A 5-year-old has no business playing on a field the same size as Tom Brady. They need to slowly grow into it, and for us, it was that fill-the-gap for what had been missing."

Added Hill Country vice president and Rookie Tackle coach Cuatro Groos, "It means every kid is involved on every single play. What I didn’t expect was just how much they improved with their blocking and tackling abilities. I realized with a full field, it’s just a race to the sideline, and there aren’t enough quality reps for every kid to really learn. My kids at the end of the season were probably more fundamentally sound than those playing in the level above them."

And while players in older levels typically settle into positions based on size, speed and ability, the opportunity to perhaps block one play and throw the ball the next makes Rookie Tackle a unique experience for all involved.

"The feedback was just overwhelming. Rotating the players was vital to what the kids got out of it," Miller said. "It gives them a better understanding and appreciation for all positions. They learn what each job entails, how they work together and it’s a lot of fun."

The fun factor is why Miller and Groos anticipate significant growth in the league's Rookie Tackle participation in Year 2. With seven associations under its umbrella last year, there were nine Rookie Tackle teams, and that could jump by 50 to 100 percent next season, they said. Also this fall, they could add up to eight new associations, each with at least one Rookie Tackle squad.

For Hill Country, there's no better advertising than word of mouth.

"If you can make it so each kid loves it and wants to come back, they can’t help but tell their friends about it," Groos said.

"They wanted to showcase their teams to the nation and to Pop Warner. They were so proud of the program and the success we had," Miller said. "The kids absolutely loved it. They keep asking if they can do it again next year. They just want to play football."