The 5 building blocks of team captains who are true leaders 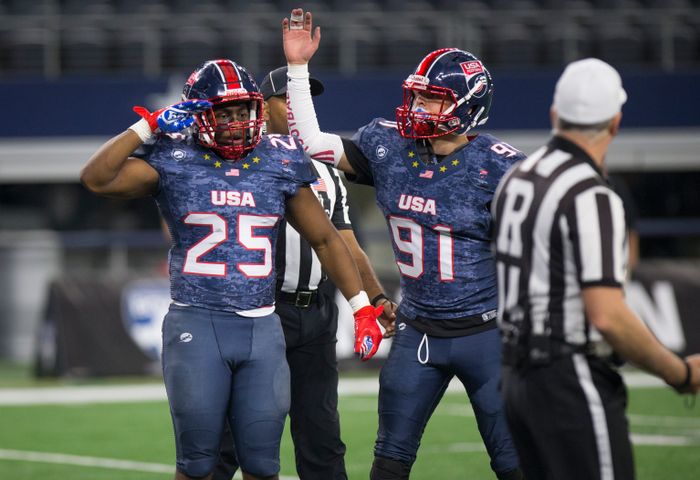 Being a team captain is both an honor and privilege. The position carries a weight of responsibility that requires the player be "all in."

RELATED CONTENT: This is what scouts look for when evaluating athletes at Regionals

Let’s build on those three necessary traits and look even deeper into five more building blocks on how team captains approach leadership:

1. The team captain is the fiercest competitor on the field

Nobody outtrains, outperforms or outdoes the team captains. They are the example to follow. Other players emulate their work ethic.

Is your team captain the fiercest competitor on the team?

2. The team captain possesses the highest mental strength and positive attitude of anyone on the team

Just like players emulate a captain's work ethic, they're drawn to and imitate their attitude as well. They don’t allow trash talk or let teammates degrade and criticize each other. They do allow positive encouragement and constructive criticism – the kind that builds up and makes players better.

Does your team captain demonstrate the highest mental strength level on the team?

Jeff Janssen, owner of Janssen Sports Leadership Center, says, "Your best leaders keep it real. They are honest with coaches and teammates and earn their deep sense of trust. They honor and follow through with their commitments so they are the most responsible and reliable people on the team."

Is your team captain open, honest, and trustworthy?

4. The three C’s of leadership required for every team captain

As laid out by sports psychologists Larry Lauer and Kevin Blue, a team captain must be:

Does your team captain possess and practice the three C’s?

5. Team captains think and act for the ultimate good of the team

They mentor fellow players, with tips and advice on how to improve their skills and overall game. They teach how to perform as a unit, correct ball hogs, talk up players with less confidence and promote trust between team members.

Does your team captain think and act for the betterment of the whole team?

If you’re a head coach, use these five building blocks to assess your team captains. Do they possess the traits listed?

If you’re a team captain, do you practice the five building blocks within your team?

As a leader, you should always self-evaluate and improve your leadership skills. Stack these building blocks in your life and team to create a strong structure for success.

Michelle Hill, the Strong Copy QB at Winning Proof, helps athletes tell their stories by ghostwriting books. She works exclusively with pro athletes, coaches, team owners, and other sports professionals, to move their book idea from concept to publication, from the Red Zone to the End Zone.

This is an updated version of a blog that originally published March 31, 2017.