Players must treat teammates with respect, even when they don't get along 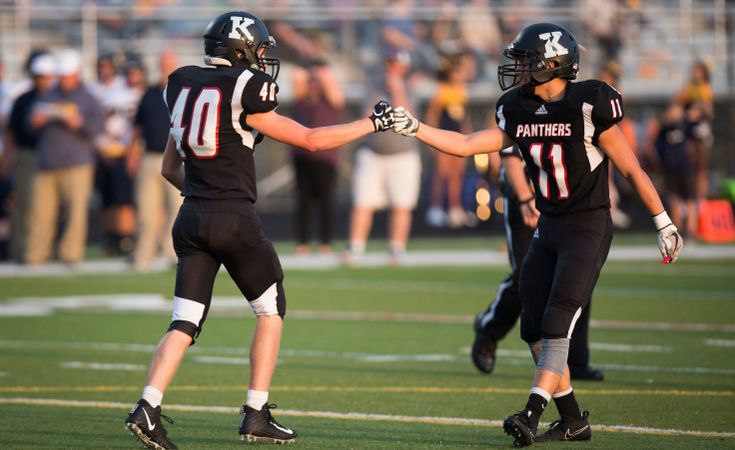 As a parent, one of the most important things to instill in a child is how to have respect for people. That goes for family, friends, neighbors, the waitress in a restaurant and especially – as it pertains to youth football – coaches and teammates.

Players don’t have to be best friends, but they need to respect each other. Your child may not like the left tackle, but as he walks past him at the start of practice, he should still say hello or give a nod of acknowledgement.

RELATED CONTENT: 3 reasons why your child should play youth football

The subject came to mind a few years ago when then-New York Jets quarterback Geno Smith was punched by teammate I.K. Enemkpali, which resulted in two fractures to Smith’s jaw. The dispute was reportedly over $600 that Smith owed the linebacker, who was subsequently released.

To me, it was more than just a football issue. It was a life issue. It was an avoidable confrontation between two grown adults who should have acted in a more professional matter. The bigger issue for me came when my son Bradley heard about what happened, and that’s when I felt it was time for a chat.

Let that incident serve as a teachable moment for young kids, especially athletes. Every parent can discuss civility at home. Youth football coaches can address it at practice.

Here’s what I told him:

Your team is your family. Football is a unique and special sport. Everybody on the team needs to rely on each other to be successful. All 11 players on the field have to be on the same page for a play to work. When it comes to the team, you need to have respect for each and every player. You don’t have to play Madden with all of your teammates, but you need to appreciate them.

If there’s a problem, talk it out. In any family, either your own family or a football team, there are bound to be disagreements. Just because you’re on the same team doesn’t mean you'll see eye to eye on everything. If you have a disagreement with a teammate, talk about it. Don’t let it get physical. Nobody wins when that happens.

Let the coaches help. If you’ve tried talking out a problem with a teammate and it’s not working, calm down and focus on the practice or the game. When there's a chance, tell the coach and see if he can help you guys straighten things out. The coaches are not just responsible for what happens on the field. They're also responsible for players off it. It’s always good to let an adult try to help out, whether it’s a coach or parent.

Incidents like what happened in the Jets locker room are unfortunate. Forget about what it meant to the team, the players and the fans. Think about the effect it can have on our kids who watch SportsCenter every day and read about it on the internet.

RELATED CONTENT: How diversifying your sports portfolio will help you in football

A kid sees how some NFL players settle their disputes, so to show I’m just as tough, it’s OK to punch someone in the face.

As soon as I heard that news, my first thought wasn’t about how it affected the team that I root for, but how it could've affected my favorite football player ... my son.

This is an updated version of a blog that originally published August 18, 2015.