3 reasons why your child should play youth football 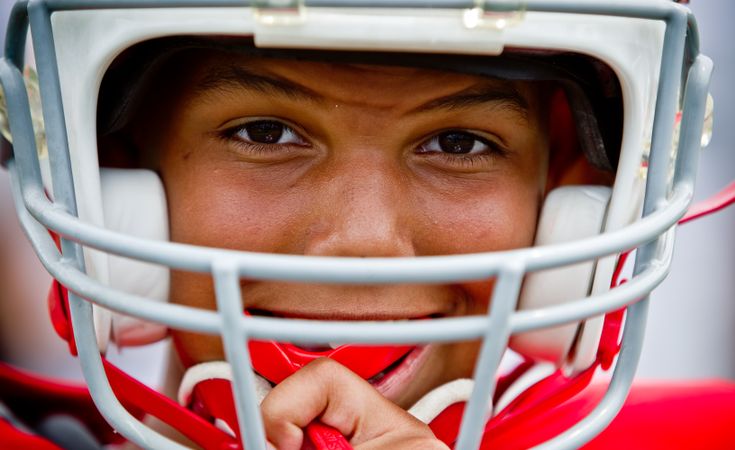 A few years ago, my son’s football team was handing out game jerseys during training camp. Our program orders the jerseys in advance in assorted sizes with numbers already on them. Once they’re given out, the last names are added.

Bradley looked at the jerseys in his size and settled on No. 3. A short time later, another child picked out his jersey. I don’t remember exactly what number it was, but let’s just say it was No. 65. One of his parents was overheard saying something to the effect of …

RELATED CONTENT: Always make sure youth football is fun for your children

The funny part is that my wife and I joke with people from time to time that when it comes to Bradley, we don’t need the NFL. We just want a college scholarship.

Calm down. We know that the chances of that are also slim. In fact, the NCAA publishes those percentages each year so parents have a realistic view of what’s in front of their children.

Now, there is no doubt there are kids who are playing youth football today who'll make it the NFL. Others will reach the college level, and most will see their playing careers end in high school or earlier. The dream of playing at the highest level possible is admirable, but it shouldn't be the reason your child takes the field.

Here are three reasons why your kid should play youth football:

1. For the love of the game: A child should never play a sport they don’t like. My wife and I discuss that with both of our children. Bradley plays football because he loves the sport. He’s been around it from a young age as I used to take him to practices when I was the radio announcer for the New York Dragons of the Arena Football League. From the baby carrier to running around with the players after practice, Bradley fell in love with football and carries that passion to this day.

2. Physical activity: We live in a society where an increasing number of children are inactive. Nearly 1 in 5 U.S. kids are obese. A little fun playing Madden is fine, but not moving around isn't good for a child. Kids need to be active and playing something. Whether it's tackle football or flag football, those are great ways for a child to run around and stay in shape.

3. Teamwork and discipline: During my three decades in sports media, I’ve had many football players tell me the sport played a big role in their lives, not just on the field, but also off it. I’ve also had many parents tell me how important it is for their kids to play. Youth football is a great way to build discipline in a child, and it's a terrific tool for learning how important teamwork is. It’s a sport where you really have to concentrate on your job and be able to trust what your teammates are doing.

Every kid who plays football dreams of making it to the NFL. It could just be having a catch with a parent or sibling, and a child will pretend they're hauling in the game-winning catch in the Super Bowl.

It’s great to dream and have goals in life, but that’s just a kid being a kid. A parent shouldn’t have such lofty expectations or put that kind of pressure on a child.

Children should play football because they like it, to have fun and to learn some important life lessons. My son Bradley loves playing football, and he would love to play at the next level. We go to see our local high school team play from time to time, and Bradley wonders what it would be like to be out on that field if the opportunity comes about.

But that’s not why he plays. He plays because it’s fun, he’s making friends for life and he’s using it as a tool to grow. That’s all my wife and I can ask for as parents.

This is an updated version of a blog that originally published December 12, 2015.