Always make sure youth football is fun for your children 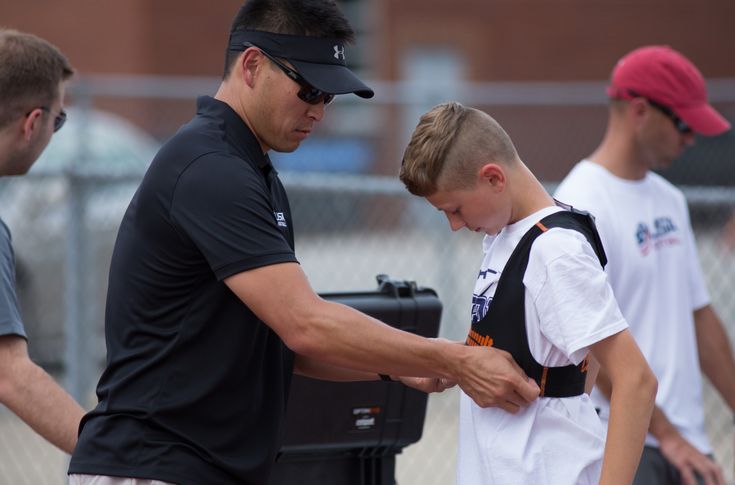 Football can bring a spectrum of emotions and feelings for players, coaches and parents. It can be passionate, challenging, happy, sad, rewarding, demanding, and educational. For high school players, it could be a pathway to college. For collegiate players, it could be a ticket to playing in the pros. For the professional player, it’s your livelihood.

But for a youth football player, whether it’s tackle or flag, the game has to include something that’s very important. It has to be fun.

For eight years, it’s been the job of my wife Sheryl and I to make sure that our oldest son, Bradley, is still having fun playing tackle football. Now, we are heading toward our younger son Jared’s second year of playing flag football this fall. In both cases, it’s imperative that the boys have a passion for playing, but that they’re also enjoying it and having fun.

Everything else, like learning fundamentals and leadership, is important, but it’s gravy compared to walking on and off the field knowing you enjoy what you’re doing. Kids certainly have the right to be disappointed if their team loses or if they individually didn’t catch a pass or missed a tackle in the game, but overall, did they have fun playing?

Whether it’s a game or a practice, there’s no question Bradley loves playing football, but it’s still important to have a discussion every year about what his intentions are. My wife and I know what the answer is, but it’s still important to have that chat and talk about playing football each year. Now that Bradley is going to be playing middle school football next year, there are some other factors to consider.

RELATED CONTENT: 5 ways a parent should handle a child’s lack of playing time

My younger son Jared absolutely loved playing flag football, and it wasn’t hard to figure out he wants to play again. Since last year was his first year playing, Sheryl and I probably asked him after each game if he was enjoying it, and it really seemed liked he was loving it more each week. After the season was over, and even as recently as a few weeks ago, if you asked him if he had fun and still wanted to play, Jared would look at you like you had two heads.

Flag football was an immense amount of fun for Jared because he learned the fundamentals of the game, was active for a few hours each week with the game and practice, and made some great new friends. It even inspired him to watch more football on TV, enjoy going to New York Jets games even more, and has started collecting football cards. There’s no question he loves playing football and has plenty of fun doing so.

My wife and I know both kids are having fun with football because they’re constantly talking about it. In fact, they’re already asking if they’ll be taking part in a youth football camp that they go to every year, and of course the answer is yes. It may not be football season right now, but that hasn’t stopped Bradley and Jared from thinking about getting back on the field.

It’s important for every parent to discuss football with their kids from time to time and ensure they’re not just going through the motions and that it’s still fun for them. It’s unfortunate, but over the years we’ve seen other kids who are not having fun. Some even looked like playing football was the last thing they wanted to do.

Football should be fun. As a parent, you owe it to yourselves and your children to make sure they are having fun. Have those conversations from time to time, because it’s important to know whether or not your child is doing something they love to do.