Few athletes can boast of attaining ultimate success in one sport, let alone two. Michael Carter is one of those rare athletes. The Dallas native set records in track and field in both high school and at Southern Methodist University before earning a silver medal at the 1984 Summer Olympics, all while starring as a nose tackle and winning three Super Bowls with the San Francisco 49ers.

“When I was a kid, my dad told me that anything I do, no matter if it is sports or school or anything, you have to do your best,” Carter said. “That’s the lesson I took with me my whole life. Always do your best.”

Carter got his start in athletics when he got to middle school. He got his start on the gridiron in the eighth grade. While he had visions of being a great running back, a growth spurt soon put an end to that and he found himself on the other side of the ball terrorizing runners for years to come.

“In middle school, up until that growth spurt in the seventh grade, I was always one of the fastest guys,” he said. “Even in track, I was doing the sprinting events. Once I got bigger, I realized I had to find another use for my talents. My coach in track pointed me over to the shot put and I taught myself how to throw.”

Once he got on the football field and in the shot put ring, there was no stopping Carter. By the time he got to high school, he was an unstoppable force in both sports. In 1979, at the Golden West Invitational meet, Carter set the American national high school record of 81 feet, 3½ inches in the 12-pound shot put.

In the decades since, no one has come within 2 feet of his record. The achievement caused him to be named Track and Fieldmagazine’s high school athlete of the year in 1979.

RELATED CONTENT: See why this Texas school district requires student-athletes to play more than one sport

“When you are balancing two sports and trying to be successful in both, the most important thing you can do is stay in good shape all the time,” Carter explained. “With football and track, it works out that you can go from one season to the next. While I healed from football, I could work on track since you didn’t use the same muscles or movements. Then when track was over, it was time to get ready for football.”

His gridiron prowess coupled with his amazing skills in track and field caught the attention of colleges across the country. However, most wanted him to focus solely on one sport. Ultimately, after a conversation with former SMU coach Ron Meyer, Carter was swayed to stay close to home and be a Mustang.

While at SMU, Carter continued to excel in both sports and the stars aligned perfectly for him. What could have been a bad injury that kept him on the sidelines for a year and cost him a chance at stardom turned out to be the pathway for him to get drafted into the NFL and earn a place on the U.S. Olympic Team.

Going from winning a silver medal in the Olympics, Carter transitioned into his full-time career in pro football. In his first season in San Francisco, Carter would be on a Super Bowl champion team. Over the next eight seasons, he would win two more Super Bowls in San Francisco and be named first-team All-Pro three times. His rare blend of power and speed helped him be a fixture on the Niners' defense. 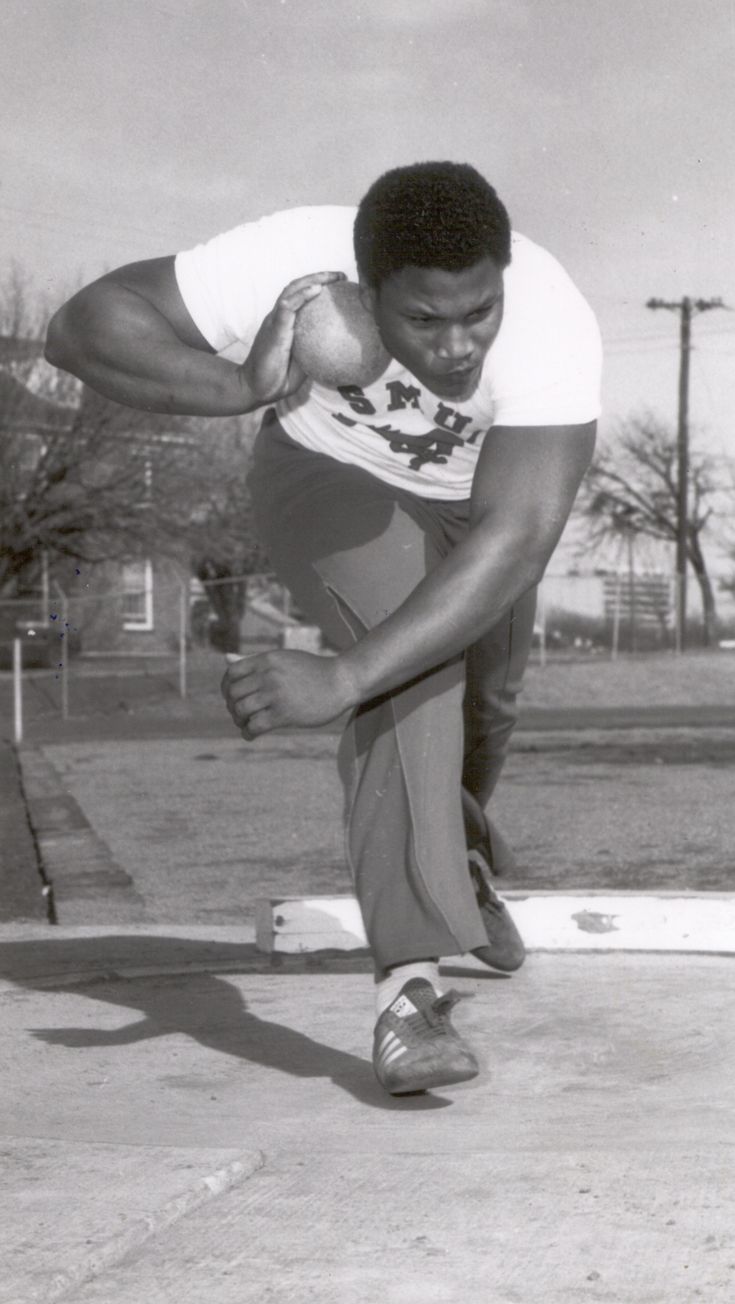 “That team was really something special,” he said. “[Hall of Fame Head Coach Bill] Walsh was so far ahead of the curve. He always had his eye on the details and would make us players concentrate on those things, too. He knew that if we did that, if we had control over the small things, we would already be better than the other teams we played.”

After leaving the game, Carter took time to be a coach for his children, including his daughter, Michelle Carter, who followed him in competing in shot put. She would go on to earn a gold medal at the 2016 Olympics in Rio de Janeiro.

“Coaching my kids is something I never thought I would do, but I’m thankful I got the chance to,” he said. “Now I give my time to privately coach athletes in track and field. The lessons I teach them are the lessons that my dad and football gave me. Do your best. Every throw, every down, every meet, every game. Do your best all the time.”