The Spring League: A game of second chances 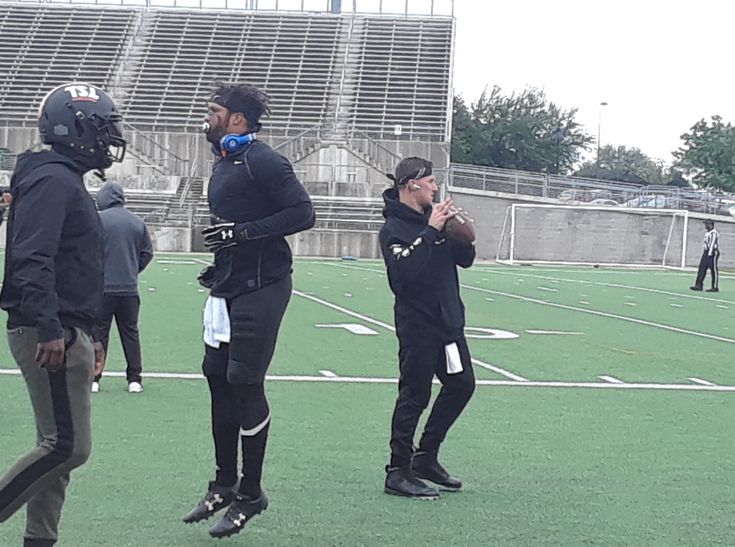 Football has always been a game that has fostered the idea of second chances. The game is built on a foundation of hard work, dedication, teamwork and sacrifice. It is these traits that led to some of the great comebacks in the game’s history.

Comebacks and second chances have proven to be some of the greatest stories in the history of football. This consideration was one of the tenets behind the founding of The Spring Leaguein 2016. In 2017, the league played its games at The Greenbrier Resort in West Virginia and featured a litany of college and NFL stars including Kellen Winslow II, Ricky Stanzi and Ahmad Bradshaw.

This season, the league moved to Round Rock, Texas, and featured the talents of former Heisman Trophy winner Johnny Manziel, LSU signal-caller Zach Mettenberger and running back Ben Tate. Also participating was former University of Texas at San Antonio defensive back Michael Egwuagu.

As a senior, Egwuagu earned second team all-conference honors for the Roadrunners. The Chicago Bears signed him as an undrafted free agent in 2017, and he was one of the last players cut before the start of the regular season. He has proven to be a textbook case for what the Spring League is about.

“Since I was cut, I moved back to my hometown of Austin (Texas) and have been working in the stock market,” Egwuagu said. “My agent reached out to me when he found out The Spring League was coming to the area and it felt like a no-brainer. I had put the idea of playing professionally behind me until this opportunity came up. The chance to play football again with the chance of getting back to the NFL was something I jumped at.”

While the vast majority of the media attention that the league has garnered has been directed toward Manziel, for players like Egwuagu, the chance to get some of the spotlight shone back on them is the proverbial icing on the cake.

Not only has media attention been high, but so has the interest of professional scouts. Representatives from multiple NFL and CFL teams have been in attendance at the league’s four games and their host of practices.

“The coaches here with The Spring League are very experienced and know what they are talking about,” Egwuagu said. “It’s also been great to play with other pro football players. Everybody is here for the same reason, so there is a real high level of respect for each other. The competition level is also really high. Overall, I can’t say enough good things about the League.”

“I know that I can play in the NFL, I think my training camp with Chicago proved that,” Egwuagu said. “Now, to get the chance to go out and show people again that I can help a team is really a blessing. I know when this is all said and done, I will have done everything I can to prove that and at the end of the day I will be satisfied with whatever happens.”

Football is a game of second chances. If you have a bad play, there is always the next one. Have a bad game? There is always next week. Bad seasons can be forgotten the following season. Everyone wants a second chance and everyone loves a comeback. That is part of why football means so much to so many.