From the gridiron to Congress, Heath Shuler has been a leader everywhere he’s gone 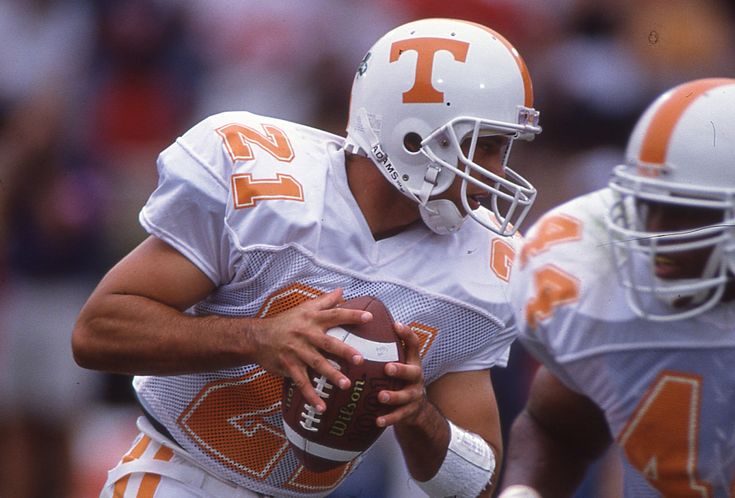 (Photo via University of Tennessee athletics)

Growing up in Bryson City, North Carolina, Heath Shuler began playing football when he was 6 years old. Originally installed as an offensive lineman and then a tailback, the future SEC Player of the Year and Heisman Trophy finalist learned everything there was about the game.

“Where I grew up, we had such a strong football tradition in Bryson City and every kid I knew wanted to play as soon as it was possible to,” he said. “If you look at our area, in Swain County, you had guys like Sam Gash, Carl Pickens, and Brad Johnson all come out of there. It’s a small community, but we all love football.”

Shuler finally got his shot at quarterback as a freshman at Swain County High School, and it was a role he never truly relinquished. He would eventually lead his team to three straight state championships and was named as the North Carolina High School Player of the Year.

“[My coaches] really instilled in me the demeanor and positive attitude that you have to have to play this game,” Shuler said. “I think having that kind of teaching at a young age not only helped me in the game, but also gave me the skill set to prepare for life.”

When it came time to play at the next level, Shuler had many options, but there wasn’t really any doubt where he was going to go. The history, legacy, and aura of the University of Tennessee, coupled with its wide-open offensive style, were too attractive to pass up.

From the get-go, Shuler proved to be a special player for the Vols, and before he left Knoxville, he would go down as one of the best quarterbacks in school history. He ended his career owning nearly every passing record in school history.

“Probably my favorite memory though was leading a big comeback my sophomore year against Georgia,” he said. “It was my biggest game to that point and it was a great team victory for us and those are the things I enjoy most, the team aspect of football.”

In the 1994 NFL Draft, Shuler was drafted third overall by the Washington Redskins. Injuries derailed his pro football career, but Shuler has never been one to dwell on the negative. He and his brother began an extremely successful real estate firm and went back to Tennessee to complete his degree in psychology.

RELATED CONTENT: How former San Diego Chargers lineman Courtney Hall used his intellect, on and off the field

He never gave a thought to finding himself back in the spotlight. However, leaders have to lead.

Phone calls from current Chicago Mayor Rahm Emanuel and former President Bill Clinton convinced him he needed to put his leadership skills to good use and serve his country by running for Congress.

“I like to say I’ve been recruited by some big names in my life, but there’s nothing quite like being recruited by the President,” Shuler said.

In 2005, he announced his intentions to run for the 11th Congressional District in his home area of western North Carolina. He was successful in his efforts and was sworn into office in 2006. His work ethic, thick skin, determination, and leadership skills all played into him having a highly successful career in Congress.

“I know playing football helped me be successful while I was in public office,” he said. “If you look at the work ethic that it takes to be successful in the NFL and to be successful in Congress, that has to be something that is instilled in you at an early age. I feel fortunate enough to have had that, thanks to my background in the game of football.”

He would serve his constituents for three terms before deciding not to seek election after 2012, and he did so with an approval rating of over 70 percent. Now, he has returned to the private sector and is content with his legacy and his life.

“There have been a lot of obstacles in my life, both in and out of the game of football,” he said. “Being able to overcome them and to have had the successes that I’ve had in my life after the game, I think that is what has made me the person that I am today.”