How Billy Sims became a football star, and how he's using what he learned to be a success today 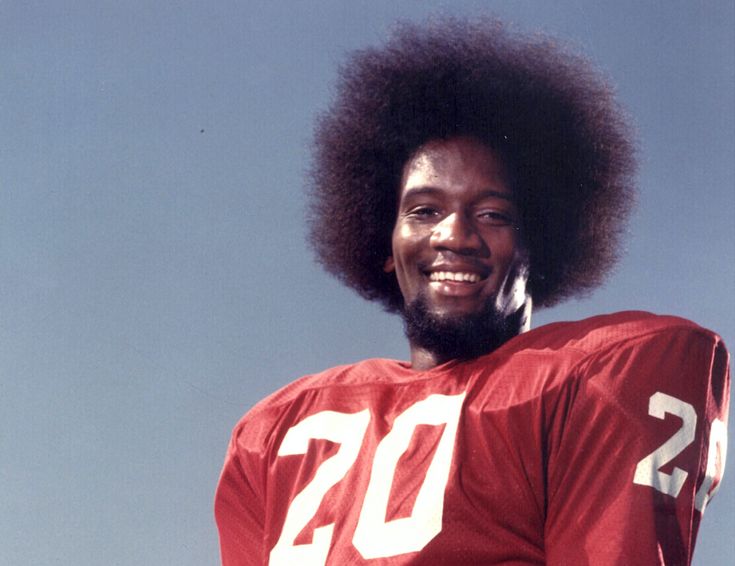 While Billy Sims would go on to become a College Football Hall of Famer, a Heisman Trophy winner, the first overall pick in the NFL Draft, and a three-time Pro Bowler, he had no intention, nor any dreams of accomplishing any of this as a child. Growing up in St. Louis, Sims was – and still is – a lifelong fan of baseball and his hometown Cardinals. It was not until high school, when his family moved to Hooks, Texas, that he was introduced to football.

“It’s funny, I had no intention of every playing football until we got to Texas,” he said. “I had family that played football and they were always telling me you weren’t tough unless you played football [laughs]. I didn’t want them telling me that, so I signed up in high school and it turned out pretty good for me!”

Though he would go on to set state rushing records in Texas that lasted for over a decade, he started out for the Hooks High School Hornets as a starting linebacker on defense, but third on the depth chart at tailback. While he greatly enjoyed doling out the hits on defense as opposed to absorbing them on offense, fate had a different path in mind for him. Injuries thrust Sims into the starting lineup and into the record books. In just three years of varsity football, he rushed for 7,738 on 1,128 carries. During that time, he had a streak of 38 straight games of over 100 yards.

“I became a running back, and I think I was successful at it, because of pure fear,” Sims said. “I had a fear of getting hit all of the time. There was a whole lot of running and not a lot of blocking in those days. That’s how I developed my style. As a junior, we started getting really good as a team, and that’s when things really started getting fun for me and I started loving the game.”

RELATED CONTENT: How former San Diego Chargers lineman Courtney Hall used his intellect, on and off the field

Before wrapping up his career in Hooks in 1973, Sims would become the second all-time leading rusher in the nation. This naturally caught the eye of recruiters across the country. Prior to graduation, he had verbally committed to attend Baylor University to play for the legendary Grant Teaff. Again, fate would step in and move him in another direction.

“At the time, my baseball coach was from Oklahoma and a big Sooners fan,” Sims explained. “I told him as a favor to him, I would take a visit, but there was no way I was going there. This was in 1974 and they had just won the National Championship. On my visit, I met the great Bud Wilkinson and from that trip on, things changed for me. I fell in love with the program and everything about Norman. I still live there to this day and I am still part of the program. They’re my family.”

While he didn’t play for Wilkinson, Sims did become a star under his successor, Barry Switzer. While with the Sooners, in Switzer’s fabled wishbone attack, Sims become a two-time consensus All-American (in 1978 and 1979) while rushing for 1,896 yards as a junior and 1,670 yards as a senior. He would win the Heisman Trophy in 1978 and was runner-up in 1979.

“Back then, you could say [Oklahoma] was kind of like how Alabama is now,” Sims said. “We were tremendously successful, we won lots of games, made bowls every year, and we were up for the National Championship every year. I think the best part of it all though was that we had a great coach [in Barry Switzer] who cared about his players. I have a great relationship with him to this day and we talk all the time.”

His performance at Oklahoma earned Sims the No. 1 overall draft selection in 1980 by the Detroit Lions. He went on to be a ray of hope for a franchise that had been dormant for many seasons. He would be named Offensive Rookie of the Year in 1980 and the Lions made the playoffs in 1982 and 1983, with Sims leading the way.

“Going to the next level is a lot different than it is playing college ball,” he said. “I think the biggest difference is that it took more mental preparation to be ready each week than it did to be ready physically. It took awhile, but we got better in Detroit and in 1983 we lost to the San Francisco 49ers by a field goal in the playoffs.”

Ultimately, injuries cut short Sims’ career in professional football. He attempted comebacks in 1985 and, after being out of the game for several years, in 1988. He decided to finally walk away when he knew his body couldn’t do the things his mind wanted to. However, like many former football players, he was able to find a way to use the skills he got from the game and apply them to his life afterward.

“In football, you don’t succeed without a great team around you, no matter how good you are,” Sims said. “At Oklahoma, I had a great supporting cast around me. My roommate, Greg Roberts, the year I won the Heisman Trophy, he won the Outland Trophy. When people ask me advice, whether it’s football or business, that’s what I tell them. Surround yourself with the best people possible, but be a good teammate. That way, you can all succeed.”

Channeling that ability to use teamwork, Sims and a business partner founded what would turn out to be a tremendous (albeit surprising) success away from the football field in 2004 when they started Billy Sims BBQ. While thinking it would at best be one or two restaurants in the Norman area that would attract Sooners fans, the brand has expanded to over 60 locations across the state with an eye on even more success down the road.

“I had no idea it was going to get as big as it did. I really didn’t,” he said. “The restaurant business is tough, but we try to keep things simple and give the customers what they want. I tell all our employees that when a customer comes into the restaurant, they own the place.”

Building a budding restaurant empire on the back of the philosophy of teamwork and quality was just one more way that fate intervened in Sims’ life. While his path in life was never a straight one, like any great running back, he had vision to see the field for what it was and adjust his route to get where he needed to go.