How former San Diego Chargers lineman Courtney Hall used his intellect, on and off the field 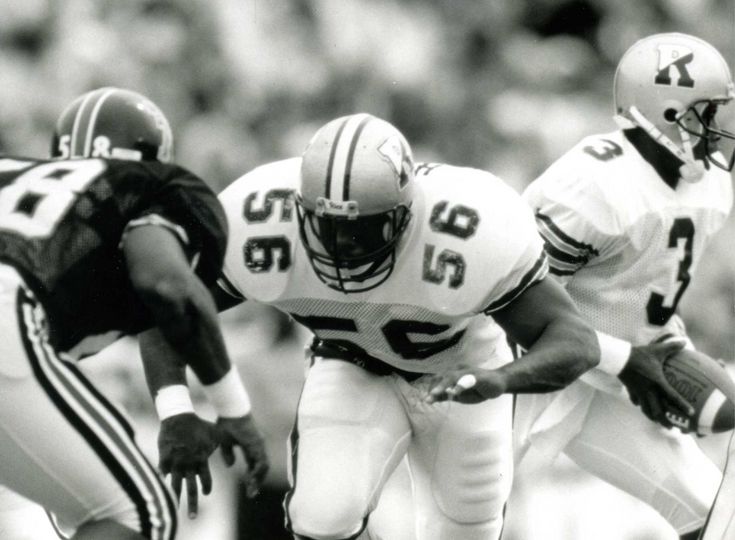 Few players have seamlessly transitioned from the gridiron to a successful post-playing career the way Courtney Hall has. Growing up in the football hotbed of southern California, Hall cut his teeth in the game playing flag football. From the beginning, Hall had different ideas about the game than most who played. While others are drawn to the game out of a love of contact or competition, Hall instead was drawn to football for a completely unique reason.

“I always loved the history of it,” he said. “I loved the game, but I was more of a historian of it at first. My mom and dad got me a book about the history of football. I still have it, actually. I remember reading about Harvard versus Yale and how the game evolved from rugby. I read about the first forward pass and Jim Thorpe. I loved that part of the game and it grew from there.”

RELATED CONTENT: Revisiting the USC-UCLA 'Game of the Century' on its 50th anniversary

From the very beginning, Hall was the anchor of his team's offensive line. Being a big kid from an early age, as well as his clearly evident cerebral side, his coaches found him a natural fit not only for the o-line, but for the ever-crucial position of center.

“I think you could say I've always been an offensive lineman by nature,” he said. “There is a lot of technique and thinking behind the game that really appealed to me. As an offensive line, if we don't do our job right, then it doesn't matter what else happens on the field. I always took great pride in being the lynchpin on what happens on the field.”

At Banning High School in Wilmington, California, he played along a host of future stars, including Jamelle Holieway, Leroy Holt, Bob Whitfield, Brett Young, and Mark Tucker. His skills, size, athleticism, and intelligence caught the attention of several programs. Ultimately, the chance to play football and earn an outstanding education led him to attend Rice University in Houston.

“I was really small for my position coming out of high school,” he said. “When scouts came looking at Jamelle and Leroy and Brett all rushed for 1,000 yards and toward the end of the season, scouts came looking at who was blocking for these guys. When it came time to choose where to go, it came down to USC and Rice. For me, because I was small, I knew football was going to be away to get an education. Rice was just the right fit for me academically.”

Hall came to Rice in 1985 and entered into two-a-day practices when he was still just 16 years old. He was named the starter just days before he turned 17. He would remain the anchor of the Owls’ offensive line for the next four seasons. Along the way, he would be named a two-time All-Southwest Conference  honoree and was the first center in history to win back-to-back George Martin Awards as Rice's team MVP.

“For me, my favorite part of playing for Rice was the relationships I built among my teammates,” Hall said. “Will McClay, who is the assistant director of player personnel for the Dallas Cowboys, is one of my best friends. We didn't win a lot of games, but the relationships I developed there are long-lasting.”

RELATED CONTENT: The role of an athletic director in a high school football program

Before heading to the NFL, Hall earned the 1988 American Airlines Spirit Award and was named a member of the Southwest Conference's All-Decade Team for the 1980s. Ultimately, he was inducted into the Rice Athletic Hall of Fame in 1995 and received the Gerald R. Ford Legends Award, which is given to a former collegiate or professional center who, in addition to excelling on the field, has made significant contributions through philanthropic work.

“My Mother always told me that you go to school for academics,” he said. “If you're good enough at football, the NFL will find you. We were 0-11 my senior year and I wasn't invited to any of the all-star games. An injury came up and I was invited last-minute to the Senior Bowl. I was closest to Mobile, Alabama being in Houston. They said I could come out and wouldn't really have to play being such short notice. But, things happen.”

The starting center, Ohio State's Jeff Uhlenhake, also got injured during the game, thrusting Hall into the lineup. Despite having less than one day of practice, he excelled and forced every scout in the stadium to take notice of him. Despite being undersized, unheralded, and from a program that hadn't had much success, Hall was taken at the top of the second round in the 1989 NFL Draft by the San Diego Chargers. He would again step right into the starting role and not cede it until he retired from the game in 1996.

“That was a really special franchise to be a part of,” he said. “Getting the chance to basically play back home again was really something I was happy and fortunate to get to do. My father passed away when I was a senior in high school and being in Houston, it wasn't always easy for my mother to come and see me play. Obviously, our run to the Super Bowl in 1994 was probably my favorite memory. We had a really great group of guys who all believed in what we were doing.”

After graduation, Hall went back to school and earned his juris doctorate and his MBA from the University of Chicago. He was always drawn to business and served on the Rice University Investment Committee, helping to manage the university's $4.5 billion endowment. He was also appointed to the New York City Campaign Finance Board by Mayor Michael Bloomberg before becoming a managing partner at Hillcrest Venture Partners, a venture capital firm.

“I can't speak for how football locker rooms are now, but from when I started playing, even at Rice, there were always guys like me who were drawn to things beyond just football,” he said. “I loved music, I loved art. I played the piano and saxophone. It wasn't hard for me to find other guys with similar interests. I always had my eye on what I was going to do after the game. I knew it was a finite time for me to play, but while I did, I always found myself around a great group of guys who shared my interests.”

These days, Hall is spent in his office scouring financial pages, tech blogs, and the Wall Street Journal looking for the next big thing in technology that he and his partners can invest in. This is in addition to helping manage a vast portfolio of assets his company holds. He is a long way away from banging heads with defensive linemen and opening holes for running backs, but he is still as competitive as ever.

“I always knew I wanted to do other things once I got done with football,” he said. “I've always loved business, the strategy involved in it. For me, it was a natural evolution to get involved in finance. With that said, I don't think anything will ever match what happens on Fridays or Saturdays or Sundays. Nothing will ever match that, but what I'm doing comes the closest.”

Everything that Hall has earned in life, both on and off the field, has literally been earned. He was blessed with above-average intelligence and instilled an unparalleled work ethic by his parents. Along the way, he was able to marry his skills with the lessons he learned from the game of football to become an unmitigated success.

“For me, football taught me to just keep working no matter what,” he said. “Once you get to the NFL level, everybody can play. There are less than 10 percent of players in the league who are truly great, transcendent players. The rest of the guys, whether you were drafted or signed as a free agent, the ones that stick around the longest are the ones that are not afraid to work and work extra. This applies not only to just football, but to business, and to life.”