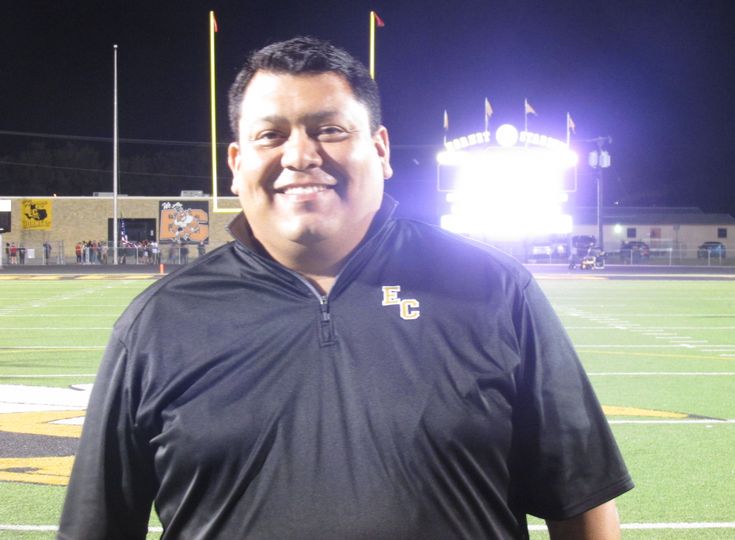 Oftentimes, they are the person behind the scenes, and most observers never completely understand the full scope of their jobs. Across the country, the men and women fulfilling the roles of athletic directors ensuring that all of a school or school district’s sports programs operate smoothly and seamlessly.

It’s often said the way you know if they are doing a good job is if you don’t know they are there at all.

So, what exactly do they do? What is the job of an athletic director, really? How do they impact and interact with a football program? How much are they involved in a football team’s success?

Tony Trevino is in his second year in his role as athletic director of East Central Independent School District in Adkins, Texas just outside San Antonio, having started his career as a coach at Smithson Valley High School in Spring Branch, Texas, with stops at Uvalde High School, and Mary Carroll High School in Corpus Christi, where he was head football coach and athletic director.

RELATED CONTENT: From the playgrounds to public speaking – how football shaped Bo Scaife

He took time out of his busy schedule to talk about his role as an AD, the ideal relationship between AD and head coach, and how to interact with players and parents.

EM: Tell me how you originally got into coaching? How did your career begin?

TT: “I went to college at [what is now Texas State University] in San Marcos, Texas, and after graduation, I started student teaching at Smithson Valley High School under Larry Hill, who was my high school coach [at Jourdanton High School in Jourdanton, Texas]. I was an assistant coach with him there for 10 years. In 2007, I got the athletic director position/head coach position in Uvalde and I was there for four years before moving to Carroll High School.”

EM: Was being involved in athletics as a coach and administrator something you always knew you wanted to be involved with?

TT: “Oh yeah, I knew from probably from when I was a freshman in high school that this was something I wanted to do. I had some friends when I was younger who didn’t have a lot going for them and then I saw how coaches had positively impacted them. I felt like that was what I wanted to do to help kids. Pretty early on, I think I had the goal of being an athletic director and a head football coach.”

EM: You had a great mentor in Coach Hill. What are some of the ways in which he influenced you in both coaching and your role as AD?

TT: “I think one of the best things I learned from him, and this has applied to both the hats that I have worn, is to surround yourself with people that want to be successful. Hire people with a great work ethic and above all hire good people.

“His philosophy was that he didn’t need to have a coach on his staff that knew everything. He felt he could teach them the things they didn’t know, but he wanted someone who had that drive to be successful and were deep down good people who could build relationships with the kids. I think that has been the biggest takeaway I got from him and that I use today.”

EM: What are some of the duties of an athletic director that most people just aren’t aware of?

“These facts hit me like a ton of bricks when I first took on the responsibilities. Even after all of my years as an assistant coach under Coach Hill and watching him handle things, I still had no idea all of the responsibilities that this job has.”

EM: There are three distinct relationships that I would like to get your input and thoughts on in regard to your job as athletic director. What are your relationships with the head football coach, the football players, and the parents?

TT: “Well, your athletic director and your head football coach have to be able to work together. Ego cannot get between the two. As far as the role of the head football coach, that is the most prominent position in most Texas high schools. They are the face of most schools. The relationship between the AD and the coach is that the AD has to let that happen. Still find a way to focus on maintaining the core beliefs and ideals of the school, but again do so in a way that both can work together toward a common goal.

“With the players, I think it is different depending on the job description. If you’re the athletic director and the head football coach, which a lot of people are, then your relationship with the players is extremely tight and you’re more than likely a role model type of figure to those kids. In a role like mine where I am only the AD, I have to work a lot harder now to build a relationship with them. If you’re not careful as an athletic director, then you’ll become another ‘badge,’ or just an authority figure. I have the ability to get out on a daily basis and establish a rapport.

“When it comes to the parents, that relationship is of paramount importance. I think there are two things that are important in that relationship. One, you have to be visible and two, you have to be approachable. My job here is to be an ambassador of athletics to the community and to be a sounding board for the community. A lot of things get filtered through me, either from the parents to the coaches or from the coaches to the parents. Being able to be that person to deliver the messages is what is important about that job.”

EM: What is the role of the athletic director in a football program’s success? How big of a part is it overall?

TT: “I think the AD has to provide the role of providing positive leadership, both for the kids and the coaches. For example, in my role now, I have to be a leader of leaders and a coach of coaches. If we are successful here, it is to some degree because I have given some feedback – either positive or negative – to the coaches. I spend two to three days out of the week going to practices or going to the athletic periods during the school day and giving them feedback and pointing out what their blind spots are and what they aren’t seeing. Helping coaches improve their programs with a critical eye is how we athletic directors help a team succeed on the field.”