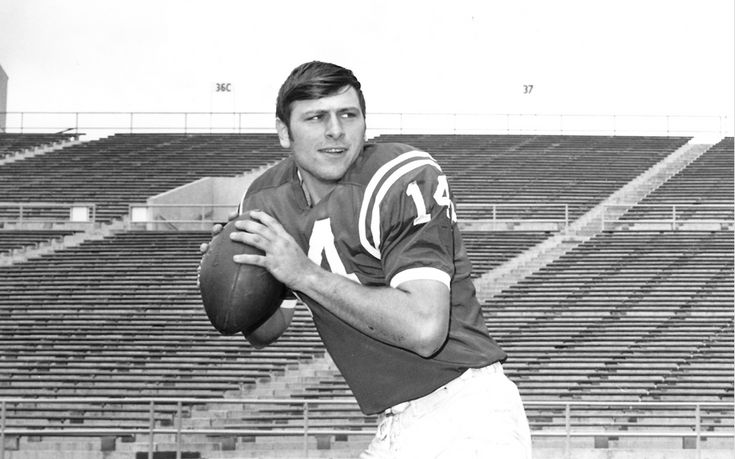 There are many lessons that football players have been able to learn from the game over the years. Hard work, self-sacrifice, the value of teamwork all have been passed down from coaches to players, teammates to teammates for generations. One lesson has proven to have been especially valuable to former Nebraska Cornhuskers quarterback Jerry Tagger: perseverance.

“From the time I began playing, the thing I loved more than anything about football was the competition,” he said. “To win, everyone had to go out and give it their best. Nobody ever likes to lose so you always carry that with you. But sometimes you do. Sometimes you get knocked down. Sometimes things don't go the way you want them to, but you get back up. You persevere.”

Growing up in Green Bay, Wisconsin, in the shadow of Lambeau Field, Tagge began playing football in high school. His natural talents earned him the quarterback position, which he held on to for his entire life. It was in these early years that the lessons of the game began to take hold of him.

“Every Sunday, after the Packers games, all the kids would go out to the park and play football pretending we were the players we'd just watched,” he said. “When I was in high school, I was a vendor selling popcorn and Coca-Cola at Lambeau. Football was something very important to all of us then and it was a great time to be in Green Bay.”

Tagge's arm strength and accuracy soon earned him the attention of schools across the country. When it became time for him to decide where he wanted to go to college, the University of Wisconsin and University of Nebraska were the two final choices. He ultimately decided to head to Lincoln. The reason why? He wanted to win.

“When I was a junior in high school, two guys from our team went to Nebraska,” he said. “When I was a senior, myself and another player decided to go. That was our whole backfield in high school. At the time, Wisconsin wasn't winning much. I wanted to go to a bowl game and see what that was all about and I think it couldn't have gone any better for me."

Tagge reached unprecedented heights with the Cornhuskers. Unable to ignore his passing abilities, Nebraska instilled a proto-version of the West Coast offense. With him under center, Nebraska rolled to a 17-12 victory in the Orange Bowl (Tagge, then a junior, would be MVP of the game) and earned the school and Coach Tom Osborne their first national championship.

It would be a feat they would duplicate in 1971 following an epic clash with arch-rival Oklahoma in that year's version of the “Game of the Century.” Since college football was not televised nearly as much in those days as it is now, this game took on extra importance. The Thanksgiving clash between the Cornhuskers and Sooners became an event to players and spectators.

“Those games were really great because of the competition,” he said. “It was two of the best teams playing head-to-head and seeing how good we really were with really high stakes. While the National Championships back then were important, they weren't the be-all and end-all they are now. Personally, I would have been content to just play in those games because they meant so much.”

Tagge would be drafted 11th overall in the first round of the 1972 NFL Draft by his hometown Packers. He wasn't looking forward to it initially. He saw limited playing time in three seasons in Green Bay before he was released.

“I never felt any pressure coming home to play for the Packers,” he said. “I'm glad I did go back though. Pressure is a word we didn't use back then. You just wanted to make the team and play. Playing football was something I had done all of my life. I just worked as hard as I could. It didn't work out there, but I don't have any regrets.”

He would play in the World Football League for the San Antonio Wings before it folded. Finally, he found success professionally in the Canadian Football League with the BC Lions. He got a chance to start and thrive in the wide-open style up north and was named an All-Star in his first season.

“It didn't take me long to adjust to that style of play,” Tagge said. “Yeah, there are 12 guys on each side and the field is wider and the motion and all that, but for a quarterback like me, it was great. It just all clicked for me up there. I understood the coaches and the schemes and got a rapport with the receivers. I got to throw all of the time and I loved it.”

After leaving the game, Tagge found himself back in Nebraska with his family. He would start the Tagge Rutherford Financial Group, a full-service wealth management firm. As a founding partner and executive vice president in the company, he has been able to put into use all of the lessons he learned from football into helping people attain financial independence.

“I've been fortunate since leaving football to have opportunities to be successful and to surround myself with good people,” he said. “It's perseverance though, having a work ethic and a pride in doing things the right way, that's what I have been able to take with me my whole life thanks to football."