Football goes to the Oscars 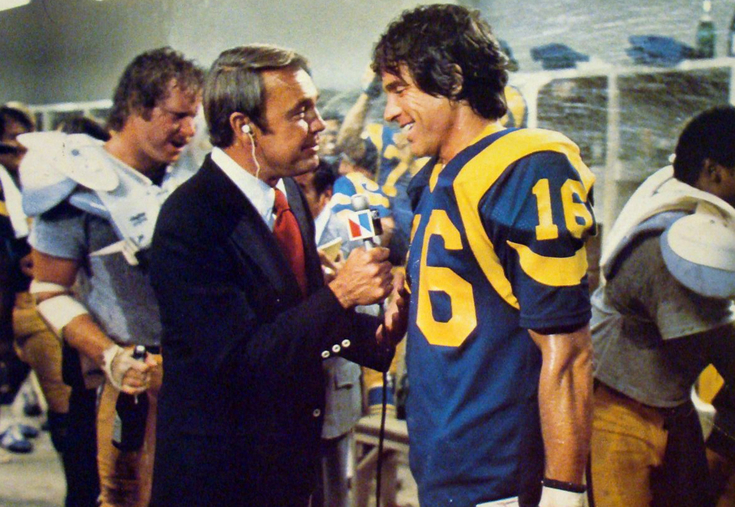 A scene from "Heaven Can Wait" (Photo via hitfix)

Hollywood has been making movies about football for almost as long as it has been making movies. Film studios fell in love with the high-stakes drama and action that embody the game of football. The 1915 film The College Widow, starring silent film queen Ethel Clayton, might be the earliest known Hollywood depiction of the sport on film. It was far from the last, however.

Since the early days, some of the biggest talents in show business have tried their hand at capturing football on film. Stars such as John Wayne, Burt Lancaster, Charlton Heston, Burt Reynolds, Warren Beatty, Dennis Quaid, Denzel Washington, Tom Cruise, Keanu Reeves, and Adam Sandler have all taken turns starring as the lead in football movies.

While football movies have always found success at the box office and in the hearts and minds of fans, the Academy of Motion Picture Arts and Sciences, presenters of the annual Academy Awards (aka the Oscars), has been less forthcoming with their praise. Few films, or actors, have been recognized for their portrayal of the sport of football by the Academy; what they have recognized though are some of the greatest films of all-time regardless of genre.

With the 90th presentation of the Academy Awards complete, here are the select few football films that have had dates with Oscar:

This satirical look at the Korean War (adapted from a novel by Richard Hooker), told from the perspectives of a collection of oddball army surgeons – at the eponymous 4077th Mobile Army Surgical Hospital was a huge success when it was released.

One of the highlights of the film is a “charity” football game organized by the officers; the star of that scene is none other than former three-time AFL All-Star Fred “The Hammer” Williamson; the Hammer is also given credit for directing the football scenes in the film. The star-studded cast featured Donald Sutherland, Elliott Gould, Tom Skerritt, Kellerman, and Robert Duvall and was the basis for the long-running acclaimed TV series of the same name.

Warren Beatty was at the peak of his star power when he helped create the third film adaptation of Henry Seagall's play of the same name. He plays multiple roles, including the deceased Los Angeles Rams quarterback Joe Pendleton trying to guide his team to the Super Bowl from the afterlife, as well as millionaire team owner Leo Farnsworth, and journeyman backup Tom Jarrett.

One of the best-loved films of the 1990s, this trip through American history as seen through the eyes of a “slow-witted but kind-hearted” man named Forrest Gump was a blockbuster and critical darling when it was released. Part of the reason it was such a phenomenon was the film's ability to insert Hanks as the character into archival news footage that saw him meeting Presidents Kennedy, Johnson, and Nixon among other historical luminaries.

Early on in Gump's journey, he discovers an uncanny ability on the gridiron, which earns him as scholarship to the University of Alabama to play for Paul “Bear” Bryant and the Crimson Tide. “Run, Forrest, Run!” has become a popular catchphrase, and the movie's success has spawned a chain of themed Bubba Gump restaurants across the country. Forrest Gump stars included Hanks, Sinise, Sally Field, Robin Wright, and Mykelti Williamson.

Writer-Director Cameron Crowe One of the most unconventional, yet best-loved, romantic comedies of the 1990s in this quirky tale of a sports agent who grows a conscience. Cruise gives one of the best performances of his career, and the film features a ton of real-life NFL stars and broadcasters, including Drew Bledsoe, Troy Aikman, Warren Moon, Frank Gifford, Dan Dierdorf and Al Michaels.

The film spawned a litany of catchphrases that have been forever ingrained into the cultural zeitgeist (remember “Show me the money!” and “You complete me.”) It also showed a realistic portrayal of what life is like for non-superstar pro football players and the business of sports. Gooding was rewarded for his performance in the film at that year's awards ceremony and famously did a backflip on stage – in full tuxedo! The cast of characters includes Cruise, Gooding, Renée Zellweger, Kelly Preston, Jerry O'Connell, Jay Mohr, Regina King, Bonnie Hunt and Jonathan Lipnicki.

As much a story about family and faith as it is about football, Director John Lee Hancock adapted Michael Lewis' best-selling novel for the big screen and it proved to be a massive hit with fans and critics. Chronicling the improbable story of the real-life relationship between future NFL star Michael Oher and his adopted family, the Tuohys, the film tugs at the heart strings and tells an amazingly unbelievable yet incredibly true story.

It follows his journey from homeless teen through his rise in football and in finding a family. During Oher's recruiting scenes, you'll get glimpses of college head coaches Houston Nutt, Nick Saban, Lou Holtz, Ed Orgeron, Tommy Tuberville, and Phillip Fulmer. There is also a great scene at the end showing the real Oher and his family and the success he found in the NFL. Starring Bullock, Quinton Aaron, and Tim McGraw has proven to be a must-see for football fans and non-fans alike.