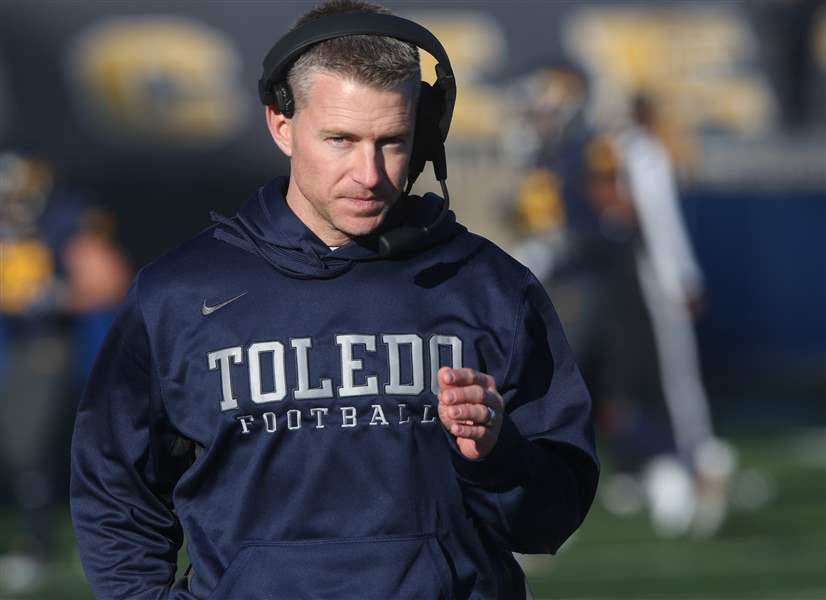 Today’s Coach and Coordinator podcast features University of Toledo head coach Jason Candle. Candle enters his third full season as the Rockets’ coach, and he’s been with the program since 2009. He started as a receivers coach in his first years at Toledo, moving to offensive coordinator and associate head coach during the 2014-15 seasons. Last year, Candle led the Rockets to their first Mid-American Conference Championship in 13 years with an 11-3 record.

Prior to Toledo, Candle coached at his alma mater Mount Union, an NCAA Division III football power in Alliance, Ohio. Candle worked with the receivers from 2002-06, then was the offensive coordinator from 2007-08. Mount Union won three national championships while Candle was on the staff and accumulated an 83-4 record over the six years Candle was there. Candle was able to play for and coach alongside head coach Larry Kehres, an 11-time national champion-winning coach at Mount Union.

Throughout his coaching career, Candle has coached several current NFL players, including wide receivers Pierre Garcon and Cecil Shorts at Mount Union, along with Kansas City running back Kareem Hunt while at Toledo.

In the podcast, Candle talks with host Keith Grabowski about his experience at Mount Union with Coach Kehres, as well as Candle’s coaching philosophy and style.